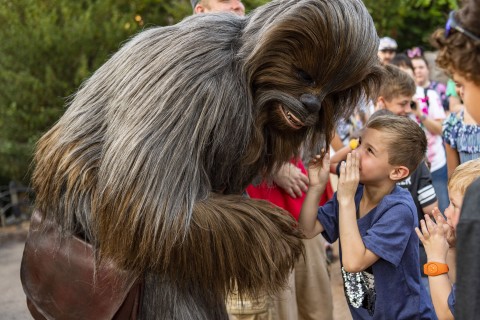 It’s been a busy decade for Walt Disney World.

We conclude our ongoing series about favorites memories from the past four decades at The Most Magical Place on Earth with one of the resort’s most exciting periods to date. The 80’s were awesome with the arrival of Epcot and Disney’s Hollywood Studios. The 90’s were a blast with the landing of Disney’s Animal Kingdom, and the 2000’s were a unique time of transition where kids’ attractions were given a chance to shine.

You could say the greatest earmark of the 2010’s was a bold commitment to expansion.

I have to admit that writing the last article was a bit of a challenge—the 2000’s were a time where Disney had to struggle through a CEO change and the repercussions of several poorly-received projects. Michael Eisner stepped down as CEO, succeeded by Bob Iger, and though Iger’s tenure as CEO certainly spurred its share of controversy (particularly regarding his aggressive stance on increasing visibility of intellectual properties), you can’t argue with the results. The last ten years have marked ten exciting years of explosive growth at Walt Disney World, including four major park expansions, dozens of new attractions, several resorts, and acquiring of the Star Wars franchise.

While fans off all ages got to enjoy some pretty neat advancements at Walt Disney World, the biggest winners of all were children and teens. It’s rather fitting that we conclude our series across the decades with 2010’s kids (who are, at the time of this reading, possibly still kids!).

What were some of 2010’s kids favorite wins at Walt Disney World from the last ten years? Here’s a few that stand out.

1. Fantasyland gets an INSANE makeover

Fantasyland is probably Disney’s most iconic land of all—after all, both Disneyland and Walt Disney World opened with Fantasyland. While the land’s timeless charm has kept it as one of the Magic Kingdom’s most popular hotspots, by the 2000’s, the land was starting to feel distinctly dated.

I’ve written before about how I didn’t use to be a fan of the Magic Kingdom. It was my least favorite of all Walt Disney World’s parks, and part of the reason I didn’t get much out of it was that I didn’t care for Fantasyland. Even as a small child, I preferred Tomorrowland and Adventureland. Fantasyland just felt too sugary, too tailored to small children, too stuck in the 70’s.

I have since changed my tune, and a key factor was the arrival of New Fantasyland in 2012.

After 40 years of little change, in the early 2010’s, Disney announced a massive overhaul of Fantasyland that would see the classic land transformed into an immersive fairytale wonderland. While pains were taken to preserve classic attractions like It’s a Small World, Peter Pan’s Flight, and the carousel, the changes were sweeping and resulted in the land doubling in size. Instead of singular attractions peppered through an enchanted village, Fantasyland was divided into neighborhoods—mini-lands where guests could experience the worlds of Beauty and the Beast, Tangled, The Little Mermaid, Snow White, and Dumbo like never before. The expansion would even solve one of the park’s longest-running complaints-- giving Dumbo a covered queue complete with a children’s play area.

I was admittedly skeptical at first, but when we finally saw what Disney had done—WOW. New Fantasyland doesn’t just make you reminisce childhood memories—it straight up makes you feel like a kid again. If you have any familiarity at all with Disney films, there is so much to take in and see. I went from completely skipping Fantasyland on most Magic Kingdom excursions to lingering there with my husband, just wandering through to explore, linger in the gardens, discover new Easter eggs, or watch Gaston brilliantly troll guests outside his tavern.

New Fantasyland brought us The Beast’s Castle, Ariel’s Grotto, Storybook Circus, and even The Seven Dwarves Mine Train (an excellent upgrade on traditional kiddie coasters). The land also introduced some of Disney’s most incredible character greet experiences yet—things that would have blown my mind as a kid, like getting to meet Ariel in her grotto or shoot arrows with Merida. If that’s not enough, the expansion also brought us one of Disney’s most popular restaurants for families, Be Our Guest.

I’ve never really viewed Epcot as a non-kid-friendly park— Future World, in particular, has always held appeal to kids, particularly those with curiosity about space, history, and innovation. At the same time, it’s hard to deny that by the 2010’s, Epcot was starting to feel a little stuck in the 80’s. The park was slowly being forced to move away from its sponsorship-based model, and it was becoming harder and harder to convince parents to visit World Showcase with kids.

As a huge fan of Norway’s Maelstrom, I was among many fans who weren’t thrilled to hear about Disney’s plans to overlay the ride with a new attraction based on Frozen. Though I’d hated Maelstrom as a kid, I’d fallen in love with its weirdness, its quirky heavy-metal-meets-tourist-documentary feel.

Personal preference aside, I totally get why Disney did it, and there’s no question that Frozen Ever After proved one of the park’s most successful attractions in decades. Indeed, with Anna and Elsa’s arrival, Epcot’s quietest little land quickly became its most popular, racking up multi-hour lines that increased the park’s popularity dramatically. Soon the pavilion received more elements from the Frozen series, including character greets (I particularly liked the wandering Vikings) and a new village section based on Arendelle.

The arrival of Frozen at Epcot may have been controversial—it’s understandable that many wanted the land to stay one of the more adult-oriented areas of the park. However, Walt Disney World is ultimately a family destination, and at the same time that I bemoan the loss of Maelstrom, I appreciate that Disney found ways to draw a new generation of kids to World Showcase.

This is a bit of a sidebar, but in the 2010’s, Disney made it a point to make sure wherever guests went, kids could find a place to dance! Dance parties have been a thing at Disney parks for a while—I remember dancing on Disney’s Boardwalk as a kid. However, 2010’s kids who love to dance will no doubt grow up with some pretty awesome memories dancing all over Disney parks.

Toddlers could cut lose with Disney Junior at Disney’s Hollywood Studios, and Epcot’s annual festivals introduced dance opportunities at parties and concerts. Magic Kingdom got parade crowds involved in picking songs for the “Move It! Shake it! Celebrate it! Street Party”, and Tomorrowland offered its own Incredibles-led dance party.

Probably the best place to dance in all the parks proved to be Disney’s Animal Kingdom, where kids could dance with Burudika or the African Village Band in Africa, then hop over to Asia to jump in with Bollywood Beats or join in a Bhangra dance party! Pretty cool!

4. The World of Pandora takes everyone by surprise

Let’s face it… It didn’t make any sense at all when Disney said they planned to open a land based on James Cameron’s Avatar.

Despite being one of the most financially successful films in history, Avatar just didn’t gain a massive fan following-- in most cases, kids weren’t tugging on their parents’ hems begging for Navi action figures. It seemed like an off-the-wall pick, a desperate ploy to keep Universal Studios from seizing the property after their recent win with The Wizarding World of Harry Potter.

Who knew Pandora would end up becoming one of the most successful land openings in Walt Disney World’s history?

Pandora: The World of Avatar opened to staggering success in 2017 as Disney’s first attempt at an ultra-immersive land not based on a traditional Disney property. Fans lined up in droves to get into Disney’s Animal Kingdom, and the land frequently hit capacity well before people could get in-- particularly to line up for the land’s flagship attraction, Avatar: Flight of Passage.

Pandora wasn’t successful because of the popularity of Avatar— it succeeded because it was genuinely, stunningly beautiful. You don’t have to know a thing about Avatar to love Pandora. It fit right into Disney’s Animal Kingdom as a fantastical celebration of nature blended with eco-focused science fiction. You’d walk in and catch yourself gaping at the alien plants, the hovering cliffs, the strange animals, the mech suit. Even more amazingly, it opened the door for Disney’s Animal Kingdom to start offering night hours with amazing shows of bioluminescent flora and fauna.

If the land alone wasn’t good enough, Avatar: Flight of Passage is hands down one of Disney’s most celebrated attractions to date. Many guests easily mark it as their favorite ride, a thrilling experience blending the flight and sensory vibes of Soarin’ with cutting edge 3D technology—and they managed to do it in a way many kids could enjoy too!

5. Happily Ever After blasts into the sky

After an almost 15 year run, Disney announced in the mid-2010’s that they would be retiring the popular Wishes fireworks spectacular in favor of a new show utilizing cutting edge projection technology. While fans were wary to say goodbye to Wishes, wow, did Disney pull through with a worthy replacement.

Happily Ever After is probably one of the most visually insane fireworks / projection shows ever. Even just watching on video, the effects are positively mind-boggling, transforming Cinderella Castle seamlessly from one enchanted form to the next while classic characters swing through, dance over, and --in the case of the Genie—blast off from its spires, all under a canopy of dazzling fireworks. The show is a total tear-jerker and will definitely prove a favorite memory for 2010 kids.