The second half of our day

With lunch over, we had about 150 minutes left for the rest of our tour. Test Track was under renovations at the time, and some of our party had ridden Frozen Ever After the previous day. So, we agreed to switch to Disney’s Hollywood Studios.

At this park, we entered the park at Rock ‘n’ Roller Coaster Starring Aerosmith before heading to Toy Story Land. A couple of members of our party weren't crazy about the Twilight Zone Tower of Terror, so we had to skip that one.

With the benefit of hindsight, Toy Story Mania! may have been a mistake, as we had a ringer in our midst. The Plaid outscored the other three people in the car…and I mean combined! From there, we hit Slinky Dog Dash twice and moved to Star Wars: Galaxy’s Edge.

Crowds had picked up a lot by this point, so we were making worse progress than earlier in the day. Our guide indicated that this would be our final ride, and so he asked us to track down all of our stuff from the van.

Disney had a particular cast member in charge of these items, which I thought was quite efficient. It seemed like many VIP Tours finished around 5 p.m. at Millennium Falcon: Smugglers Run, as that's where I noticed more Plaids than anywhere else that day.

With a party of nine, we had to split into two groups on the ride. Once it was over, we said goodbye to our guide for the day. Amusingly, he was scrambling for a ride at this point, as someone else had taken the van by then. 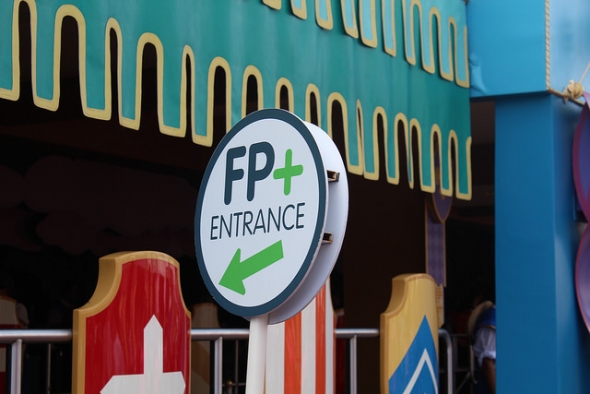 In total, we experienced 14 attractions, one of which was a show. We rode Slinky Dog Dash and Avatar Flight of Passage twice…because, why not, right? Overall, that's 16 different things in a single day. Disney strategists maintain that the optimal number of attractions in one day is nine. So, we almost managed two days' worth of stuff in seven hours!

Is that experience worth thousands of dollars? Okay, most people will say absolutely not. And I would probably agree if I’d had to pay for this opportunity. However, I loved the VIP Tour enough that I started doing some quick calculus in my head.

On various Disney message boards, some people split tours with friends (or even strangers). As a single participant in a full 10-person VIP Tour, you’d pay 10 percent of the overall cost. That’s probably about $400-$450. While you wouldn’t control the itinerary, you’d still get to do many E-ticket attractions in a single day for a reasonable cost. That’s an option worth considering at least once, just to experience a VIP Tour.

However, I must confess something here. The following evening, the same party of nine also attended Disney After Hours. During this ticketed event, which costs about $130 per person, we experienced 17 Magic Kingdom attractions in three hours.

Yes, we were stuck in one park, but we did even more in a shorter amount of time. So, these after-hours events are superlative options for theme park tourists who want to max out their Disney park visits.

Even acknowledging this, I’ll tell you right now that I fully intend to go on another VIP Tour at some point. It’s such an unforgettable way to do Disney that I give our experience a 10 out of 10, warts and all. We did Slinky Dog Dash twice in 10 minutes!!!

I've read other reviews that claim with the Private vip tour you use the same fast pass line as everyone else, and the tour is essentially giving you unlimited fast passes. But you seemed to imply for pirates of the Caribbean you walked right on, avoiding the fast pass queue? ?

Great recap. Looked into this option and was blown away at the cost!! Especially considering you STILL have to pay for food and general admission. Unbelievable.

Did the VIP tour include your park tickets?

No. Park tickets are not included and if you visit multiple parks in one day you must have a park hopper ticket. You do get scanned to enter the park even if you are entering from a backstage area.