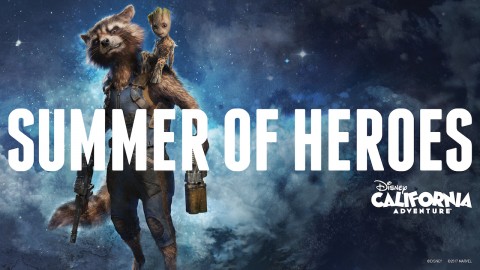 Theme park face-offs aren’t truly possible in most instances. Due to arcane licensing agreements, the attractions at one park will never appear at a competing one. An interesting exception has cropped up in recent years, though. Due to The Walt Disney Corporation’s purchase of all things Marvel, Universal Studios and Disney both feature superhero attractions. Strangely, these attractions are all from the Marvel universe, meaning that we CAN decide which theme park brand has done more with the same concept. Let's have a Universal/Disney showdown to determine which park has built THE best Marvel ride. 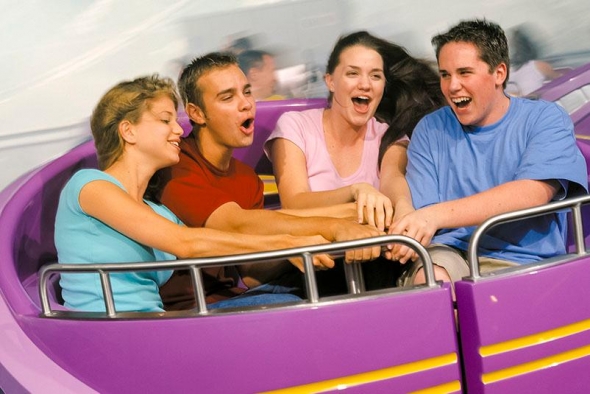 Image: UniversalI'd say that this attraction is more like a DC Comics ride due to its lackluster quality, but DC has some outstanding theme park attractions like Superman: Escape from Krypton. This particular Marvel-based attraction is just lazy. The only reason why it makes the list is that – truth in advertising – there are only six Marvel attractions in operation at the time of publication. Two more are right around the corner. Until then, I couldn’t very well leave out the terrible Marvel attractions and focus exclusively on the good ones.

Don’t get me wrong. Storm Force Accelatron is totally fine for what it is, which is a knock-off of Mad Tea Party at Walt Disney World. During the early years of Universal’s Islands of Adventure, money was tight. Park executives cut corners with several of these generic mimics of established attractions.

The premise here is that Storm from the X-Men is humanity's last hope. She must power up scientific thingy to give her X-companions more juice. The idea is that the more you spin, the more potent that Wolverine SNIKTs, Cyclops eye-blasts, and so forth become. Apparently, Magneto is the big bad, and the Accelatron is our only chance of stopping him.

I think I’ve just put more thought into the attraction than Universal did. On Storm Force Accelatron, you get in ride cart and spin. It’s mundane as far as 21st-century attractions go and frankly unworthy of attention beyond the fact that it features Marvel characters. 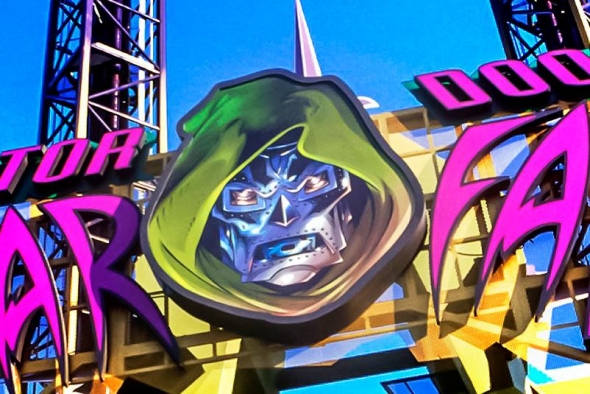 Image: UniversalI view this as the other “filler” attraction on the list. Nobody would ever describe Doctor Doom’s Fearfall as innovative or even original. It’s a space shot ride starring the bane of the Fantastic Four’s existence, Victor Von Doom.

You get in your seat, strap in tight, and then get “shot” straight into the air. During your ascension and the following bounces, you enjoy a terrific view of Islands of Adventure, although the view is partially obstructed by the accompanying roller coaster we’ll discuss in just a moment. Doctor Doom’s Fearfall is a 45-second ride that you will find in some form at most major theme parks. The only unique element is that Doctor Doom gleefully announces that you’ve just helped him defeat the Fantastic Four once and for all. Spoiler: He’ll lose yet again. 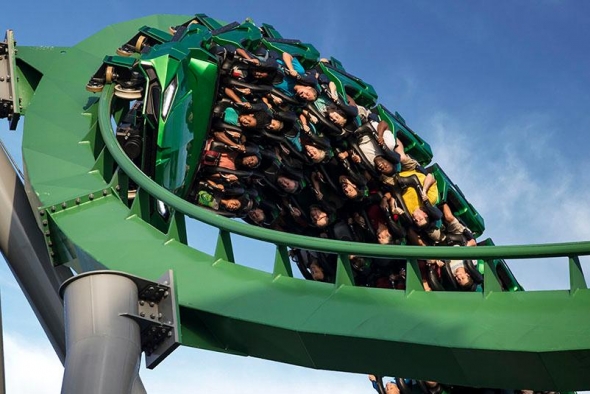 Image: UniversalOkay, now we’re getting somewhere. The top four Marvel rides in the world are all commendable and worthy of celebration. The Incredible Hulk Coaster doesn’t have a lot of Marvel theming beyond the name, but what it does have amuses me. The entire coaster track is painted Hulk-shaded green. Maybe the tracks were hit with gamma radiation, too?

Anyway, the design of the launch coaster assures that you’ll have hair flying in your face after a split second. The ride accelerates from zero to 40 miles per hour in 2.5 seconds. You'll tear through 3,800 feet of track at speeds of up to 67 miles per hour, a significant number. The Incredible Hulk Coaster is faster than any attraction at Walt Disney World, giving Universal bragging rights. The only downside of the ride is its length, as it's over 75 seconds. 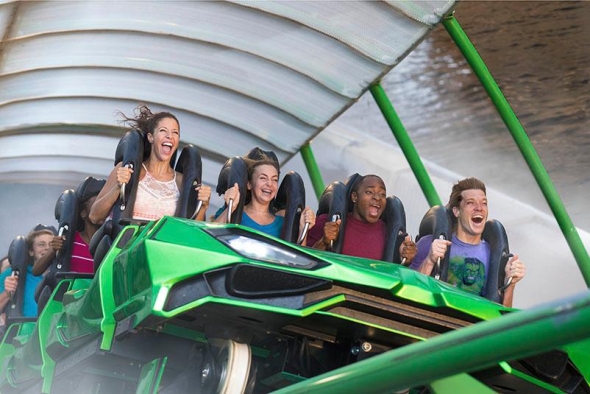 Image: UniversalStill, I get a kick out of the ride cart, which I affectionately refer to as the Hulkmobile. It’s a good, solid roller coaster, although its connection to Marvel is still quite nebulous beyond the green paint job. 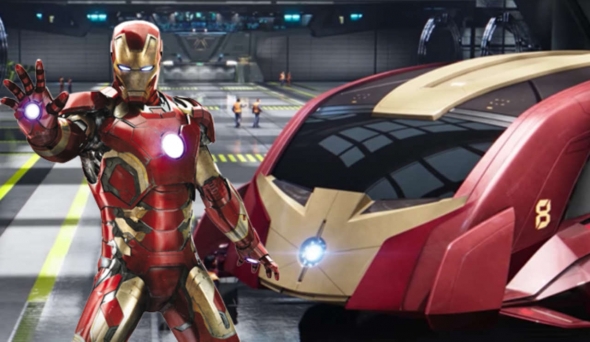 Image: DisneyWhen I think of motion simulation rides, my mind invariably goes to Universal Studios, as that’s like 60 percent of their rides. Disney theme parks also have some, though. Star Tours – The Adventure Continues is a beautiful example of motion simulation done right.

In 2017, Hong Kong Disneyland joined the fray with Iron Man Experience, which was first planned as a Star Tours attraction, coincidentally enough. Once Disney acquired Marvel, they wanted to introduce Marvel characters at the various theme parks. Due to legal concerns, however, they started outside of the United States. Iron Man thereby became the first Avenger to have a Disney attraction.

The theming here is quite possibly the best of anything on this list. I would say that either this title or the next one takes that honor. Unsurprisingly, both are Disney attractions. For all of Universal’s many accomplishments, it just can’t match Disney in its area of expertise, theming. This statement is never more apparent than in the line queues for the two Disney rides. 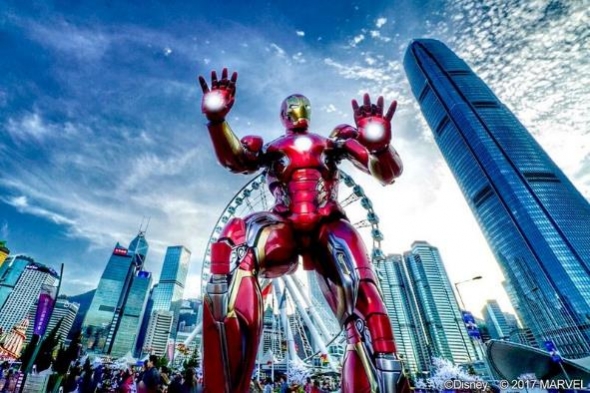 Image: DisneyWith Iron Man Experience, you’ll hang out at the Stark Expo, seeing all of the seminal moments from Tony Stark’s life. You’ll also see early versions of the Iron Man suit and some other clever iterations of the technology. Once you board the ride, well, it’s eerily similar to Star Tours.

You’ll fly through Hong Kong rather than navigate a spacecraft, but the play’s the same. You dodge objects, nearly die several times, and eventually return safely. In terms of ride evolution, I don’t perceive it as that innovative, which is why it isn’t higher on the list. But you get to fly through the air with Tony Stark and feel like you’re an Avenger!