Behind the Ride: Spaceship Earth

Everyone has a favorite Disney attraction. Mine is Spaceship Earth. Yes, I recognize that it’s an unconventional choice, but I’ve loved it since the first time I rode it back in 1983, the first year of Epcot. Only in recent years have I appreciated its greatness, though. Today, I’d like to take you behind the ride to explain why Spaceship Earth is the most important component of Epcot as a theme park and a concept.

The Experience: The most iconic visual at Epcot

The Trick: Following the teachings of a relatively obscure author 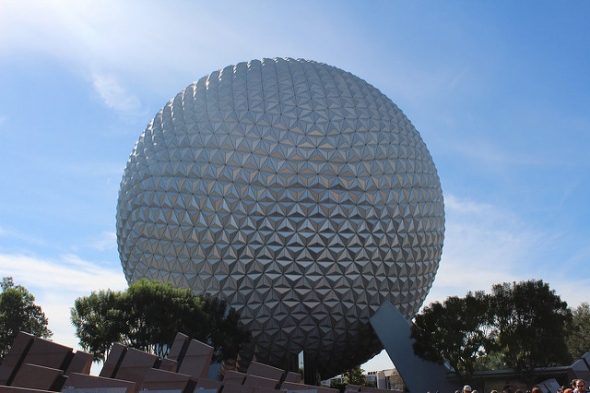 You may not know who R. Buckminster Fuller is, but you appreciate his creations just the same. Fuller’s impact on Epcot is as dramatic as anyone not named Walt Disney. He’s the man who popularized and patented the concept of the geodesic dome. You know it as the giant golf ball that sits at the front of Epcot. This creation is an architectural marvel…but not for the reason you think.

Sure, the Epcot ball known as Spaceship Earth is amazing to behold. It’s one of the two most important weenies at Walt Disney World, alongside Cinderella Castle. What it represents is even more important. Fuller’s teaching is that planet Earth is a spaceship flying through space, and all its residents are astronauts. So, you can brag to your friends that you’re an astronaut! 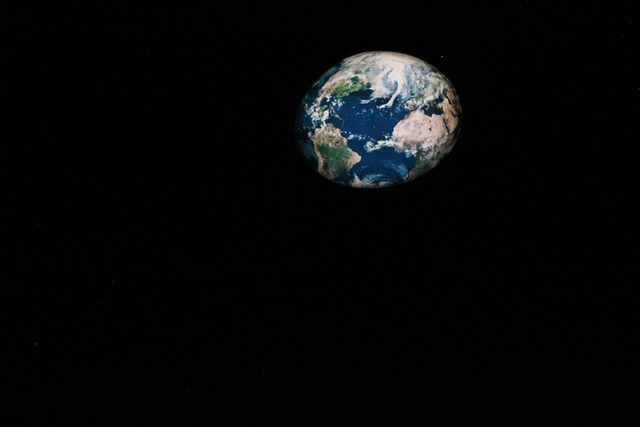 In his writings, Fuller enumerated the ways that our spaceship has limited resources. He also believed that mankind needed to find new, stronger constructs to build more efficient civilizations. One of those ideas is the geodesic dome, a concept he didn’t invent but did bring to the attention of American designers.

The genius of the geodesic dome is that its core is strong. It can sustain heavy loads due to its “lattice-shell” design. These constructs are also eye-grabbing. Yes, Spaceship Earth kills two birds with one stone for Disney. It’s the weenie that everyone knows by sight, even people who have never visited Walt Disney World. As a happy bonus, it’s symbolic of conservation and our societal need to work together, two of the underlying themes of Epcot. And Fuller was even kind enough to give the structure its name!

The Experience: Building a geodesic dome

The Trick: Breaking one big thing into 11,324 little pieces 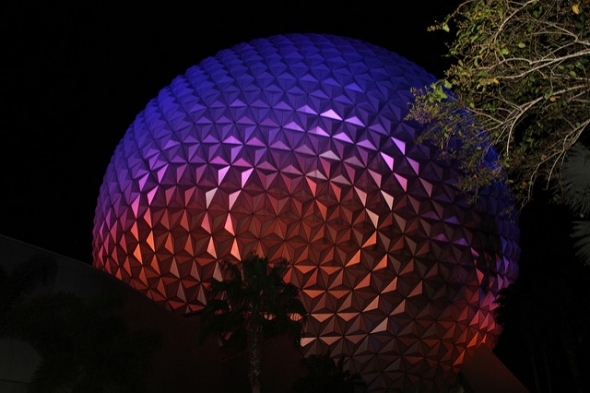 Of course, all of these comments are theoretical. Building the geodesic dome is where the real work happened. Spaceship Earth was a 26-month project that required six pylons buried between 120 and 185 feet into the ground to secure the foundation plus 1,700 tons of steel for dome itself. The outer surface of the structure is roughly 150,000 square feet, and the panels of it are known as alucobond. Disney uses this substance due to its mirroring effects. Alucobond shows guests below during the day and accentuates the sparkling lights of other park elements at night. 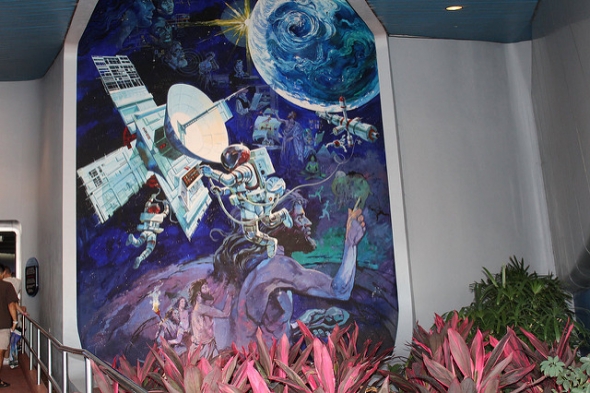 Spaceship Earth has 11,324 alucobond-based panels that give the building both its ability to support heavy weights and its novel appearance. These panels are also nearly indestructible and weather-resistant, both of which are important traits in hurricane-prone Central Florida. Spaceship Earth was by no means the first geodesic dome but even 35+ years after its creation, it remains the most famous one. 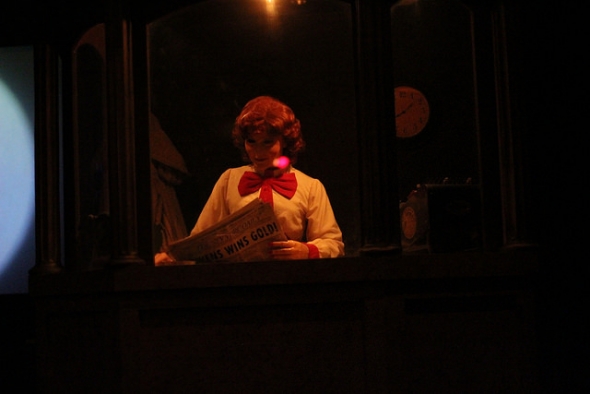 The most important parts of Spaceship Earth the attraction are the set pieces. Yes, this statement is true of many Disney attractions, as Walt Disney taught his team to build rides the same way that they illustrated movies. Most attractions compartmentalize cleanly into distinct phases. It’s particularly true of Spaceship Earth, though.

Since the space is so large (its dimensions are 50 meters by 55 meters with 2.2 million cubic feet in volume), these set pieces are among the biggest ever made for a Disney attraction. They must demonstrate grandeur in scale, particularly where the ball is at its widest. The wall projections for two of the scenes are done by necessity inasmuch as out of inspiration. 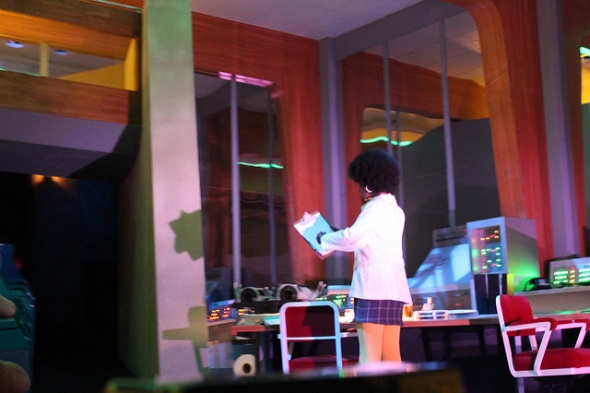 When Disney cannot project wooly mammoths or images of Earth from above, they use Audio-Animatronics (AAs) as lifelike recreations of important historical figures. Spaceship Earth features more than 50 of these robotic humans to tell several stories. Guests have developed favorites over the years such as the computer lab technician, the printing press owner, and the ancient teachers. Each one highlights an amazing set piece that tells a story with little to no dialogue. The accessories in each section disseminate the information.

Sometimes, Disney even repurposes existing AAs. Riders who pay careful attention will note that some of the AAs bear a striking resemblance to American presidents! It’s not your imagination. Disney has transferred a few AAs from Hall of Presidents to populate some of the scenes in inexpensive fashion. Teddy Roosevelt, John Adams, and Andrew Jackson are on display. When they’re not playing presidents, they’re a Roman Senator, a writing monk, and a Gutenberg printer worker.

The Trick: Keeping the dialogue fresh with Dame Judi Dench 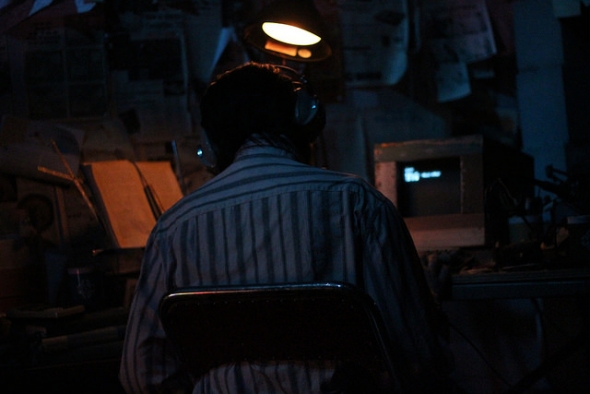 While the set pieces largely lack dialogue, Disney’s always employed a narrator to tie the experience together. In the earliest days, Vic Perrin explained the history of mankind as shown on the ride. You may not know who he is, but his casting made perfect sense at the time. He was Control Voice on The Outer Limits, which means he handled one of the seminal audio clips of the 1960s.

Perrin’s role at Spaceship Earth lasted only four years. There was nothing wrong with his performance. Park planners simply decided that they wanted someone with more stature. They chose legendary news anchor Walter Cronkite. Disney also added a cheesy song called Tomorrow’s Child to accompany the ride. 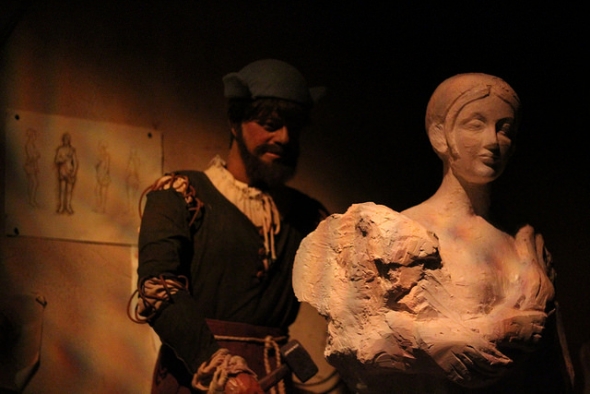 I’m of the opinion that this move distracted from the presence of Cronkite, one of the most trusted voices in broadcasting, but it’s a minor gripe. The important aspect is that Disney viewed Spaceship Earth as the signature attraction at Epcot. They updated it only four years after the park’s opening, changing the later section to reflect the new theme of Tomorrow’s Child. Then, they altered it again multiple times over the next several years.

One of those changes was to swap out Cronkite for Jeremy Irons in 1984. Only a dozen years after Spaceship Earth’s debut, Disney added a dozen new scenes, making the entire ride feel reborn. They also eliminated the Tomorrow’s Child portion, accepting that it hadn’t worked quite as well as intended. 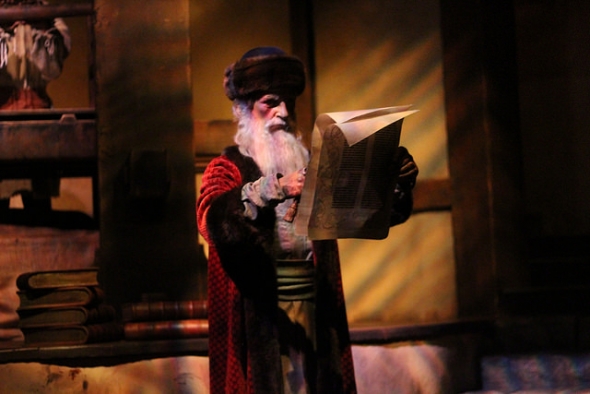 Irons maintained his role for 13 years, making him the current holder of the longest tenure title on Spaceship Earth. In 2007, Disney replaced him with the current narrator, Dame Judi Dench. They also altered several scenes and added new ones. Most importantly, Disney…well, we’ll get to that in the next section.

The purpose of Dench, Irons, Cronkite, and Perrin has always been the same. The narration fills in the space between the set pieces. Disney can explain the importance of each sequence without boring the audience. It makes each standalone story feel like part of a larger tapestry, the evolution of humankind throughout history.

The Experience: Choosing your own adventure in the future

The Trick: Upgrading tech to make the ride down as engaging as the ride up 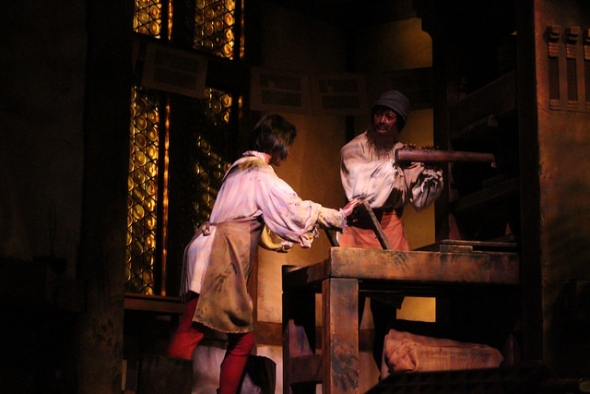 With the 2007 update, Disney finally found the perfect ending for the attraction, the downward phase that’s always been problematic. Imagineers added an element that gamified this section. They did so to honor the new sponsor of Spaceship Earth, a forward-thinking corporation named Siemens, who came onboard in 2005. While the sponsorship ended in 2017, the ideas from it remain fruitful to this day.

On the current iteration of the ride, you can use a touchscreen to choose a few aspects of your future life. Once you’ve completed the interactive questionnaire, Spaceship Earth produces an adorable animated video that displays a better tomorrow, one where technology makes your life easier.

The “choose your own adventure” portion is the missing element that this attraction always needed to exemplify all phases of the Epcot dream. Now, the ride starts with a visual, informational section before segueing into an optimistic take on life a few years from now. It’s the perfect mix of understanding yesterday while looking forward to tomorrow, precisely what Walt Disney did when he announced the Experimental Prototype Community of Tomorrow more than half a century ago!

Nice article, but a few factual misses. The first narrator wasn't Vic Perrin, as confirmed by Marty Sklar in a 2008 interview, but was Lawrence Dobkin. Also, it says Jeremy Irons took over in 1984 but that's incorrect and likely a typo as it was 1994.