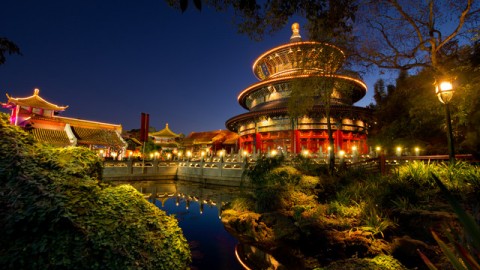 You know the story by now. Walt Disney’s vision for his Experimental Prototype Community of Tomorrow included a permanent World’s Fair-style site. The founder of what we now know as The Walt Disney Company enjoyed his finest moment at the 1964 New York World’s Fair. It was during this two-year global event that the Imagineers of WED Enterprises cemented their reputation as some of the finest engineers in the world.

Disney built four attractions for the World’s Fair, and then they persuaded other companies to pay for their transportation to new permanent residences at Disneyland. One of them, Carousel of Progress, still exists (mostly) in its original form today at Walt Disney World. Another, It’s a Small World, has become one of the most famous theme park attractions on the planet.

As much as Disney as a company influenced the World’s Fair, however, the event itself similarly left a lingering imprint on Uncle Walt. He felt a profound connection to the world travelers who all came together in New York City, and he was touched by how much they loved his new creations. From that moment forward, the head of the Imagineers aspired to create a permanent host site for the people of the not-so-small world.

The method for bringing this fluctuating but constant World’s Fair into existence eventually became the World Showcase at EPCOT Center. By the time it arrived, however, the company, and the entire world for that matter, had lost the visionary who’d conceptualized its existence.

In their founder’s absence, Imagineers had to soldier on, doing the best job that they could of turning his wishes into reality. The problem they faced was that Walt Disney as a businessman was every bit as gifted as Walt Disney as an inventor or storyteller. Without his power and influence, many sacrifices were necessary to finish EPCOT Center.

Perhaps the loss of the man who “invented” Walt Disney World explains why EPCOT Center took so long to construct and included so many attractions that aged poorly. Whatever the explanation, park planners did cross off one key component from Uncle Walt’s checklist. Half of the new park functioned as an ever-present World’s Fair, a host site for pavilions from many of the most prominent countries in the world.

In the early days, the World Showcase portion of EPCOT Center had grand ambitions as an often-expanding cultural melting point with a finger on the pulse of global interaction. Over time, those dreams became convoluted by a messy combination of politics and money. While nobody realized it at the time, the international representatives of Norway would introduce the final pavilion in 1988, almost 20 years ago. Meanwhile, promised appearances from Africa, Israel, Poland, Russia, Spain, Switzerland and Venezuela never materialized.

What’s the explanation for the awkward, unchanging composition of the World Showcase? How did Disney officials choose the nine original countries and two later additions? Why weren't there more at the start? And what went so wrong that Disney stopped building pavilions in spite of promises and press releases stating otherwise? Everyone has a strong opinion about the relevance of Future World in the Age of Technology, but don’t many of those same criticisms apply to World Showcase? Let’s find out…

The conceptualization of EPCOT 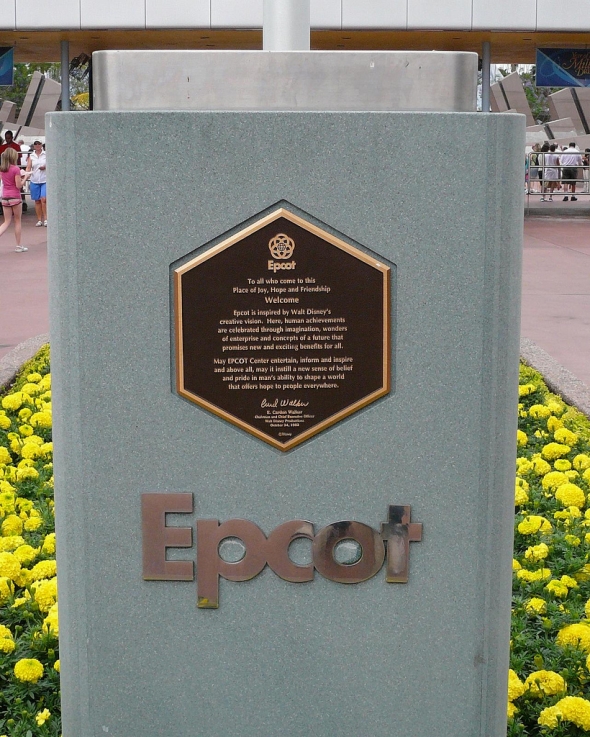 “This concept here will have to be something that is unique, so there is a distinction between Disneyland in California and whatever Disney does in Florida.”

“And EPCOT will always be a showcase to the world for the ingenuity and imagination of American free enterprise.”

All of these quotes are attributable to Walt Disney. He recited each one during the press phase of the EPCOT announcement, and each reflects the excitement and optimism Disney felt about the new endeavor. Sadly, he passed away in 1966, only two months after the company unveiled the Florida Project film. That left his amazing staff of Imagineers with an impossible situation. They had to anticipate what the company owner had intended for the 27,000 acres of land Disney had stealthily acquired from unassuming Floridians. Their short term financial loss was beneficial to the future of central Florida as a whole. Walt Disney World eventually became the most popular set of theme parks in the world, but their early struggles are well chronicled by now.

In order to finance the other parts of Walt Disney’s plan, his brother Roy O. Disney had to focus on monetization early on. Purchasing the land had left the company strapped for cash, and they’d already adapted their sweeping goals for the utopian city even before Uncle Walt’s death. Both men understood that the theme park ticket sales would pay for the other aspects of the City of Tomorrow. Still, no one expected an 11-year gap between the debut of "Disneyland East", the Magic Kingdom, and EPCOT Center.

The explanation for this delay is that Disney’s death left his successors without a guided path forward. They knew of his vague plans for a permanent World’s Fair site. Many of them had witnessed the 1964 New York exhibition firsthand, and they recounted stories of their employer’s joy over the reception of the four Disney pavilions. They understood that Walt Disney World would include something along those lines, but it’s akin to your boss telling you that you need to complete that project you discussed last year. You lack the specifics to feel comfortable about the project’s direction without additional input. With Walt Disney gone, nobody would offer that counsel. Imagineers had to make it up as they went along.

Somehow, all parties worked together well enough to launch a version of EPCOT Center worthy of Walt Disney’s legacy - even if it didn't come anywhere close to matching his overarching vision of a living, breathing community. A great deal of credit should go to the employees involved as well as the man who trained them as Imagineers. They embraced the challenge and unified under a singular purpose: honoring their leader’s vision of a better world. A key component of that new and improved tomorrow was an international hub. The politics of it were a nightmare, though.

Thanks anyway, but we’re good 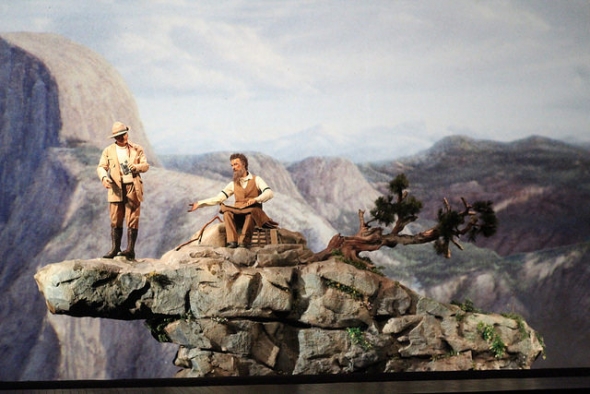 Unbridled enthusiasm embodied the earliest days of planning EPCOT Center. The launch of Magic Kingdom left Imagineers and park planners in a celebratory mood. The park had almost instantly become one of the top tourist destinations in America. While the company still suffered financial challenges that forced them to choose selectively among options for new attractions, everyone involved felt that the first Walt Disney World gate had succeeded beyond all reasonable expectations. Once the corporate purse strings loosened, they had complete confidence in phase two, the place we now know as Epcot.

The planning phase of the second Florida gate came from strategists brimming with confidence. They saw no reason why countries would choose not to join Disney in their unprecedented endeavor. In their view, the new locale would offer its participants the opportunity to grow their brand, so to speak. For a country, that meant indoctrinating tourists to a new culture brimming with authentic foods, merchandise, and artisans. The first members of the World Showcase would effectively gain a new point of ingress to American dollars.

And here’s where the story takes a turn. To bring the truest version of Walt Disney’s dream to life, park planners reached out to 31 countries. Their sales pitch was simple. Disney would build two parks in one space, the equivalent of a constant World’s Fair site. The front half would highlight emerging technologies while prophesying future feats of science and engineering. It would mimic Disney’s 1964 pavilions such as Ford with the Magic Skyway. This portion would attract adults seeking something a bit more mature than the Mickey Mouse-based fare available at Magic Kingdom.

The back half of EPCOT Center, the World Showcase, would cater to the same guests in a different way. It would feature permanent shops and restaurants inside breathtaking facilities representative of the presenting countries. Each participant would enjoy input into the design of their pavilion, a first for Disney as a company. They contracted some engineering work out to businesses such as Arrow Dynamics, but Disney had always maintained control of the creative process. With the World Showcase, they were willing to cede control of some aspects to the governments who knew their heritage and aesthetics better. It was a thoughtful gesture on Disney’s part.

How many of the 31 countries with Disney offers would you guess signed up?

Unless you guessed zero, you’re wrong.

Interesting article! It certainly puts the conversion of Maelstrom into Frozen in a new light. By placing such a popular property into World Showcase, Disney is likely hoping for increased visits (and revenue) for EPCOT. If business gets better, it could be a deciding factor for nations still on the fence about pavilions of their own.

Disney doesn't seem to know what to do with Epcot. Futureworld just closes things and doesn't replace them. It's kind of sad to walk around there. I don't have any ideas for that except just don't make the place seem like a graveyard.

The Food and Wine festival proves how popular a world showcase can be.They should just bite the bullet and pay for more countries. There don't even have to be rides, just more culture. I think additions of countries could reinvigorate the park.