One Road Convinced Walt Disney to Bring the Magic Kingdom to Florida. 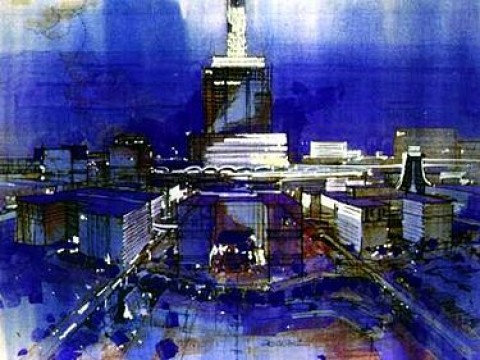 Walt Disney proved himself a visionary on many occasions and in the truest sense of the word. A master creator, he built something from nothing, first when he scribbled illustrations on paper and then later when he founded a company to publish his drawings. Over time, he became a legend in the movie industry. To this day, he stands as the all-time champion in Academy Awards victories despite being dead for half a century.

To theme park tourists, however, Disney will always stand apart as the man who invented the very concept of the theme park. With Disneyland, he married the ideas of carnival rides and roadside attractions with his small but constantly growing group of intellectual properties. And yes, the entire premise was started by a mouse.

After achieving so much with his first theme park, Disney sought new adventures and new challenges. As one of the key cogs of the space age, the man who brought the monorail into the pop culture zeitgeist never found satisfaction in the ordinary. He wanted his ventures to fundamentally alter people’s perceptions of what was possible. Of particular importance to Uncle Walt was the future of society. Perhaps the reasons why are easy to understand. While the world knows him as an uncle, Disney fathered two children and was already a grandfather multiple times by the start of the 1960s.

When he looked at daughter Diane Marie Disney and her children, he saw what so many proud parents do. He glimpsed into a tomorrow he would never live to see. A chain-smoker all his life, Walt Disney recognized that the average life span of a man in the 1960s was roughly 66 years. At the start of the new decade, Disney was 59-years-old. He knew all too well that even if he beat the odds and lived longer than the average American male of the era, the 1970s would likely become his last decade. If he wanted to change society, he needed to do it quickly. The fate of his grandchildren depended on it.

By prioritizing the destinies of his children’s children, Disney embodied so many men of a certain age. Where he differentiated himself from other aging patriarchs, however, was in his ability to address the problem directly. Disney knew better than anyone else in the world that the staff he’d dutifully trained at WED Enterprises embodied the best of mankind’s troubleshooters and problem solvers. If he presented them with a bold vision for tomorrow, these brilliant minds possessed the unharnessed ability to change the world for the better. Disney’s Imagineers could build a utopia if only he placed them in the perfect position to excel. But first, he had to ask one simple question. What would it take to build… 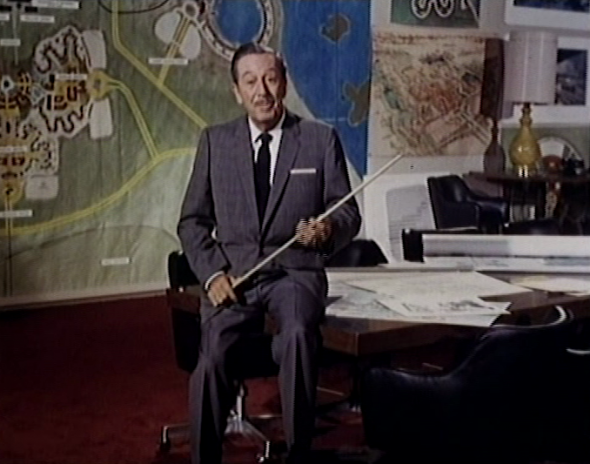 Independent of the era, one issue drives mankind. How can we build a better tomorrow? Walt Disney grew obsessed with this question as he entered the last few years of his life. It wasn’t enough for him to revolutionize the movie industry with Snow White and the Seven Dwarfs. He needed more than World War II heroics on his resume. Even founding one of the most powerful corporations on the face of the Earth didn’t satisfy Uncle Walt’s hunger. Only as he designed Disneyland did he begin to understand his true life’s ambition.

Disney’s Anaheim theme park stood as a testament to his willpower. He built something from nothing on land that would have served other purposes in time, but when he purchased the space, it was nothing but orange groves. On this site, he developed the Happiest Place on Earth, but even Walt Disney felt forced to make sacrifices during the endeavor. As rich as he was in the mid-50s, he still couldn’t afford all the land he needed to secure Disneyland’s future, an issue the park still struggles to overcome today. He also didn’t have the ability to dictate terms to the California government, who provided pushback on many of Disney’s most aspirational plans. Where others see ultimate success today, Disney saw compromises and half-measures after five years of his park’s existence. He wanted to do better. He knew that he COULD do better. 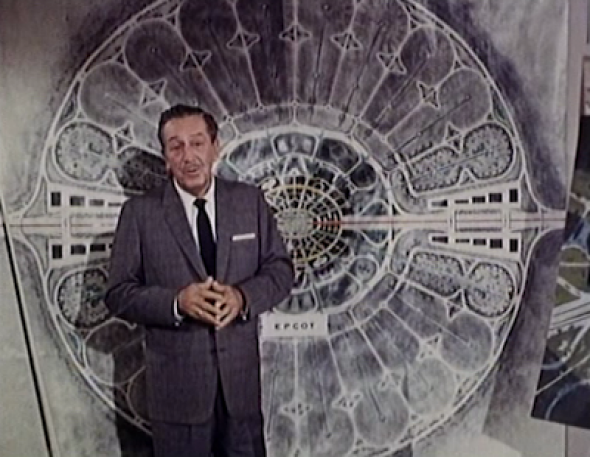 What Disney would need to fulfill his dreams were things that the boomtown of greater Los Angeles, California, couldn’t provide. He’d have to travel east to build something worthy of his grandest dreams. In the right location, he could operate without government interference. Disney, a staunch conservative and proven World War II patriot, believed that bureaucracy frequently stood in the way of greatness. His interactions with the great state of California strengthened his convictions about the dangers of big government. He’d need to buy land in a region desperate enough for industry that the local government would cede a great deal of authority to a powerful new land owner.

As much as anyone of his era, Disney weighed logistics in his decision making. The constant traffic in California, which people would consider empty roads today, bothered him greatly. The metrics for Disneyland bothered him even more. Research data indicated that only five percent of park guests arrived from east of the Mississippi River, a staggering stat given that roughly 75 percent of the population resided on the eastern side of the country.

Disney planners needed a place where people on the East Coast would want to visit. Given his strange parameters, his search radius required a locale with a great deal of land available at bargain prices. It also had to be somewhere that people outside the state could visit conveniently. And he wanted to have enough pull with the local government that the next Disney “park” would play by Uncle Walt’s rules.

I think it would have been neat to see this come to life. I'm not sure how it would be today, but I think Disney could profit off of something like this if they tried to build it.