Duplicated at Almost Every Disney Park, this is One Attraction that is Truly Iconic 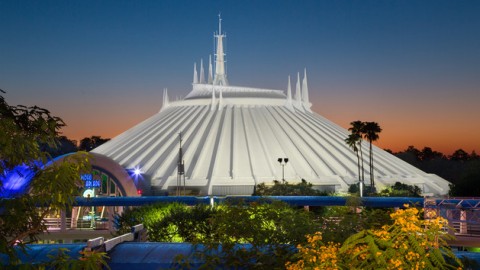 If imitation is the sincerest form of flattery, no theme park attraction has ever enjoyed more compliments than Space Mountain. Equal parts dark ride and roller coaster, this thrill ride has become so synonymous with the Disney theme park brand that its pop culture relevance surpasses virtually everything else at the Happiest Place on Earth. And most impressively, it gained its iconic status in the theme park industry despite having modest stats. It travels less than 30 miles per hour, which is barely more than the fastest humans can run. It includes none of the inversions and few of the g-forces that have become a standard part of all thrill ride discussions, yet its legacy has sustained momentum over more than 40 years of service.

In simple terms, Space Mountain is the living legend of the roller coaster realm. It is the Beatles, Elvis, and Prince all wrapped up in a single man-made construct. At Walt Disney World, its host building stands a whopping 180 feet tall and 300 feet wide. It cost more to construct than the entirety of Disneyland. The building and the ride revolutionized the industry so much that park planners conceived it more than a decade prior to its introduction. In fact, Walt Disney himself championed the attraction that wouldn’t open until almost a decade after his death. The debut of the original Space Mountain happened in 1975, but blueprints for it date back to 1964. And some place its initial design even earlier than that, 1959.

After more than 40 years in existence, Space Mountain still causes debates about what it was and when it began. In this article, we’ll settle a few of those, at least as much as we can. Let’s learn how the signature roller coaster at all of Disney’s theme parks came into existence. Hint: it involves a German rocket scientist, the co-founder of Intel, and a theme park that aspired to be more than Disneyland East.

A bobsled that led to space travel 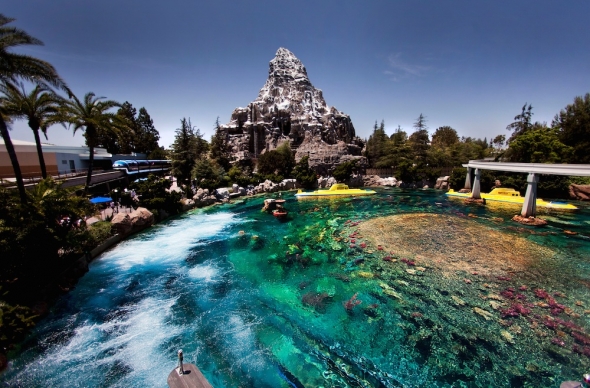 The Matterhorn Bobsleds at Disneyland broke the mold with regards to theme park attraction design. It was the first tubular steel continuous track roller coaster ever invented, and its instant popularity changed the course of amusement park history. Whereas park planners had once envisioned modest rides fit for the whole family, the advent of the Matterhorn Bobsleds opened their eyes to a new type of adventure. Parents spending a day at the park could enjoy something a bit splashier than the slow rides such as Autopia. Imagineers built those with the intent of mothers and fathers playing with their children. What they failed to grasp at the start was that parents sought their own forms of entertainment. Similarly, kids eventually grew and matured, effectively aging out of the themed attractions targeted toward the youngest park guests.

With the Matterhorn Bobsleds, adults seeking a bit more thrill could join their children in enjoying the Happiest Place on Earth. The attraction also became a badge of honor for kids. Once they were old enough to ride it, they would receive a self-esteem boost while also having a highlight they could later brag about with their friends. Parents know the look all too well today. It’s the one where your beloved babe stands on their tippy toes until they’re tall enough to qualify for the ride. Then, they battle their fears as they tighten their seat belts, eventually realizing that they had no reason to fear anything. It’s a proud moment for parent and child. It’s also possible due to the Matterhorn Bobsleds, the first wildly popular thrill ride.

The German scientist who paved the way 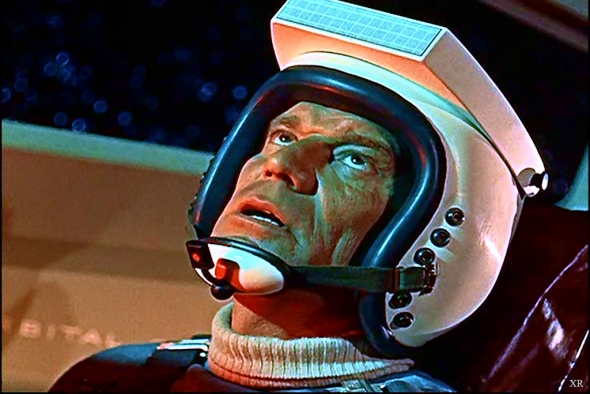 The baby steps of introducing theme park tourists to a thrill ride actually came second in the story of Space Mountain. Before the conceptualization of the roller coaster, the employees of what we now know as The Walt Disney Company had to fall in love with the premise. While the popularity of the space race and mankind’s quest to walk on the moon is well established by now, the origins of it are less publicized. Perhaps the explanation for this is understandable as the man who stoked society’s passion for space travel was a German expatriates, Wernher von Braun, the Father of Rocket Science.

In 1945, whether due to political beliefs or an awareness of the impending victory of the Allied Powers, von Braun planned to defect from Germany to America, and brought along some of his co-workers and protégés, who all joined the United States Army.

Wernher von Braun served in the Army for 15 years. Understandably, his new bosses in the military expressed reticence in letting him work on his passion project, space travel. After a few uncomfortable years of service, von Braun transferred to Huntsville, Alabama, where he became an integral part of the team working on the Redstone rocket project. After its successful testing, von Braun secured his legacy as the world’s foremost expert in rocket technology.

Man in Space, a science feature from Tomorrowland 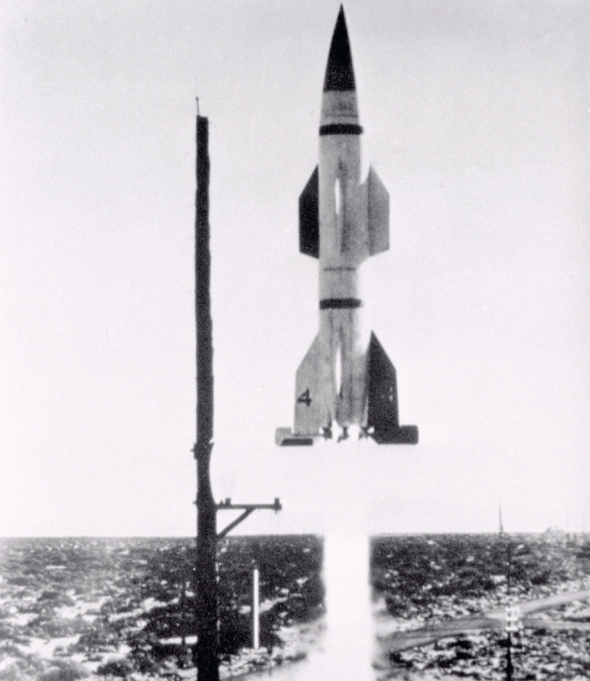 The historic achievement of the Redstone rocket elevated von Braun’s reputation within the government as well as to interested onlookers. He became a mythic figure in the space age community, publishing his vision for the outer space exploration in Collier’s Magazine. Strangely, this publication would cease to operate only a few years later in 1957. When von Braun contributed, however, it claimed more than four million readers. His thoughts about launching men into outer space captivated multiple generations of mankind, both adults dreaming of a better world for their children and kids who got starry-eyed of the thought of living on the Moon.

Disney as an organization moved to join forces with von Braun. Uncle Walt loved the idea of sending a man to space, and he recognized the Father of Rocket Science as the most likely person to bring the dream to life. Starting in 1955, Disney aired what they described as “science factual” programs celebrating the space race. The first of them was entitled Man in Space, the second Man and the Moon, and the final one Mars and Beyond. The third of them reflected the ambition of mankind at the time. Once we’d conquered the Moon, everyone assumed that Mars would be next, something that still hasn’t happened almost 50 years after Neil Armstrong walked on the Moon.

Ward Kimball, one of the legendary Disney’s Nine Old Men, helmed these three projects, all of which aired under the Disneyland TV umbrella. You can actually watch the first episode on YouTube, and you’ll note that it starts with Walt Disney himself explaining why the subject matter is so interesting. In order to guarantee authenticity for these investigations about mankind’s future in outer space, they hired the foremost expert on the subject, von Braun. He served as technical advisor on all three projects, thereby building a relationship with WED Enterprises that would last decades. Space Mountain eventually became the ultimate outcome of this partnership.

The three episodes also played an unlikely but seminal role in the actual Moon landing. The widespread popularity of all things Disney during the 1950s guaranteed a massive viewing audience for the programs, one that dwarfed von Braun’s readership in Collier’s Magazine. No less than the President of the United States, Dwight D. Eisenhower, took note of the projects. He personally requested that Disney provide him a copy that he could exhibit for government officials of the mindset that space travel was a lot of hooey. Once he got their approval, the public found out years later that actual members of Mission Control during the Moon landing joined NASA because they’d loved Disneyland TV’s “science factual” programs as kids. Disney and von Braun worked together to create programming so impacting that it changed the course of history.