Behind the Ride: 5 MIND-BLOWING Facts about Matterhorn Bobsleds 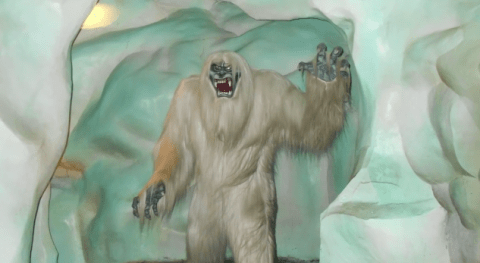 During the late 1950s, Walt Disney and his legendary staff at WED Enterprises shared a grand vision. They intended to bring the majesty of the snowy Swiss Alps to constantly sunny California. The architecture they invented became the basis of the amusement park industry as we know it today. Theirs was truly the first tubular steel continuous track roller coaster, and it was instantly iconic the moment it was introduced to the public in 1959. Whether you’ve been onboard this historic roller coaster or not, you still know of it. In the days before Space Mountain, it stood as the pinnacle of Disneyland. Let’s go behind the ride to learn five amazing facts about the Matterhorn Bobsleds.

The Experience: Bringing an iconic Swiss landmark to California 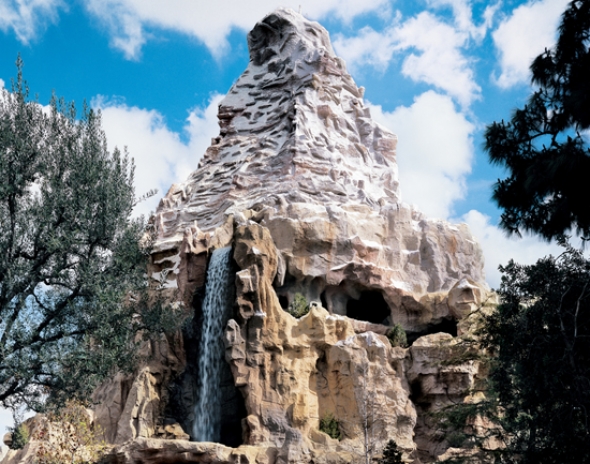 You’ve probably never heard of a movie called Third Man on the Mountain. It was a 1959 Walt Disney Productions release starring Michael Rennie, who is only famous for portraying the alien in The Day the Earth Stood Still. Despite the forgettable nature of the mountain movie, it had a profound, lasting impact on pop culture.

During the filming of this production, Walt Disney visited Switzerland many times, falling in love with the beauty of the landscape as well as the sophisticated culture of its people. One day, Uncle Walt felt particularly appreciative of the Matterhorn, the iconic highlight of the Swiss Alps mountain range. Whether true or not, folklore indicates that Disney grabbed a souvenir postcard from a nearby shop and mailed it to one of his employees, Imagineer Vic Greene. The message was simple. “Vic. Build This. Walt.” While it reads like a text from a demanding eight-year-old, the simple statement directly led to the introduction of the steel roller coaster.

The long-forgotten part of this story is that Third Man on the Mountain was intended to be a blockbuster. Despite a difficult shoot once chronicled during an episode of Walt Disney Presents, Disney had a passion for the story. He felt that American teens came across poorly in 1950s cinema, so he wanted to make a movie that showed them in a different light. In order to assure the success of what was the 1950s equivalent of Vertical Limit in terms of breathtaking mountain climbing, Disney tethered the film’s promotion to the debut of the Matterhorn Bobsleds. For the grand opening of the attraction, he even had actual mountain climbers scale the man-made structure as if it were a real mountain. You can watch the gloriously awkward television promo here.

The Experience: Bringing a snowy mountain in California 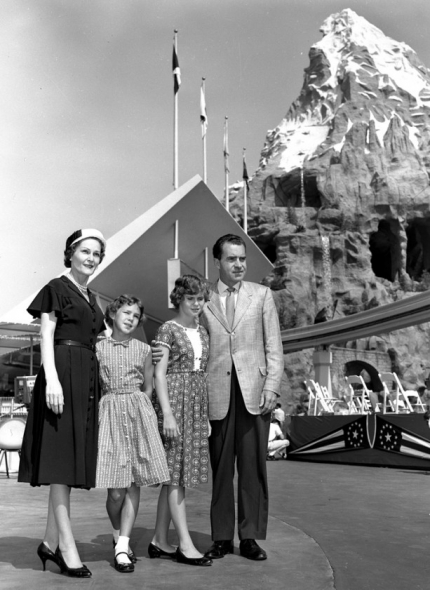 Before all the above could happen, there had to be a mountain. Understanding his superior’s attention to detail, Greene and the rest of the WED Enterprises team started calculating ways to bring an idyllic mountain setting to Walt Disney World. As they discussed solutions, a giant pink elephant danced in the living room. Disney requested a snowy recreation of a toboggan ride through one of the highest points in the park. In the 1950s, it snowed about as often at Disneyland as, well, it does today, which is to say virtually never. Even attempting to do so artificially, something the company has mastered over the past 50 years, would’ve been too tricky in the late 1950s. The Imagineers began to call the unbuilt mountain Snow Hill.

Eventually, they persuaded their boss that a valid recreation of the Matterhorn was possible. He simply had to relent on the snow part. Rather than creating real snow every day, the Imagineers pointed out that they could simply paint frosty weather on the side of the faux mountain. After all, they were building it from scratch, so they could design it any way they liked.

While the Matterhorn isn’t even the tallest structure at Disneyland, and hasn’t been for several decades now, the initial build was historic. Disney’s staff recreated the West Coast version of the Matterhorn to the best of their ability. Even its height, 147 feet, has a precise purpose. It’s a 1/100th scale model of the 14,700-foot tall mountain. In 1959, it was the tallest man-made facility in the greater Los Angeles area before corporate skyscrapers became popular during the 1960s.

In order to complete the desired reflection of Switzerland, its builders intentionally designed the mountain to have several gaps. Whenever prompted, Walt Disney gleefully explained the thought process. There were holes in the Matterhorn “because it is a Swiss mountain.” That’s the difference between amusement parks in 1959 and today. You don’t see a lot of cheese puns in modern architecture. Then again, this entire paragraph might confuse you since the Matterhorn doesn’t have the holes any longer. Over time, Disney employees accepted that safety concerns deserve prioritization over a sight gag/food pun.

The Experience: Creating the sensation of a sled ride down a giant hill 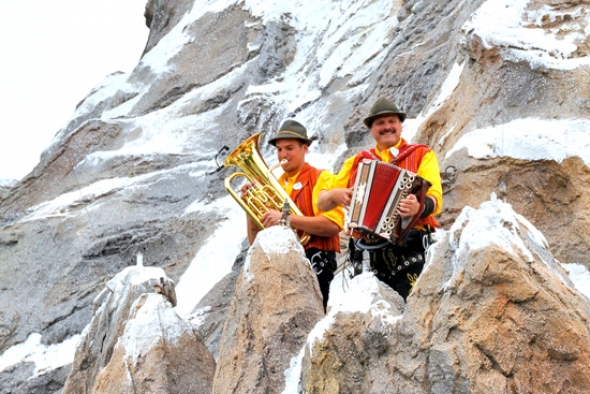 Walt Disney’s request for a toboggan ride didn’t fall on deaf ears. His employees understood that what their boss really wanted was simple. He wanted guests at the Happiest Place on Earth to enjoy a simulated recreation of a snow day on a mountain side. Everyone loves grabbing a sled and heading to the top of the tallest hill in town, after all.

Since Disney wouldn’t be able to supply the ice, they had to come up with a similar sensation. Their idea was to simulate a popular sport from the Winter Olympics: bobsledding. The issue they faced was that bobsledding came with certain perils that wouldn’t be acceptable for casual riders. Disney needed to build something that provided the desired bobsledding sensation while keeping guests safely on rails.

To accomplish their goals, Disney returned to one of their favorite collaborators; Arrow Development. Technically a machine shop in nearby Mountain View, California, the founders of this company quickly developed a close relationship with Disney. He called on them to work on a carousel for Disneyland prior to its debut. Impressed by their work, Uncle Walt continued to outsource work to them on seminal projects such as Mr. Toad’s Wild Ride, Autopia, and Snow White’s Scary Adventure. Once Disney appreciated the challenges of his vision for the Matterhorn’s accompanying attraction, he asked them for suggestions on how to make his dream a reality.