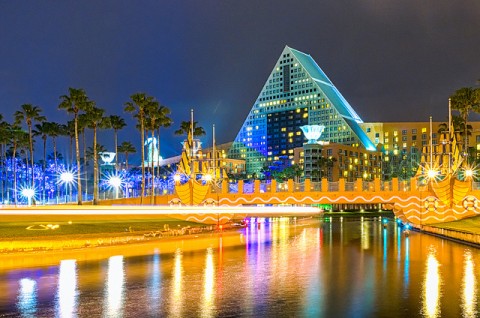 When traveling to Walt Disney World, it's easy to be seduced by the allure of staying at one of Disney's resort hotels. Their immaculate theming, convenience, and inherent magic makes them feel as much a part of the vacation as the theme parks. And, for the nicest of these hotels, the atmosphere alone is worth a vacation. The only flaw, of course, is that they are rather pricey, with the deluxe resorts costing much more than comparable lodgings at other destinations.

But, what if I told you there were two resorts on Disney property that were not operated by The Walt Disney Company, yet still enjoyed many of the same perks and quirks of those Disney hotels? And what if I told you they offered deluxe-style lodgings at moderate-esque prices? Wouldn't that be awesome?

Well, believe it or not, the Walt Disney World Swan and Dolphin are these hotels.

Seen by some as convention destinations and by others as less magical accommodations than their Disney-run counterparts, these two resorts are arguably some of the best deals on property. The Disney-obsessed among you might be wary of bursting the bubble formed by staying at one of the World's official hotels, but let me try to assuage those fears. Here are five reasons staying at the Swan and Dolphin can be one of the best decisions you'll make on your trip.

1. They are deluxe resorts at moderate prices 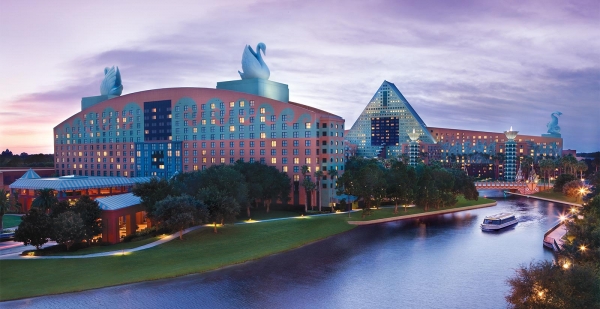 The key difference between the Swan and Dolphin and the official Disney hotels is cost. Because of the majestic theming of places like the Polynesian Village Resort and Boardwalk Resort, Disney charges a rather significant markup on their per-night room rates.

The Swan and Dolphin, however, are priced more in line with Disney's moderate hotels. Even including the resort and parking charges the Swan and Dolphin incurs (and don't be surprised – these do exist), you can get a room for around $200 per night with planning, or even at the last minute if you're lucky.

But, not only is the cost a great selling point, but you really do get great value for your money. The complex features several heated pools and whirlpools, water slides, watercraft rentals, tennis courts, a basketball court, two health clubs, a spa, and even character dining.

Because they are directly competing with Disney's properties, but without having the Disney brand, the Swan and Dolphin keep having to up their game and offer more amenities for less money. The result is great value on your vacation.

2. They are in an amazing location 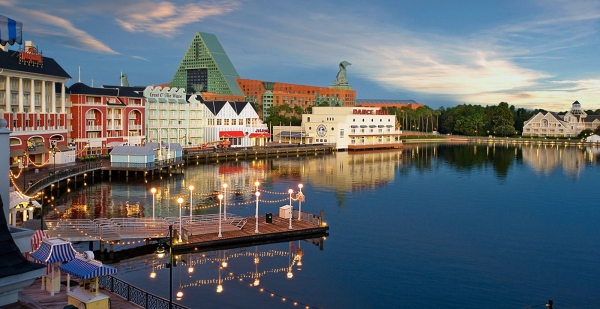 If you break Disney down into areas where guests can congregate, they break down like this: the four theme parks, the monorail circuit, Downtown Disney, and the Boardwalk/Yacht and Beach Club area. The goal when booking a resort is to be within walking distance of one of those areas or, at the very least, some transportation that isn't a bus. Of course, for that reason, those lodgings are usually more expensive.

And, again, that's one of the great benefits of the Swan and Dolphin. Located just across Crescent Lake from Epcot and a 10 minute stroll from Disney's Hollywood Studios, the Swan and Dolphin couldn't be more well located unless they were on a monorail line.

The two resorts are within walking distance of two theme parks, a mini golf course, and dozens of restaurants. The atmosphere of the Boardwalk Resort is itself an attraction, and being a 5 minute walk away further adds value to the Swan and Dolphin's location.

These resorts are located in one of the coolest, most energetic parts of Walt Disney World, and yet they cost a fraction of the price of their closest neighbors.

They also carry a mandatory "resort amenities" fee for things like wi-fi and the pool that are included in your room cost at all WDW resorts and they charge daily for parking. When I was there last August, self- park was $16/day and valet was $26/day. The resort amenities fee was $23/day.

Regarding resort fees and parking... Disney essentially charges these as well.. but they're rolled into the significantly inflated room rate. If you take the base room rate and add parking and a resort fee, you'll still come out less (sometimes significantly so) compared to the other Disney resorts around the lake (Beach/Yacht and boardwalk).

The one disadvantage is you have to pay for parking. Otherwise they are great hotels.

Your lost if you stay at the resort you don't pay to park unless it's valet,