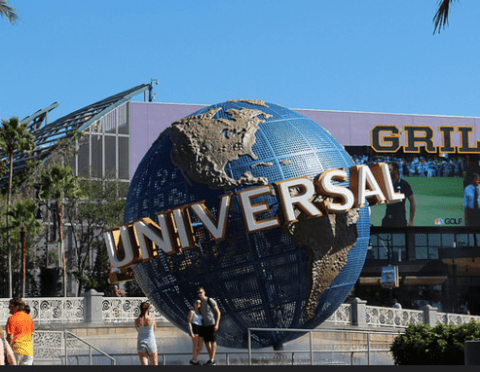 In the late 1980s, Universal Studios and The Walt Disney Company each became fixated on the same rather strange idea.

Why not build a real, working movie studio in Central Florida? And why not make it into a theme park too?

And so, after some competitive jockeying and around-the-clock construction, Disney-MGM Studios (now Disney's Hollywood Studios) and Universal Studios Florida both opened for business, determined to put Central Florida on the moviemaking map.

It kind of worked – at least for a while – with many big-time Hollywood films and TV shows filming at least part of their finished works in the brand new production facilities. Some companies even maintained significant permanent presences in those two parks and continued to produce new work up until both properties shifted their focus away from actual film and TV production in the mid-2000s.

But for those of us who are geeks for this sort of thing, it can be fun to look back at some of the films and TV shows that were created on the property of the theme parks we know and love. In fact, some of the works produced using these facilities are rather notable – let's look at just a few.

6. From the Earth to the Moon

When you think of HBO, you likely think of prestigious, award-winning dramas about the human condition. You may even think of one of their iconic miniseries: things like Band of Brothers, John Adams, or The Pacific.

Well, before all of that, there was From the Earth to the Moon.

Created in collaboration between Ron Howard and Tom Hanks, the award-winning miniseries told the story of NASA's Apollo program and the astronauts and scientists who took part in the journey to our Moon. The series was so well-regarded that it won HBO its first Emmy Award for Outstanding Miniseries – an award they've gone on to win six more times.

Much of the miniseries was filmed in the soundstages at Disney-MGM Studios, including the series' introduction segments featuring monologues from Hanks, as well as the series' depictions of the various Apollo moon walks. Some of those sets were even visable from overhead viewing areas guests passed through during one of the backlot tours.

Filming at Disney-MGM Studios lasted 10 months, and the high-profile names involved helped Disney land several more projects for their Orlando studio – so many, in fact, that Disney had to turn away a production or two due to its overcrowded schedule in the late 1990s.

Steven Soderbergh has (allegedly) retired from making films. What he's left us with is a bizarre, eclectic, and uneven body of work that, at its best, was positively thrilling, but at it's worst, could be mind-numbingly horrid.

Thankfully for Orlando theme park nerds, two of his brightest gems were shot, in part, at Universal Studios Florida: Out of Sight and Ocean's Eleven.

Both are among Soderbergh's slickest work, oozing with the easy charm and flair of their star, George Clooney. While Out of Sight was extremely well-received by critics, Ocean's Eleven and its starry cast did so well at the box office that it earned two big-budget sequels.

But the originals both featured extensive filming at Universal Studios Florida. According to IMDB, much of Out of Sight's mansion sequences were shot on a set built on one of the soundstages at USF, while many of the interior casino and office shots in Ocean's Eleven also used Universal's soundstages.

It seems Clooney has something of a penchant for filming in Orlando – his upcoming blockbuster Tomorrowland was recently spotted shooting in the area of the same name at Disney's Magic Kingdom.

If not for Nos. 1 and 2 on this list, The All-New Mickey Mouse Club could easily be perched atop any ranking of important works to come out of Orlando's “Hollywood East” phase. Not only did it include a well-received run from 1989 to 1995, but it also helped launch the careers of a few insanely famous people.

In the mid-1980s, Disney executives saw that reruns of the original Mickey Mouse Club still managed to gain the interest of young children, and thought a remake for a modern audience would be beneficial to both the fledgling Disney Channel and the brand new Disney-MGM Studios.

And so, in 1989, The All-New Mickey Mouse Club began filming in front of a live studio audience in Orlando – just as it did for all seven seasons the show was on the air.

Oh yeah, and those famous Mouseketeers? You are probably still big fans of theirs: Keri Russell, Christina Aguilera, Ryan Gosling, Britney Spears, and Justin Timberlake. Check out the video above to see them when they were at their most adorable.

What about Newsies? It was filmed at Hollywood Studios before it even opened as MGM.

When I visited Disney MGM Studios in June 1998, they were making Tarzan in the Magic of Disney Animation. It was incredible to watch the animators working on next year's big release.
It must have been strange to work in a goldfish bowl with thousands of people walking through every day.

Star Search with Ed McMahan was filmed at MGM- and park goers got to be in the audience!