Before AVATAR, We Could've Pictured These 7 "Blue Sky" Lands at Animal Kingdom 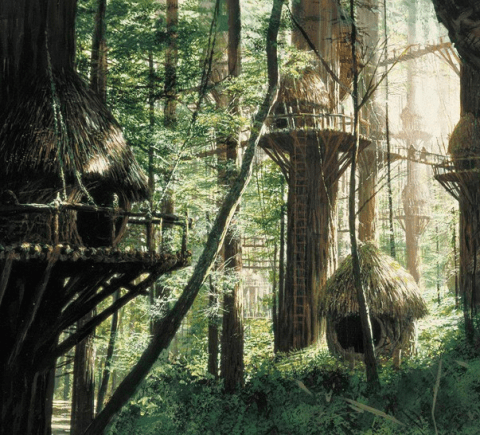 Flashback with us to 2011... Rihanna, Lady Gaga, and Adele top the music charts; the final film in the Harry Potter series is released; Oprah broadcasts her last television talk show episode; Marvel makes an unexpected box office hit out of the unassuming Thor...

Another thing that's happening here in 2011? The Wizarding World of Harry Potter is celebrating its first anniversary at Universal's Islands of Adventure in Orlando. This immersive, cinematic land is literally unlike anything that's come before. Faithfully recreating the "real" Scottish village of Hogsmeade with photorealistic accuracy, the Wizarding World seems to be flooded with guests... and they aren't just queuing up for the land's anchor E-Ticket dark ride through Hogwarts Castle. No. They're queuing for hours to get into gift shops and restaurants – waiting in line to spend money. 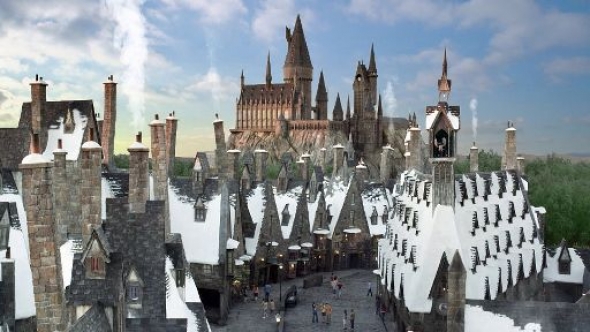 Most industry enthusiasts quickly surmised that the Wizarding World of Harry Potter had changed the industry forever. It hadn't just created a ride; it recreated a world that guests wanted to step into. They wanted to live the lives of their favorite heroes by eating where they ate; shopping where they shopped; and the Wizarding World made that possible. By the way, in 2011, attendance of Universal's Islands of Adventure jumped an unprecedented and inconcievable 29%, adding 2 million guests to the park's count.

...Oh, and completely coincidentally, in 2011 Disney announced that it had acquired the global, exclusive rights to build theme park attractions based on the film Avatar, and will start with an immersive new land at Disney's Animal Kingdom. 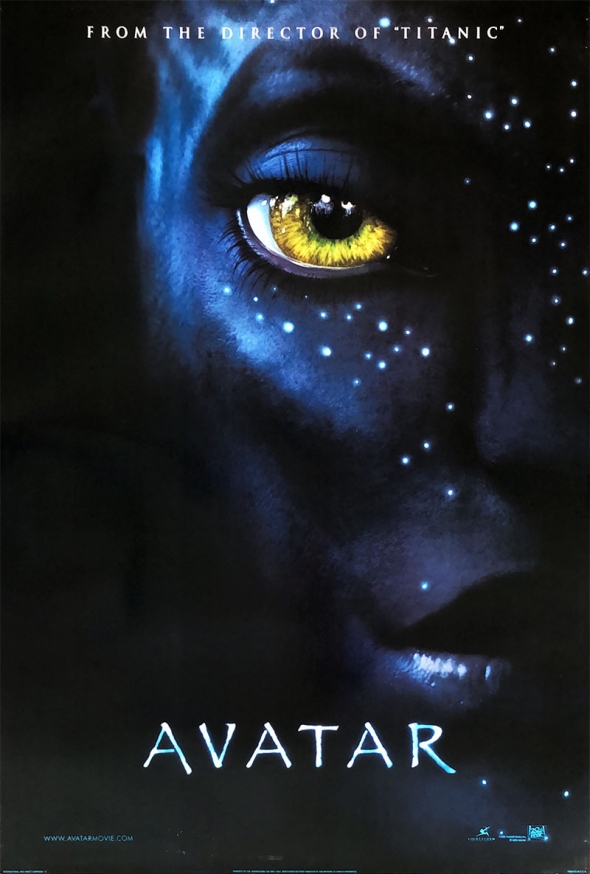 It goes without saying that rebuttals to Disney's Avatar announcement were swift, passionate, and plentiful. From the moment it was announced, fans railed and rallied against the idea, proclaiming that the 2009 PG-13, 20th Century Fox, CGI action film (from Titanic director James Cameron) had no place at Disney's Animal Kingdom, and just didn't deserve a permanent land at a Disney Park.

After all, the film's (largely forgotten) plot revolves around a human-led miltary assault on the moon of Pandora to mine it out of existence for its priceless resource, Unobtanium (sigh). It's true that along the way, a member of the militia attempting to infiltrate the native, naturalist Na'vi people by way of a false Na'vi-look-a-like "avatar" learns a valuable Pocahontas-esque lesson about conservation, but this was to be the basis for a permanent land at Disney World? 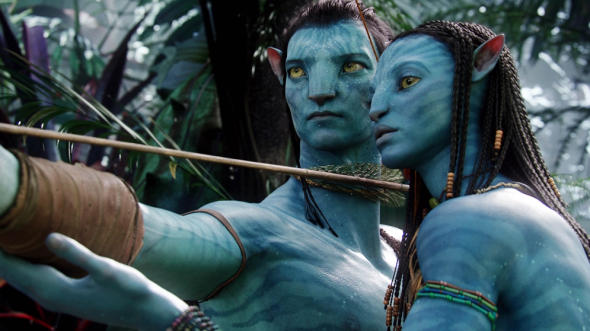 Fans (perhaps rightly) attributed the announcement to Disney's knee-jerk reaction to grab something – maybe, anything – "Potter-sized" in the wake of evidence that the Wizarding World would hold its own in Orlando. And admittedly, in 2011, Avatar looked like something Potter-sized. The 2009 film had broken all box office records, earning $2 billion globally (in part due to its position as the first major, modern 3D release, and its cutting edge use of CGI and motion capture), seemingly positioning the film as a Harry Potter contender.

What Disney couldn't have known is that Avatar would go on to leave practically no footprints in pop culture; no oft-repeated quotes; no beloved characters; no chart-topping songs. When Cameron revealed that no less than three sequels to the film are in-production, it was met by a collective shrug, as documented in a stinging article by Slate called "Why People Don't Care About Avatar." 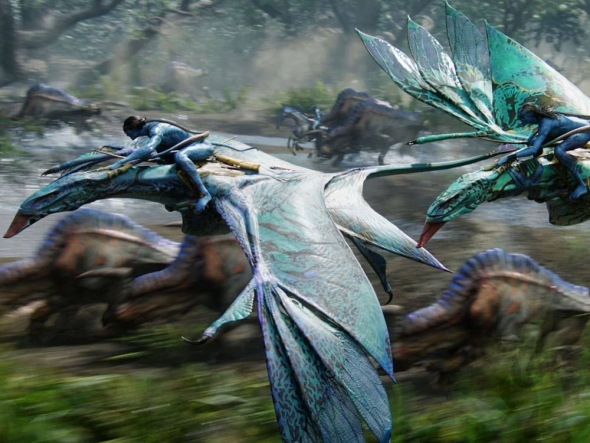 As evidence of its fly-by-night nature, Disney fans are often known to ask detractors to name a single character from the film. Can you? So in the long, laborious six years that followed, nearly all coverage of the expansion – including ours – contained the careful caveat that most expected Pandora to be met with the ire of fans and to feel distinctly out-of-place at Disney's Animal Kingdom.

How wrong we all were.

Pandora – The World of AVATAR 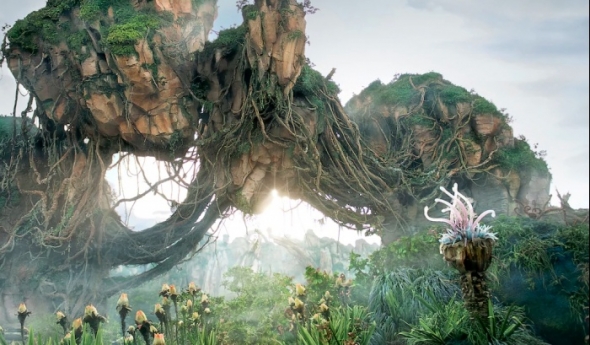 When Pandora – The World of AVATAR opened in May 2017, fans quickly retconned their earlier frustrations about the land. How could they not? Pandora is perhaps one of the most spectacular environments ever created by Disney Imagineers. The land whisks guests away to the alien moon inhabited by the giant, blue, feline Na'vi people – a moon comprised of floating mountains, alien wildlife, and stunning, bioluminescent jungles humming with light and sound.

Pandora is massive – one of the largest lands ever created by Disney – and contains two stellar attractions: Na'vi River Journey (a fan-favorite boat ride through the glowing, rhythmic jungle) and AVATAR Flight of Passage (the undisputed E-Ticket; a flying simulator placing guests on the back of the film's dragon-like Banshees). 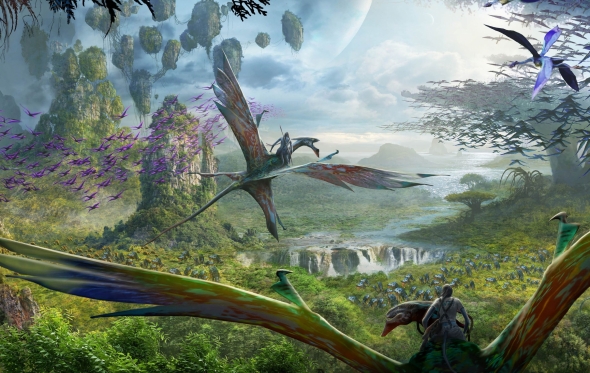 The most brilliant thing about Pandora for fans of Imagineering, though, isn't its ride line-up or its Wizarding-World-style attempts at creating "in-universe" retail and dining opportunities. In fact, its greatest strength is what most of us expected to be Pandora's downfall: its relatability and story.

Apparently, designers took note of the qualms the public had about incorporating Avatar into Disney World and the film's unfortunate lack of staying power in the public consciousness. Brilliantly, they severed the land entirely from the film (and presumably, its upcoming sequels). When we step into Pandora, its years – maybe generations – after the military assault in the film; decades and decades after humans tried to overtake the moon and its pacifist feline residents. That gives you and I a much more friendly role: eco-tourists, visiting the moon to gaze in awe at its flora and fauna, and to laugh at some anonymous ancestors of ours who tried in vain to kill this verdant planet. 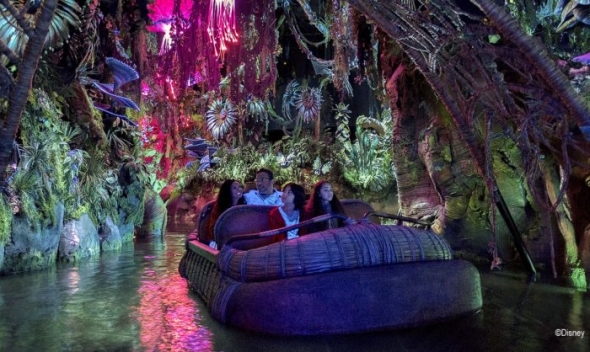 To enjoy Pandora – The World of AVATAR, one need know absolutely nothing about the 2009 film it's based on or the characters, settings, or stories from that now-forgotten film; a truly genius solution.

And as a result, Pandora has quickly gained international acclaim, and earned Animal Kingdom its own boost in attendance of 15% from 2017 to 2018. In other words, Disney pulled off Pandora to a degree that few people expected. Overnight, the legions of fans who protested the land instead found themselves smitten with the bioluminscent alien world and how its message melds into Animal Kingdom's. But for just a moment, let's rewind to 2011... Amid the fury that surrounded the announcement of Pandora, we asked a very simple question...

Whenever Disney begins the process of designing new rides, they do so in a stage they call “Blue Sky.” During the Blue Sky phase, Imagineers are tasked with thinking outside the box, and thinking big. At least for a while, forget budgets; forget the constraints of technology; forget space limitations. Dream as big as you can. In this invaluable phase, Imagineers let their imaginations run free. Of course, the ideas they come up with will later be pared down to what’s feasible and technically possible, but the Blue Sky phase is extra-important for getting the creative juices flowing.

So we decided to have our own Blue Sky moment surrounding the plot of land now home to Pandora. On the next page, we’ll throw out seven ideas for what could have been built on the land now occupied by a moon. It's not that we hate Pandora, or wish it would disappear; just that we decided to have a little fun of our own and imagine seven themed lands that would make just as much sense (or more) as Avatar in beefing up Animal Kingdom’s line-up. Continue to page two to see what we’ve cooked up…

Zootopia - a commercial and critical success, and a Disney property - would make a great theme for an Animal Kingdom land if they're ever able to expand again. Perhaps overlay/replace Rafiki's Planet Watch & replace the Wildlife Express train with one resembling the train in the film

They should've just went ahead with the Beastly Kingdom plans. But the South/Latin America idea with the Indiana Jones-themed attractions would work just as well.

*chants* MIDDLE EARTH! MIDDLE EARTH! No but seriously we all know the Tolkien fans would go bonkers and totally shell out for an Eagle ride, lunch at the Prancing Pony, and a journey through Mirkwood, Lothlorien, or even a dragon ride through the halls of Durin.

I think that Beastly Kingdom was (and is) the better idea. The concepts, the rides, EVERYTHING would fit perfectly in Animal Kingdom. Saddly, I don't think that we will ever see something like that magnificent land. So, the only thing we can do now is pray to Avatar Land be the best possible.

Lord of the Rings and Narnia are pure crap. HATE them.....in no way do they deserve any kind of mention, let alone a land anywhere in a WDW park.