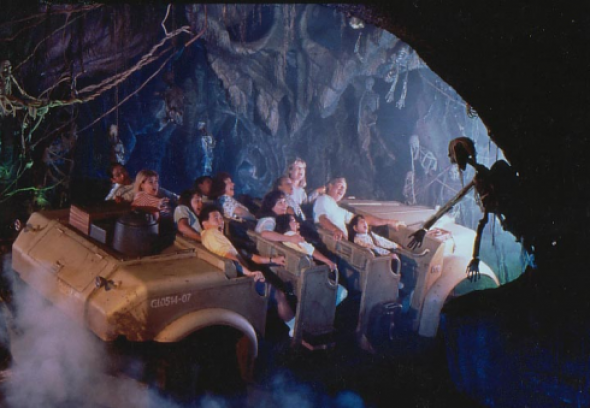 The stunning technology behind Disneyland’s Indiana Jones Adventure in many ways inspired a second golden age of the dark ride. No longer were dark rides restricted to carts or omnimovers gliding through scenery at a steady pace. The invention of the Enhanced Motion Vehicle (EMV) made a ride’s conveyance (and the folks riding on it) part of the story as never before.

EMVs are comprised of vehicles whose chassis rides along a flat path, guided or powered by an electric bar. But using the sophisticated technology of the 21st century, the actual passenger component of the vehicle is supported by motion-base technology (electrical actuators or hydraulic pistons) that allow riders to feel the pitch, roll, and yaw as if the vehicle is tipping, climbing, or bucking. In Indiana Jones Adventure, the vehicles feel as if they’re climbing over debris from a collapsed temple, narrowly slipping toward lava pits, and taking sharp turns that force the transport onto two wheels. 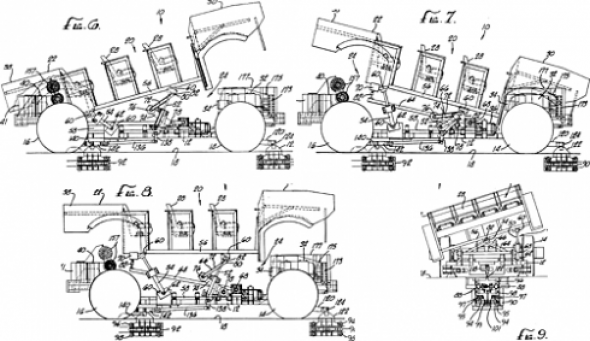 The technology also equips each EMV with synchronized on-board sound effects or music. Most interestingly, each vehicle is programmed with a “personality,” with millions of minutely different combinations for each ride. On Indiana Jones Adventure, for example, some vehicles are “afraid” of loud noises, jumping, jostling, or even shutting off when “startled” while others react that way to heights, or darkness, or – gulp – snakes. You can see how Disney adapted the technology in two unique settings in in-depth entries for their Modern Marvels: Indiana Jones Adventure and DINOSAUR. The end result is an out-of-control experience that was years ahead of its time and inspired Universal to push further in its efforts, resulting in the next two wonders… 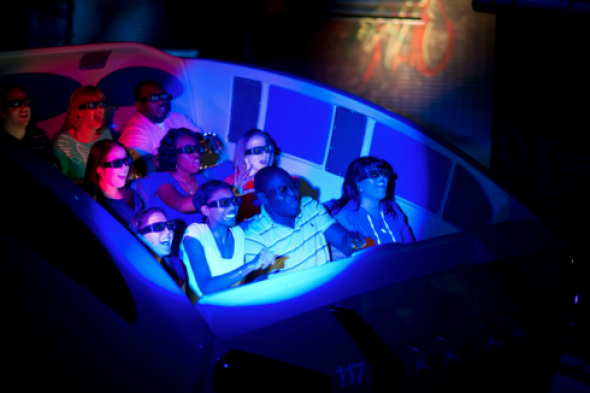 Only momentarily stunned by Disney’s EMV technology, Universal returned fire with their own Modern Marvel: The Amazing Adventures of Spider-Man in 1999 at the brand new Universal’s Islands of Adventure Park. In fact, Spider-Man is mostly to thank for the park’s “most technologically advanced theme park on Earth” moniker… well deserved, too. Combining tried-and-true simulator screen technology with an EMV and a 4-D movie, these unique cross-categorical dark rides send partially-enclosed EMVs through a showbuilding where physical sets and scenery blend seamlessly into 4-D screens.

Take, for example, Spider-Man, wherein yours “news-gathering vehicle” called a SCOOP enters into a warehouse where the Sinister Syndicate has stolen the Statue of Liberty using an anti-gravity cannon. The vehicle passes under the very real tablet of the statue suspended above, glides through rows of shipping crates, then turns the corner where a 3-D screen creates the rest of the warehouse, including the villains and the Statue’s torch. 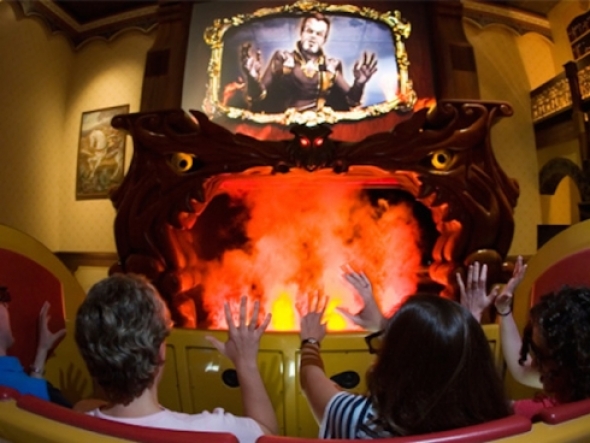 Surprisingly, the ride's second installation wasn't at a big budget Disney or Universal park, but at the Europe-themed Busch Gardens Williamsburg, where it was smartly repurposed as an action-packed journey through the ancient German castle of the nefarious King Ludwig. Though it's since closed, that ride earned its own in-depth feature here – Lost Legends: Curse of DarKastle – for smartly re-using such ambitious technology in a completely new way.

In all of its most popular incarnations (of which there are still very few thanks to the tremendously advanced and temperamental technology), the ride culminates in a drop of several hundred feet achieved through physical sets, projected scenery, and physical effects like blowing wind and light rushing by. The motion is programmable, too, meaning these rides can go from fun family installations to intense G-force enabled spinning, slamming, and rumbling.