Gone for Good: The 5 Lost Attractions of Disney's Animal Kingdom 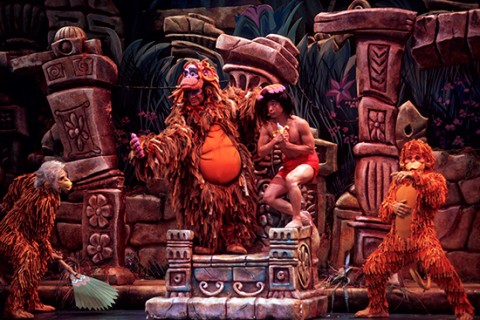 Disney's Animal Kingdom is the youngest of Walt Disney World's theme parks, having debuted in 1998. Despite this, a number of attractions that have featured in the park are now closed for good.

Some of the closed rides and shows are missed by guests. Others are seen as having deservedly been consigned to the history books. But what were these defunct attractions, and when and why were they removed? Let's take a look! Note that this list does not include rides that were conceived for the park but never actually built, such as the ambitious Excavator roller coaster, the Animal Carousel or the mythical Beastly Kingdom.

5. Journey into the Jungle Book 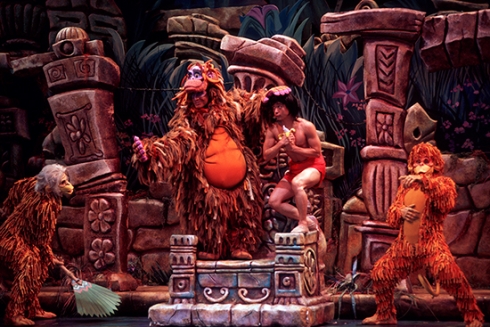 The Theater in the Wild hosted its first production on the Animal Kingdom's opening day. It brought to life the story of The Jungle Book, featuring a number of characters and songs from the movie. It lasted just one year before being replaced in July 1999 by Tarzan Rocks.

4. Pocohontas and Her Forest Friends

One of Camp Minnie-Mickey's headline attractions when it opened alongside the rest of Disney's Animal Kingdom was the Pocohontas and Her Forest Friends show. The show featured the lead character from the movie, as well as a host of live animals. It was hosted in the 350-seat Grandmother Willow's Grove theater. Animals featured included a porcupine, a possum, a rabbit and a skunk. When the "credit crunch" hit in 2008, Disney slashed budgets across its Parks and Resorts division. One of the casualties was the Pocohontas show, which gave its final performance on September 27, 2008.

I'm glad they "saved" festival of the lion king...it really is a fun show...I saw the nemo stage show when it first opened and also thought it was great but on a recent trip back it seems to have lost its luster...it had less stage actors than I remembered and the whole show seemed rushed...lastly I haven't come across anyone that is even remotely looking forward to avatar...I still think it seems out of place in animal kingdom

I adored the Tarzan show...It was fabulous, and I miss it whenever I visit Animal Kingdom!

Hear! Hear! When we started planning our trip this spring - I was dismayed (and then embarrassed that I didn't already know!) to realize it had been closed for 8 years. What a great show that was! I heartily wish it was still there!

A lot of college students work at Disney part time during the summer. While riding tre Discovery Boat Ride, our Captain told us this was his last day, and last river cruise. The sun was setting behind the Tree of Life and it was a beautiful view. Our Captain said he was going to stop the boat so we could take photos. We all thanked him for his actions. When the boat docked, a very upset supervisor was there waiting. He started getting on to our Captain in front of us for stopping the boat. As we exited, almost all of us told the supervisor it was the greatest ride ever and to leave our Captain alone. He stopped talking and just walked away. That event made the our Disney day special.

It always makes our day as cast members when guests like you come to our rescue like that. As a 23yr cast member, I have seen many changes and one of those is that management only seems to look for wrongdoing. Your boat Capt. Did the right thing by making your ride memorable. I drove the Friendship boats from Epcot to Hollywood studios and would always stop the boat to watch the finally of Illuminations.