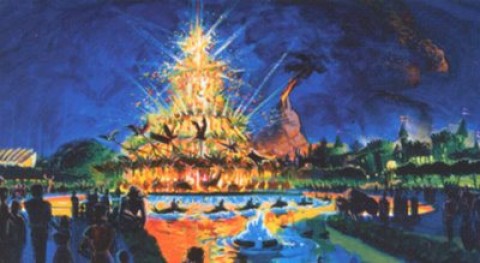 The centerpiece of Disney's Animal Kingdom was originally due to be a unique carousel ride. Let's take a look at the plans...

Disney's theme parks always have an iconic structure at their center, and at Animal Kingdom that role is fulfilled by the enormous Tree of Life. It also hosts an attraction, It's Tough to Be a Bug, which is themed around Pixar's It's a Bug's Life. During the planning phase before the park was built, however, a more traditional ride was considered as the centerpiece of the park: a carousel.

The Animal Carousel would not have been a mere fairground-style midway ride, however. Instead, it would have offered three different experiences, in one unique attraction. 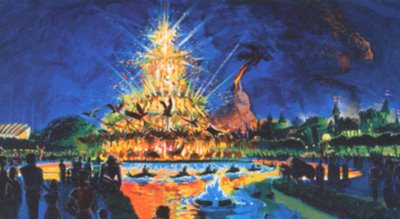 Image via The Neverland Files

The first experience would have been a Dumbo the Flying Elephant-style flying ride, featuring insects and birds instead of elephants. Riders would have been equipped with a joystick, enabling them to control the height of their gondola.

The second experience would have been a more traditional carousel, featuring a variety of animal species from all over the world. 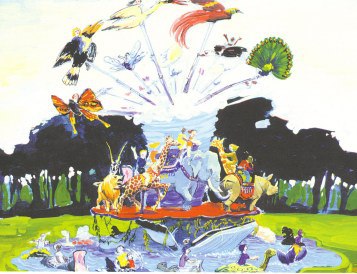 The final experience was also a carousel, but in this case set on water. The boat-style cars would have been themed around marine creatures, and would have sat in a moat that would have surrounded the Animal Carousel. 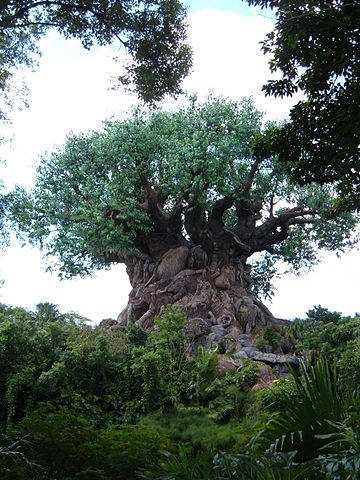 In the end, the Tree of Life was selected over the Animal Carousel as the icon of Disney's Animal Kingdom. It probably offers a more instantly-recognisable, simple-to-communicate image of the park, but the 3D show within is perhaps a less innovative attraction than the Animal Carousel would have been. But we'll never know...