Earlier this year Disney announced a limited-time nighttime spectacular, called “Epcot Forever,” which will feature classic Epcot themes. This new show is meant to showcase the best of Epcot while celebrating its unique history, all with classic music and advanced pyrotechnics. And after IllumiNations finished its historic 20 year run earlier this week (relive the final finale here), Disney was ready to debut this amazing show, (which you can watch here). So what did we think of this show?

1. There are plenty of classic Epcot tunes (with one exception) 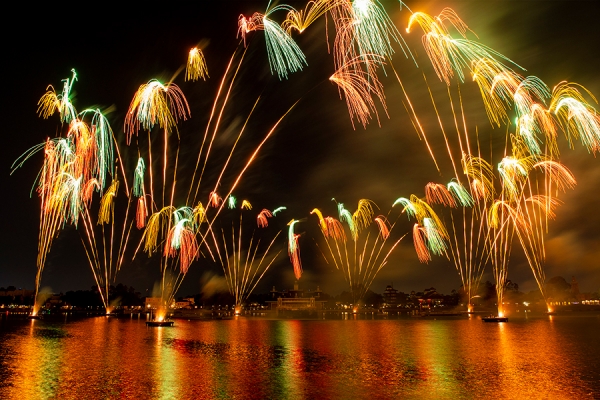 When Disney first announced Epcot Forever, many fans were excited to hear some classic sounds of Epcot days gone by, and Disney definitely delivers the nostalgia goods, with the following tracks from classic Epcot attractions making an appearance in this show:

This is a pretty amazing lineup, and with several quotes from Walt Disney mixed in with some voiceover, this attraction definitely hit plenty of nostalgia marks. However, for the finale, Disney strangely chose to use A Whole New World from Aladdin to close out this celebration of Epcot, which seems like an odd choice given that this song is not really associated with any Epcot attractions past or present. The best we can figure is that this song is meant to "introduce" the future Epcot nighttime spectacular HarmoniUS, which will debut next year and focus on the magic of Disney music. But regardless of the reason, this song feels painfully out of place, in what is otherwise, a very solid show.

2. Plenty of high-level pyro, but not a lot of special effects 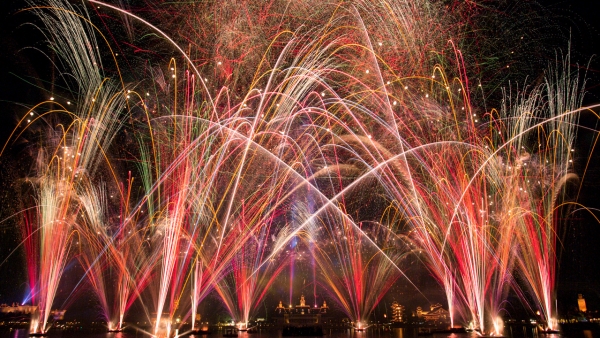 One thing that struck us almost immediately is the amount of high-level pyro that is used in this show, which is definitely a welcome sight in a temporary show. Disney absolutely could have gone the cheapest way possible with Epcot Forever (like they did with the temporary Jungle Book show at Disney's Animal Kingdom), but they definitely invested in making this nighttime spectacular feel like a real spectacle in the pyrotechnic department.

However, though the actual fireworks are beautiful to see, IllumiNations fans may be sad to see that there aren't that many other special effects. There are no video effects, and only the barest of lighting effects, which can make this show feel quite a bit less "exciting" than its predecessor.