Though the Magic Kingdom doesn't have large construction projects going on like those underway at Disney's Hollywood Studios and Epcot, this generally-consistent park has actually gone through a number of changes recently, including the expansion of a special guest services team, progress on one of the Magic Kingdom's most high-profile projects, plus the addition of an after hours event that is totally free (for annual passholders, that is). If you're planning on going to the Magic Kingdom in the near future, here's all the changes you need to know about!

1. Track construction to begin on Tron roller coaster, according to recently-filed permits

One of the most-anticipated new attractions coming to Walt Disney World over the next few years is the Tron roller coaster, modeled after TRON Lightcycle Power Run at Shanghai Disneyland. And though construction on this attraction has been happening backstage since 2017, it looks like permits have been filed for the most important part of this new attraction: the track!

According to the recently-filed paperwork, long-time Disney construction partner Coastal Steel Inc will be installing "ride steel" over the next few months at the Magic Kingdom, which is certainly an exciting development.

Though we still don't have an official opening date for this attraction, with Star Wars: Galaxy's Edge opening this year at Disney's Hollywood Studios, and Guardians of the Galaxy rumored to be opening next year at Epcot, it seems more likely than ever that Disney is looking to open this new ride in 2021, just in time for the 50th anniversary of the Magic Kingdom!

2. Planning underway for Super Bowl Parade next week at the Magic Kingdom...depending on game outcome 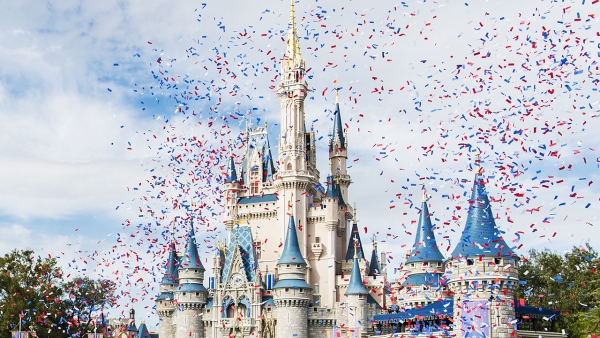 Super Bowl LIII will see the New England Patriots battle the Los Angeles Rams this Sunday night, and as is tradition, the winning team will have their star player featured in a parade that marches down Main Street, USA. However, exactly which Main Street USA depends on the outcome of the game: if the New England Patriots win the game, the Super Bowl Player of the Game Celebration Parade will take place at Magic Kingdom, but if the Los Angeles Rams win, the parade will be held at Disneyland. The details of the location and time of the parade will be shared on Sunday, February 3, right after the game concludes.