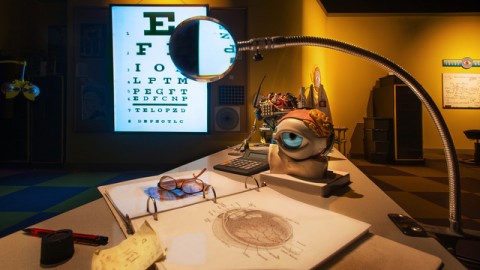 For many Disney Parks fans, the only thing more interesting than a great ride is a bad one. In fact, our Declassified Disasters series is all about diving deep into the not-so-successful attractions, lands, and parks that have existed across Disney and Universal’s properties and to learn from their mistakes.

But what makes a bad attraction? What fundamental features tend to handicap a story? And for all of us at-home, “armchair Imagineers,” how do we know what mistakes to avoid? Today, we’ll offer our takeaway of tell-tale signs of a bad attraction story – foundational flaws that tend to signal that the ride isn’t going to be a masterpiece. It’s not that attractions can’t rise above these narrative hurdles (and in fact, we’ll offer exceptions for each), but when you imagine a ride that just didn’t live up to its promises, chances are that one of these giveaway goofs was involved.

Which other tell-tale signs of a bad attraction have you come to recognize over your visits? What immediately tells you that designers could’ve done better? Let us know in the comments below, and when you share this feature on social media!

One of the most tired tropes in literature is the “It was all a dream” twist. You can see why. It’s not just that the “it was all a dream” is a deus ex machina (a sudden and unearned way to resolve a story); it’s that it cheapens everything that came before. It’s a cop-out that allows writers to take bold chances and do unexpected things, then wipe it all away without any lasting effects or consequences.

In theme parks, we’d count “it’s all going to be a simulation” as the equivalent. You’ll find it on Mission: SPACE, for example, which continuously reassures queuing guests that they’re not really going to space… they’re just going to sit in a high-tech ride that simulates the experience. In other words, Imagineers don't trust you to let go and suspend your disbelief, so they instead insist from the outset that what you're about to experience isn't real. For sure, it’s an excuse that could only fly at EPCOT, where Imagineers hope that the technology is just as much a star as the experience itself… but imagine if, before boarding Star Tours, you were told that it was an elaborate ruse and you were going to stay in on place and merely be jostled around to a training video for Rex to complete training! It sort of saps the fun, right?

Believe it or not, the Lost Legend: Soarin’ technically had this “it’s all going to be a simulation” backstory, too. Disney’s official in-universe explanation for the ride held that enterprising aviation enthusiasts at the dawn of the New Millennium had commandeered an old airplane hangar in a high desert airfield and created a roadside attraction allowing everyday people to experience the thrill of hang gliding using a domed screen. Thankfully, the story never really stuck, and folks naturally appreciated Soarin’ for what it was: obviously a simulation, but moreover, an emotional and beautiful flight. In other words, maybe just let the ride speak for itself?

EXCEPTIONS: When you think about it, Avatar Flight of Passage at Disney’s Animal Kingdom subscribes to this plot, continuously reminding guests that their flight will actually be a spiritual one, with the actual experience being undertaken by a linked Na’vi Avatar. But of course, the explanation in this case brilliantly explains why guests need to straddle sophisticated technological seats rather than Banshees, and fits brilliantly in the mythos of Avatar.

2. It takes place in a training center, exhibit, or institute

“Don’t worry; you’re not actually going anywhere, and the gift shop isn’t far away.” That’s essentially what designers are telling you when they set an attraction inside of a “training center,” “exhibit,” or “institute.” It’s a way of grounding an experience, which takes pressure off of designers (no need to construct a compelling world) and guests (no need to use your imagination). And unfortunately, this overused narrative device had a big surge in the ‘90s. Yes, you’ll see it in Mission: SPACE (whose “it’s all going to be a simulation” is really a subset of the “training center, exhibit, or institute” cop-out) but it goes well beyond.

On the Lost Legend: Journey into Imagination, guests entered glass pyramids, boarded purple vehicles in a pastel lobby, and took off on an almost-abstract dark ride through art and literature. Sure, it was illogical, but who cares?

Fueled by a ‘90s push to modernize Epcot and downplay its educational origins, the entire pavilion was redesigned in 1999 to create “The Imagination Institute,” recasting the dark ride as a terribly dull tour through illusion labs. The determination to root the ride in reality meant no Dreamfinder, no Figment, no singing, and no abstraction. The sterile tour lacked whimsy and failed to transport guests... anywhere. Instead there remains that unspoken tether to reality: you're in a theme park, touring the building you saw from outside. You aren't leaving it, and you'll be out of it soon. Nothing more.

See also the park’s Lost Legend: TEST TRACK in its original form, which was unapologetic about being… well… a ride in a theme park, no imagination needed. The pavilion’s cavernous interior became a warehouse of obstacles and tests with no attempt at transporting guests somewhere new.

Its controversial 21st century design at least switched to a TRON-esque digital landscape, asking guests to at least imagine they were somewhere other than a warehouse and rewarding that attempt with a glowing, digital, pulsing landscape that feels far removed from the real world. (And in turn, became an exception to the "it's going to be a simulation" rule!)

EXCEPTIONS: Several attractions manage to use the “training center, exhibit, or institute” setting to great effect… but mostly by merely using it a frame story and then upending guests’ expectations. For example, the Modern Marvel: DINOSAUR begins in the stately exhibition spaces of the Dino Institute before revealing its new discovery, where guests can leave the Institute behind and travel to the time of the dinosaurs.

Universal Orlando’s MEN IN BLACK: Alien Attack manages to disguise the ride and its showbuilding as a 1964 - 65 New York World’s Fair pavilion, whose naive exhibit on alien life melts away to reveal a covert MIB training facility. An exhibition and a training center would seem to be two strikes, except that the training center, too, is left behind when a real crashed ship sets alien prisoners loose on Earth. Cleverly, at the ride’s end, guests are returned to the MIB headquarters, brain-wiped, then deposited back in the World’s Fair pavilion none the wiser.

What a fascinating article, I really enjoyed it! Totally agree with the observation that "we're going to a training facility of some kind" does not set the stage for an absorbing ride. RIP "Imagination," the worst-conceived ride redo ever. Still can't believe they said, "Let's do the new Imagination ride as a tour of the five senses!" "Yeah, but there's no way we can do taste and touch safely, from a ride vehicle." "True-- okay, we'll just say those labs are closed, three out of five is good enough." Like, WHAT?? And I like how you pointed out examples that manage to rise above the trend, like the brilliant "Men in Black" that starts out as a training exercise and then goes off the rails. This was a great article and I appreciate all the thought you put into it!

I absolutely agree with point #6, making things too much like everyday life. I really did not like it when I rode the Wildlife Express train at Animal Kingdom, the tram tour at Hollywood Studios or the outdoor section of Test Track at EPCOT, where I could see backstage areas . . . including parked cars! There were also places in Hollywood Studios and Animal Kingdom where chain link fencing could be found. I initially did not like Animal Kingdom for this same reason, but it has since grown on me.