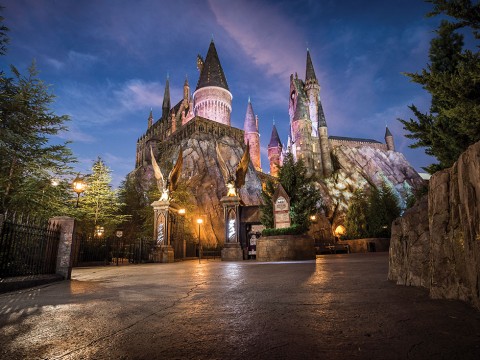 This past week has introduced a high volume of chaos into the theme park industry. Some companies are returning from the pandemic, and nothing will stop them from doing so. Let's take a look at three different instances of Coronavirus madness.

What’s the last thing you would expect to see at a place called Gatorland? It’s an Ape, right? Well, a skunk would seem weird, too, as the gators would snack on them.

Anyway, the point is that Gatorland reopened on May 23rd. The Florida theme park may have come back too soon, but I give the park planners credit for creativity.

Aware of Coronavirus-related concerns, Gatorland has introduced a new character. His (?) name is Social Distancing Skunk Ape, and the gimmick is that this costumed character will roam the parks.

This creature will grunt and threaten guests who aren’t maintaining social distancing. He also apparently walks around with some spray that, I’m guessing from his name, probably doesn’t smell good. So, keep your distance or get skunked!

I give Gatorland credit. They’re taking an awkward topic and mining it for park entertainment WHILE keeping guests safer. Disney and Universal should consider doing something similar with Goofy and the Grinch and other cranky characters. Speaking of which…

A Weird Day to Announce a Reopening

I previously wrote about why Universal Orlando Resort will reopen next week. And, let’s be honest, the answer boils down to money. Comcast has a history of not caring about customers at all. So, why would they change during a pandemic?

Even acknowledging this, the timing of Universal’s announcement was surreal. During the pandemic, the state of Florida has only registered six days when health officials confirmed 1,200+ cases.

As one of the charts on this page shows, Universal revealed its reopening on one of those days. Yes, on the date with the worst outbreak since April 17th, Universal announced that the situation has improved enough to return.

Over the last two days, the numbers have thankfully declined. Even so, this one goes down in the theme park Bad Timing Hall of Fame. If Florida does suffer a secondary wave, Universal/Comcast will be reminded of this fact a lot.