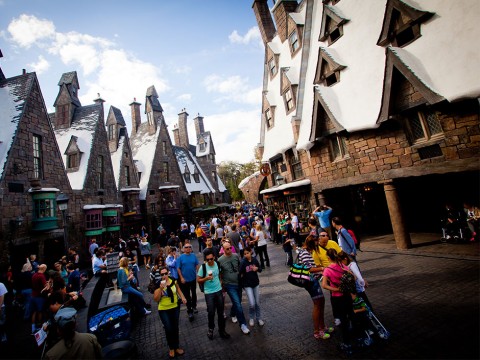 Some people understandably worry why Universal wants to come back so soon. Here are a few reasons why Universal Orlando should return.

During the fiscal second and third quarters of 2019, Universal theme parks earned $3.1 billion. For the first quarter of 2020, the company managed only $869 million after grossing $1.5 billion in the previous quarter.

What happened to drop revenue that much? Everyone knows the answer is Coronavirus. Universal Studios Japan, quietly the fifth most trafficked park in the world, shut down on Leap Day and thereby gained virtually no income for March.

Suffice to say that April, May, and June won't be any better. NBCUniversal executives had projected $1.5 billion or more in the second quarter of 2020. They'll be lucky to receive one-third of that.

No business on the planet projects a 67 percent loss in a quarter…and I include Christmas stores in January through March when I say that.

The other issues matter here, too, but let’s be transparent. Money is what drives this decision. Anyone who loves Universal Orlando and wants it here forever must accept that the business cannot survive without funding.

The tourism industry has suffered a potentially fatal blow, at least in the short term. A Statista study last month suggested that the American travel industry will lose $519 billion due to Coronavirus. That’s only direct losses, too.

The ripple effects lead to a $1.2 trillion setback for tourism. Even worse, the pandemic has paralyzed companies that depend on theme parks to lure guests.

So, many interrelated travel industry businesses are looking at one another, waiting for someone to step up. This aspect explains why Disney Springs and Universal CityWalk Orlando reopened. It wasn’t Disney and Universal pushing for this move; the third-party companies desperately needed the revenue to survive.

To a larger point, when a theme park with as much visibility as Universal reopens, it sends a message. Other companies, some of them not even connected to the theme park industry, can point to The Wizarding World of Harry Potter and say, “See, they’re ready to reopen! Everyone else should be soon, too!”

This one signal enables businesses to act with more confidence. In a way, Universal is leading by example here. As long as the theme park protects the safety of its guests, its reopening is a positive across the otherwise-decimated travel industry.

Universal Studios is bringing hope to others, one Hagrid’s Motorbike Adventure at a time.

Have you seen the viral videos of mobs at beaches and entitled people expressing outrage at grocery stores? This poor behavior isn’t coming out of nowhere.

People need a release. When they can't do ordinary activities like go to a movie or eat out, they kind of go insane. The past two months of social media are like a time capsule that proves this statement for future generations.

Look, nobody wants to die from COVID-19, nor does any considerate person want to risk infecting others. However, we can’t become cave people again, either. That would wipe out millennia of evolution.

Everyone needs some sort of entertainment right now, though. Otherwise, we become a society of angry tantrum-throwers who grow more miserable with each passing day.

We need something to keep us sane. A theme park visit remains a tried and true way of spending the day. So, Universal’s return will bring some joy into the hearts of Harry Potter and Simpsons fans everywhere.

I fully understand the argument about safety precautions during a pandemic. In fact, I’m frequently the first one making them. However, Universal and Disney have already proven at CityWalk and Disney Springs that they’re employing reasonable measures.

As long as people act responsibly at the parks, Universal has every reason to reopen. And if guests do misbehave, well, that says more about them than Universal.

Masks are useless. In fact, unless they are medical n95 masks, they are less than useless. A South Korean study found that wearing a cloth mask for any reason, whether it be to attempt to keep from contracting, or to keep from spreading any illness, actually INCREASES the chance of spreading disease. You are actually strapping a cloth petri dish to your face. Just think about that study that found beards to contain microscopic particles of feces... for that matter, hair, clothes, and skin can contain any amount of germs. Hand washing and not face picking/touching is key. It has always been key. Masks are not only a false sense of security, they are adding to the danger. Moreover, a Johns Hopkins study found that COVID-19 is no more transmissible or deadly than the Flu. Numbers from the CDC confirm it as well. My wife wears a mask to avoid confrontation, but I refuse to be a prisoner to irrational fear. Plus, I have worn enough masks in my lifetime. If they do not keep dust out completely, how in the heck will they keep out germs? And if they fog your glasses, you know that all that air is coming and going right past the most sensitive part of your anatomy, your eyes, where most disease is contracted. Mandatory masks are in fact, as another wise gentleman said, a placebo.

As a private business, Universal has the right to require patrons to wear whatever they dictate. If you'd like to partake in Universal's brand of family fun, you will have to abide by their rule. This six page diatribe on whether or not masks are useful is a complete waste of time. Call your local right wing whackos' talk show and tell him about it. Rules are rules. Crying doesn't change them. Good day to you sir.

How will they stay 6ft apart. Also they say they will check temperatures but not everyone is symptomatic but may still have it. Lastly what are they going to do deep cleanse rides after every single use. I luv this place we've been many times to Orlando and the California one. But this is way to soon for this. Most haven't even opened movies . This will backfire and cause innocent people they run into later at the market more death. See you in 2022 no way I'd put my family at risk.

I'm all for them reopening soon. And hopefully WDW too. If they follow safety measures they'll be fine. I disagree that this move will backfire and cause more deaths. But if anyone dose feel that way there is a solution. Just don't go. Pretty simple really.

Thank you for writing an article that is so well put. And put honestly and bluntly. We, as a society, need human interaction and if a company presents a well thought out way of reopening, then it has every right to do so.