Ranking the 6 Disney CEOs From Worst to Best 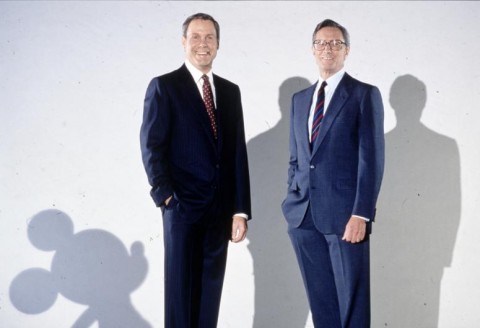 Throughout the impeccable history of The Walt Disney Company, only six individuals have been in charge. These men – and only men thus far – led the company as Chief Executive Officer (CEO).

Believe it or not, Walt Disney isn’t even on this list! He shares an odd historical footnote with the late Frank Wells in that both men served as President of Disney but never CEO. With the clear choice as best and most famous leader off the board, let’s rank the six CEOs who have run The Walt Disney Company!

In a way, ranking Donn Tatum as Disney CEO is brutally unfair. Walt and Roy O. Disney hired him from an outside company in 1956, and Tatum rarely had say over the direction of the company until after their deaths. Before 1967, he worked with the brothers to maximize profits at Disney.

When Uncle Walt died in 1966, Roy took over the business officially, although we’ll discuss that in a bit. So, for another five years, Tatum worked for one of the company’s founders. When he finally received the promotion to CEO, he mainly got the gig because both Disney brothers were dead. Otherwise, Roy would have kept it for several more years despite his age.

Tatum oversaw some expansion of the brand with achievements like Space Mountain. Overall, he didn’t hold the gig long enough to make much of an impact, though. At the age of 67, he happily passed the title to another individual.

Card Walker became President of Disney at the same time that Tatum earned the title of CEO. Both of them enjoyed the full confidence of Roy and Walt Disney, making them ideal candidates to fill the void after the Disneys died.

Walker’s resume as a Disney employee is extraordinary. He joined the company in 1938 but then briefly left to become a decorated naval officer during World War II. When he returned to Disney, Walker earned Uncle Walt's trust to the point that he received a spot on the Board of Directors.

In 1976, Tatum ceded the title of CEO to Walker, who proceeded to helm the company for seven mediocre years. The most significant achievements of Walker’s tenure were the construction of Tokyo Disneyland, which the Oriental Land Company oversaw, and the debut of the Disney Channel. And Walker only receives partial credit for that one. The rest goes to…

This gentleman passed away during 2019, at which point many people suddenly realized his remarkable life story. Miller excelled at football to the point that he played for the Los Angeles Rams…the 1956 version. Yes, the Rams played in Los Angeles before they moved to St. Louis before returning to LA.

Miller had 11 career receptions for 129 yards as a professional football player. Alas, he also got knocked out a couple of times while his new father-in-law watched.

That man, Walt Disney, lamented that he was too old to raise his grandchildren and begged Miller to retire to join his company. Diane Disney Miller, the only biological daughter of Lillian and Walt Disney, appreciated the gesture, and the couple went on to have seven healthy children during their 59 years of marriage.

Miller proved to be a natural as a Disney executive. He quickly moved up through the ranks, employing his Army training to improve efficiency in the film division. He produced memorable titles like Freaky Friday, Pete’s Dragon, The Rescuers, and Tron during his tenure.

Sadly, many business analysts incorrectly viewed Miller as a nepotism hire. Outsiders lusted after Disney and weighed potential corporate takeover scenarios. The Board of Directors eventually reacted by pushing out Miller in favor of…

Hi Hayley, I appreciate your feedback. I actually just helped someone else with her Master's research on the World Showcase the other day.

As for sourcing, part of this stems from the fact that I've written about Disney for more than 20 years. I run a movie website and freelance with lots of Disney content. So, I've picked up quite a bit as I've gone along.

To do similar research, I'd suggest that you start with an investigation of Dave Smith. He founded the Walt Disney Archives, which literally started with him receiving access to everything from Walt Disney's personal belongings. After Uncle Walt died, nobody wanted to rummage through his stuff. So, that job fell to Smith.

For the next half-century, Smith archived everything. You should have no trouble finding his work, and it will cover Ron Miller in particular since he was part of the Disney family as Walt's son-in-law.

With Tatum and Walker, you'll want to start with the D-23 pages and then start googling. Some entries from Books.Google.com will display in searches. These will allow you to do some research from out of print books.

I'd happily give you more information about citations I used here. Unfortunately, I wrote this in January, and that was an apocalypse ago. So, I'm not even sure how much was previous knowledge versus article research from that day.

Some other sources to try:
The Walt Disney Experience on PBS (which is probably streaming somewhere...I bought it on Vudu).
Be Our Guest -- Perfecting the Art of Customer Service
Creating Magic by Lee Cockerell (or anything by Dan or Lee Cockerell, really)
The Ride of a Lifetime by Bob Iger (highly recommended)
Disney U by Doug Lipp

Also, the LA Times frequently has archives of old articles available online. Here's one for Donn Tatum's eulogy that could trigger a full research cycle for you:
https://www.latimes.com/archives/la-xpm-1993-06-02-mn-42390-story.html

Thank you for this article, it is unusual to find information on all the WDC CEOs in one place. I am considering writing my Master's thesis on the impact of an executive's leadership style on a company - specifically looking at the seven CEOs of Disney. I am beginning exploring source material, and I was wondering if you had any recommendations? While there is a great deal of information about Eisner and Iger, I am finding relatively little about Tatum, Walker, and Miller. As you seem to have done your research, or perhaps had the preexisting knowledge, I was wondering if you had any recommendations or even what your reference list was for this article? I apologize if it seems an odd question to ask here - but I figure, why not?

You should have me run the company. As I was born six weeks before Disneyland opened, I have always felt Disney is in my blood. Having the background, knowledge and passion for Disney, I know I would make the perfect first woman to run the entire company. We would make alot more money than you can imagine while making Walt's dream even prouder than he or you thought possible.

Rose, I love your enthusiasm. There is nothing quite like the magic of a Disney park. It would be so amazing being part of making that happen.