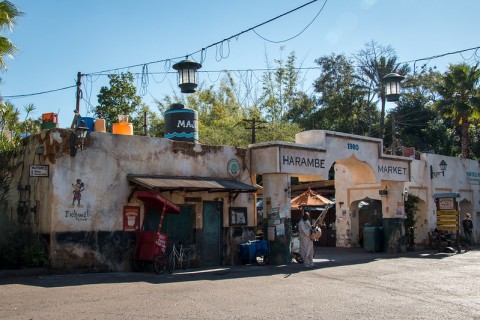 Disney is famous for many things: Its great movies, its great theme parks, and even its great toys and merch. But, above all else, the thing that instantly comes to mind when you hear “Disney” is excellent theming.

The Disney Parks haven’t always been the best example of immersive theming, to be honest. Universal’s Wizarding World of Harry Potter is, in many ways, more triumphant than anything Disney created before Pandora, the World of Avatar. However, there is more to theming than simply immersion.

The village of Harambe does not, in fact, exist. Nor does Harambe appear fully-realized in a multi-billion dollar film series. It is, instead, a community inspired by a handful of specific cultures in Africa — designed as a broad fictional melting pot of those cultures and to serve as a believable jumping off point for an equally-fictional safari.

It is a setting Disney invented all on its own, and while it is not “immersive,” it is highly specific and engaging. In many ways, it’s one of the best themed lands Disney has ever created — including Pandora, The World of Avatar and Star Wars: Galaxy’s Edge. While you are there, it is easy to forget that you’re in Walt Disney World at all.

Why is it so effective at cultivating such a specific sense of place? Let’s take a closer look. 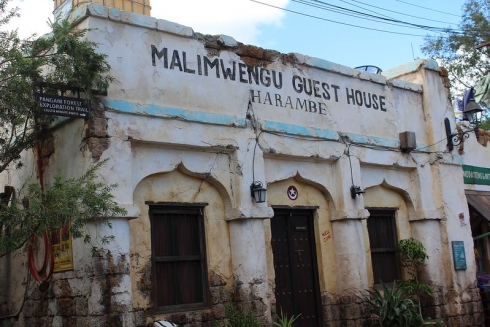 One of the ways Disney does its best storytelling is through architecture. It is, in many ways, Disney’s most obvious and lasting piece of artistic legacy, with buildings like Cinderella’s Castle, Spaceship Earth, and even the Swan and Dolphin Resort hotels acting as instantly-iconic signifiers of the company itself.

In Harambe, architecture is just as important. With low, weathered buildings inspired by structures in Kenya, Zanzibar, and other portions of Eastern Africa, Disney is able to craft a village that is both instantly recognizable as African, but also as connected to nature as the Animal Kingdom’s other lands. The buildings blend into the trees growing beside them, the rivers flowing in front of them, and the fictitious nature preserve extending out beyond them.

Additionally, the architectural style leans heavily toward those traditional African styles rather than mixing in any of the colonial English tradition — a mistake many “African”-themed areas often make. Harambe doesn’t feel “primitive” nor does it have unfortunate echoes of the dark colonial past Africa has been victimized by. Instead, the result feels deeply and wholesomely African — a beautiful and peaceful place with an extraordinary connection to the natural beauty of the planet. 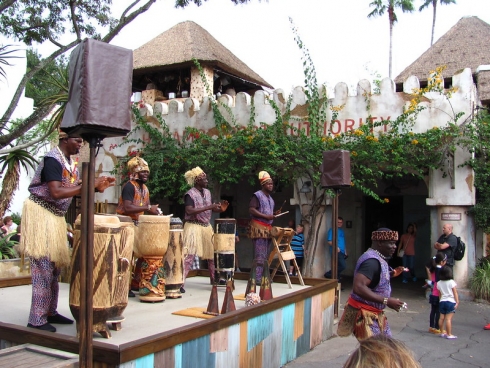 It is impossible to talk about Harambe without mentioning the lush soundscape that is perpetually emanating from it. This soundscape is the greatest echo of rural Africa — a place known for complex musicality.

First, and most importantly, is the actual music played in the area. It is traditional African sounds with beautiful harmonic vocals and tonality. This music is accompanied by, at times, genuine live performers — each demonstrating a mastery of their unique instruments and repertoires. Music is so deeply intertwined with Harambe that its stores sell small musical instruments — drums, blocks, and string instruments. It is a lasting legacy of the area.

But, as is often the way in the region of the continent upon which Harambe is inspired, people themselves also offer a kind of chorus and musicality that brings the area to life. Some, like the conversations and bar sounds that hover just above the Dawa Bar, are of course piped in by Imagineers. But others, like the general cacophony of a Disney Parks crowd, act to add a city-like bustle to the streets of Harambe.

It is a space designed to feel lived in, and between background music, live performers, and the ruckus of crowds, it truly feels like a place of life.