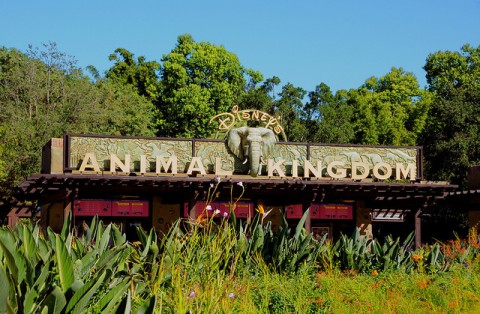 Every time a visitor to Walt Disney World describes Animal Kingdom as a half-day park, a small part of my heart breaks.

No, it doesn't have the attractions of the Magic Kingdom, and no, it doesn't have the gloriously time-sucking World Showcase to eat up an afternoon. But, what makes Animal Kingdom special is that it's not trying to be either of those places. It's trying to do something wholly different and, on this criteria, it is a complete success. And, if you know where to look, it's easy to spend a full day there.

But this isn't an article about how Disney's Animal Kingdom isn't a half-day park. I'm taking it one step further.

I think, if you look at all four parks of Walt Disney World, there's a very good argument to be made that Animal Kingdom is actually the best of the lot. What it lacks in quantity, it more than makes up for with the quality of experiences and the depth and richness of its story.

“Well, this is it,” you're probably saying right now. “Dakota has absolutely lost his mind.” And I dunno, maybe I have. But in thinking about what each of these four parks represent, and the amazing attractions that lie within them, I came to this conclusion. Here's why: 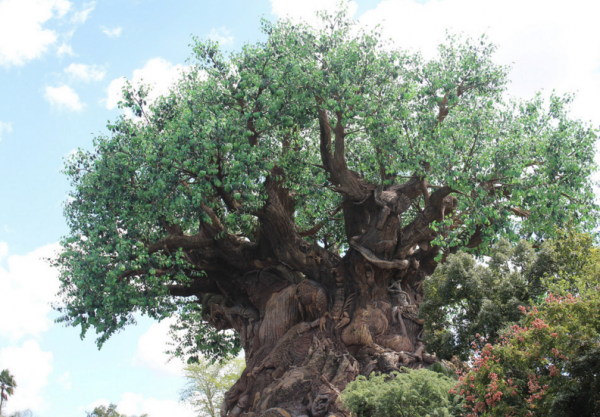 Great ideas never die at Walt Disney Imagineering. They might be shelved for a while or reworked into something new, but if something is truly a good idea, it will eventually get its chance to shine. And, if those ideas happened to belong to a Mr. Walt Disney himself, you'd better believe they don't go far for too long.

One such idea was Walt's obsession with nature.

Back in the 1950s, Walt Disney Productions released a series of adventure documentaries called “True-Life Adventures.” Several of these documentaries actually won Academy Awards, and are still considered pioneering works in the nature documentary canon. Walt was so interested in this type of work, when he launched Disneyland in 1955, he wanted to give guests the opportunity to experience nature in this manner close-up.

Obviously, that would be a pretty big challenge in 1955, and so Walt ultimately gave in, and that plan morphed into the world famous Jungle Cruise.

But Disney's Imagineers never forgot that impulse to put guests inside a True-Life Adventure, and in 1995, then-CEO Michael Eisner announced Disney would begin construction on a fourth theme park titled “Wild Animal Kingdom.” It wouldn't simply be a zoo – Disney was adamantly opposed to such an idea – but rather, it would be an immersive experience sharing a message of conservation. Animals would be relatively free roaming, and guests wouldn't experience them in enclosures, but rather, they'd meet them like they might out in the wild. But even more than that, Disney would use those animals to tell a story about humanity. It wasn't just a zoo -- it was a storytelling experience. That was a unique and deeply iconoclastic idea, and one that really hasn't been replicated anywhere else. 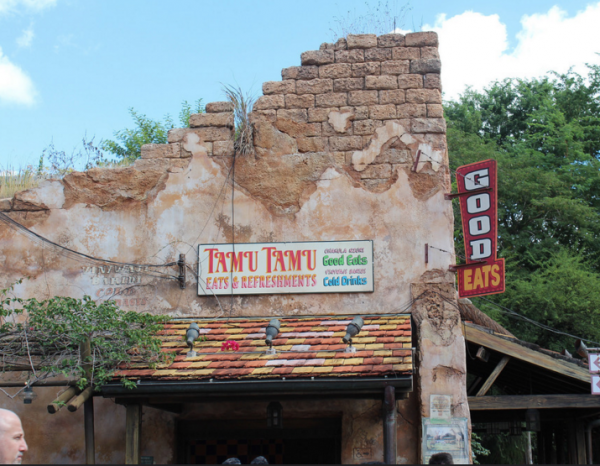 Perhaps more than anything else, what makes Disney's Animal Kingdom special is the fact that it can be viewed as one enormous attraction unto itself.

Unlike the Magic Kingdom or Epcot, where guests queue for different attractions and then spend time walking between them in clearly delineated states, the line between attraction and queue is more blurred here than in any other park. And even when walking between attractions, you often stumble upon an animal exhibit or a fascinating bit of horticulture that feels like worthwhile experience all itself. Attractions, then, aren't the sole draw to this park, but rather, they're points of interest in one long, continuous story – that is, the story of your exploration of the Animal Kingdom.

Look at the Africa section of the park, specifically. This area of the park is themed around the Harambe Village – a former British colony that has since come under self-rule – and its centerpiece is the Harambe Wildlife Preserve, which also happens to be the setting for Kilimanjaro Safaris: the park's signature attraction.

But when you think about it, Kilimanjaro Safaris doesn't really begin when you hop in the line for it. Rather, it starts the moment you first enter Harambe, feeling its energy and studying its architecture. As you walk into this area of the park, the exposition work for Kilimanjaro Safaris is already underway. It sets the scene for the ride long before you even walk beneath the attraction's sign. How many other attractions have that same level of in-depth storytelling? And that attention to detail is found throughout the park – and really, nowhere else on Disney property.

Magic Kingdom will always be my favorite park, but Animal Kingdom runs a close second. I agree with the fact that it immerses you totally into the experience, a truly unique experience, from the visuals to the music.

Before I did the DCP my favorite park was EPCOT, and it still is up there as a close second to DAK, but everything above is why it is now my favorite park. Expedition Everest became my favorite ride, Festival of the Lion King became my favorite show, and after a close encounter with a giraffe on Safari I had a new respect and love for that ride. DAK is the park I go to to relax and enjoy my surroundings and explore. Also being a Wilderness Explorer is awesome.

I LOVE Animal Kingdom! I'm actually hoping to have the chance to work there someday as an animal specialist!

I totally agree. No other Disney park gives such a thorough experience as Animal Kingdom does!

The 2 mile walk between attractions