Why Disney Should Bring Back Star Wars Weekends 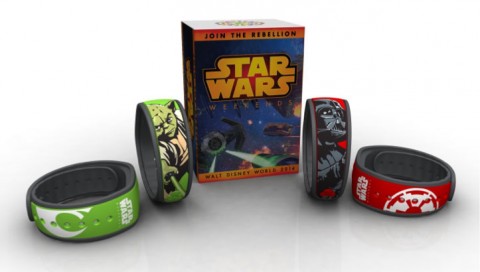 Hey, Walt Disney World fans! Name the most famous weekend event in the history of Disney's Hollywood Studios! You know the answer, right? Back in the day, fans of a particular film franchise would plan their entire vacation schedule around the festivities, and I maintain that they should get to do it again one day soon. Here are five reasons why Star Wars Weekends should return at Walt Disney World.

I’m going to list five strong reasons why Star Wars Weekends were wonderful gatherings for Star Wars and Disney fans alike. However, I want to be clear. The first pro dwarfs all of the others, at least to movie fans. At expos around the world, guests pay hundreds of dollars to visit with their favorite celebrities.

This event was like a small scale Comic-Con, only the personal interactions were more intimate. And once everyone got done hanging out with Star Wars actors, they could ride Twilight Zone Tower of Terror afterward! Star Wars Weekends merged two favorite activities, theme parks and celebrity signings, in one event.

Loved these!! got to go for the last two. Was able to see Peter Mayhew in one of the chats!! I was super disaponited when they stopped and Have said they should bring them back!!