Behind the Ride: The Twilight Zone Tower of Terror 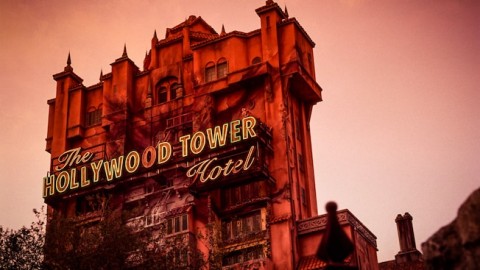 “Hollywood, 1939. Amid the glitz and the glitter of a bustling, young movie town at the height of its golden age, The Hollywood Tower Hotel was a star in its own right; a beacon for the show business elite. Now, something is about to happen that will change all that. The time is now on an evening very much like the one we have just witnessed.”

What’s so perfect about the Twilight Zone Tower of Terror? It’s a supernatural attraction that brings a dead man back to life. I’m not even talking about one of the characters in the story. Instead, I’m referencing Rod Serling, the host of the attraction and its namesake television show. He died in 1975, but Disney’s Hollywood Studios didn’t unveil the ride until 1994. How’s that for spooky? In this article, we’ll discuss this and several other chilling aspects of the accursed building known as the Hollywood Tower Hotel. Let’s go behind the ride to learn why Twilight Zone Tower of Terror is such a classic.

The Experience: Entering the Twilight Zone

The Trick: Choosing the perfect IP from several diverse options 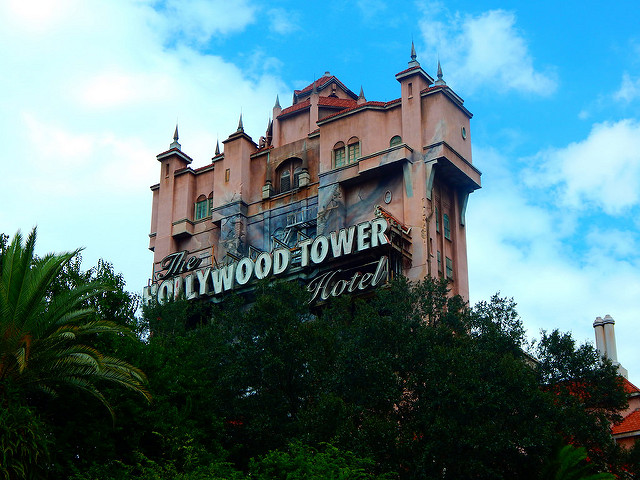 What do Mel Brooks and Stephen King have in common? The logical response is, “Not much.” For Disney park planners, however, they were candidates on the same drawing board. During the Blue Sky phase of plotting Disney’s Hollywood Studios, both of these content creators were in discussion for a new attraction.

Imagineers wanted to build something spooky as part of their movie-based theme park. One of their inspirations was Young Frankenstein, the Mel Brooks movie. Park officials and then-CEO met with Brooks about the idea, which would become the first major expansion at Hollywood Studios. 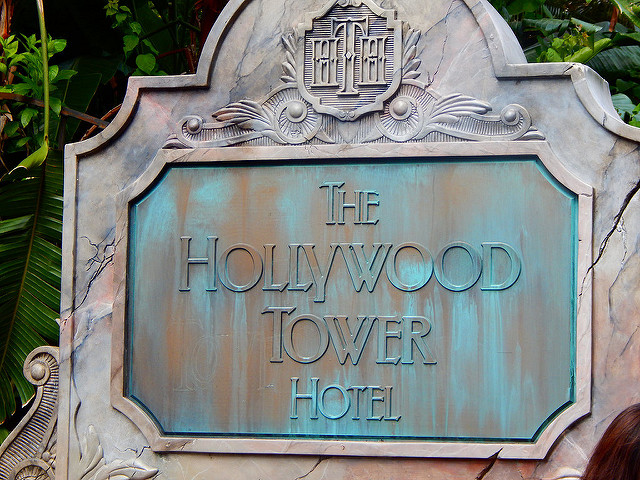 After a time, this idea fell by the wayside, and Disney moved along to the works of Stephen King. This ride concept also would have embraced the supernatural. Disney officials quickly realized that Stephen King wasn’t a great match with the land of Mickey Mouse, though.

Eventually, park officials realized that a perfect match was available. The Twilight Zone ran for 156 episodes, and its legend had only grown during the new era of cable television programming. After several years of discussion, Hollywood Studios had found its perfect match. The intellectual property (IP) of The Twilight Zone was the perfect premise for a ride.

The Experience: Creating a Tower that terrifies

The Trick: Classic Disney construction with an ominous twist 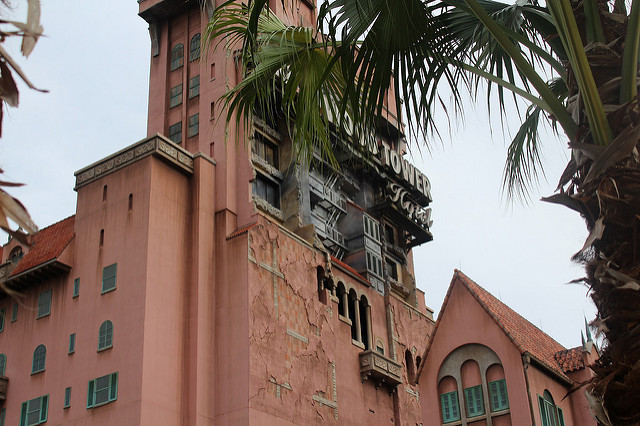 Once park planners settled on an IP, they embarked on a strategy to bring The Twilight Zone to life. They quickly settled on a classic Hollywood theme for the attraction, recognizing that Imagineers could construct the perfect wienie as a bookend for one side of the park. A Tinseltown hotel, one where A-list celebrities escaped the common people, was the perfect setting for a ride.

The premise checked several boxes at once. The hotel skyscraper would draw attention to Hollywood Studios, even from a distance. There was a catch, though. One side would be visible to guests at Epcot, and the line of sight matched the Mexico Pavilion. It was a potential disruption to the theme of the wienie there, the massive pyramid structure. For this reason, one side of what we now call the Hollywood Tower Hotel has a modest but noticeable Aztec design. Park officials refused to let a new manmade monument disrupt the illusion of an existing one.

There was also the problem of building a giant tower. The underlying premise of the Hollywood Tower Hotel is that it’s a skyscraper, one that requires a large elevator shaft to navigate all the floors. As Disney fanatics know, federal regulations stipulate that any structure over 200 feet must have warning lights to signal approaching aircrafts. 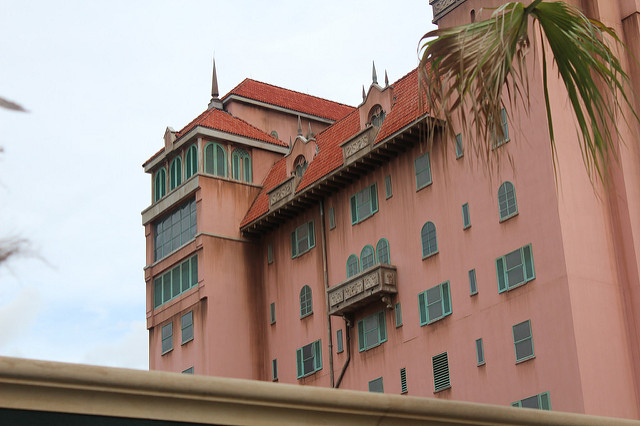 Imagineers obeyed these rules, although they pushed the boundaries as much as possible. The hotel is 199 feet tall. For a time, it was the tallest structure at Walt Disney World, although Expedition Everest later surpassed it…by half a foot.

The genius of the Hollywood Tower Hotel is its foreboding, almost menacing presence. This high-rise seems to warn onlookers that they should steer clear of the building. To make it menacing, Disney used a baseline of existing Hollywood hotels such as the Mission Inn and the Biltmore Hotel. Then, they added exterior touches to provide the appearance of disrepair stemming from long-term abandonment. The grave look discourages just as it intrigues, a perfect effect for this attraction.