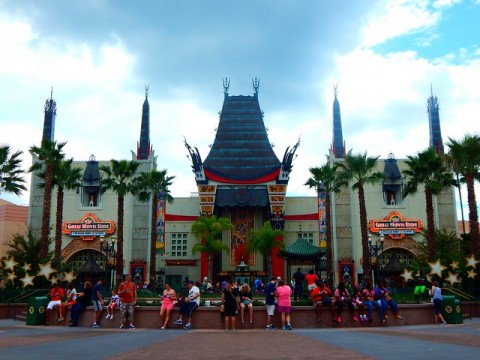 Just when you think you have it figured out, Disney’s Hollywood Studios comes up with new surprises.

Of all of the parks at Walt Disney World, you could say that DHS has had the most unpredictable run. What started out as a pavilion idea for Epcot quickly grew into a full park concept—a convenient rival to Universal Studios Florida which began construction around the same time. The park holds several unique accolades, such as being home to the largest hidden Mickey on Disney property (the layout of the park itself). It hosted the only attraction at Walt Disney World with references to an R-Rated film (The Great Movie Ride in the Alien and Fistful of Dollars scenes), and the park even had a live, downscaled version of the popular show, American Idol, that allowed guests to compete for a front-of-line pass to a real audition.

Disney’s Hollywood Studios fell into something of a lull the past decade, earning a reputation as one of Disney’s more stagnant parks. Fortunately, the park is in the midst of a major comeback, particularly thanks to the arrival of Toy Story Land and Star Wars: Galaxy’s Edge, but there are still dozens of misconceptions about it that have spread over the years.

Continuing our series on the biggest misconceptions surrounding Walt Disney World’s parks, here are the top nine things everyone seems to believe about Disney’s Hollywood Studios—but that are totally wrong!

1. It’s stayed pretty much the same since opening 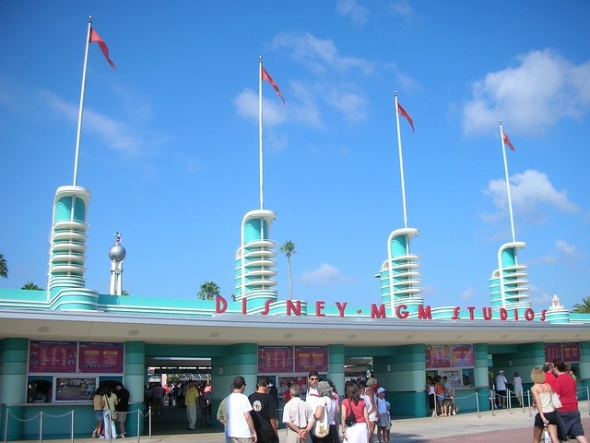 Probably no park at Walt Disney World has gone through more changes than Disney’s Hollywood Studios. The park opened in 1989 as Disney-MGM Studios—a curious name since MGM had nothing to do with the design or management of the park. Indeed, the only reason the MGM name was licensed-in-perpetuity was because the studio and its movie library was so prestigious. Things got sketchy when Disney started using the name for productions filmed in the park—something MGM was less-than-pleased about. Things got worse when MGM decided to build their own theme park experience across the country in 1993.

After a long series of legal battles, in 2008, the park’s name was changed to Disney’s Hollywood Studios, mostly for marketing purposes. With the fizzling of the studio focus of the park’s vision, rumors abounded in 2018 that Disney would be changing the park’s name again (one of the more absurd options floated on guest surveys was “Disney XL”). Fortunately, this change never took place and looks to be off the table for now.

Almost everything has changed in this park since opening. With the closure of The Great Movie Ride, not a single one of the park’s original attractions remains. The only two that remain from the opening year are the Indiana Jones Epic Stunt Spectacular and Star Tours (the latter of which is basically an entirely different ride). The studio and classic cinema elements of the park, in particular, are completely gone, shifting instead to a broader focus on Disney, Pixar, and Lucasfilm properties, past and present.

2. It never succeeded as a working studio 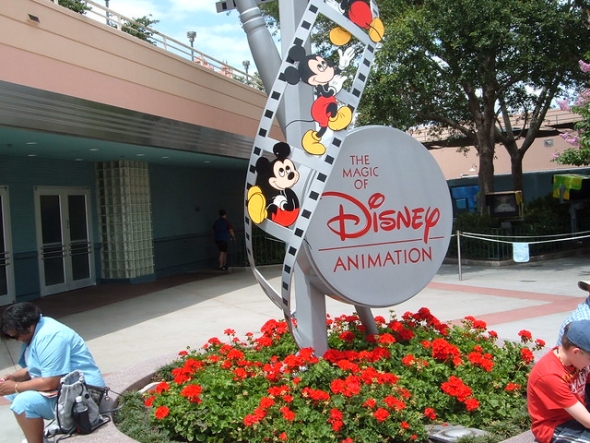 It is true that one of Disney’s bigger mistakes in the inception of Disney-MGM Studios was attempting to compete with Universal as a theme park surrounding a working studio. We’ve touched on the story of Disney’s “meh” attempt to mirror Universal Studios Hollywood’s backstage tour before, but that isn’t necessarily to say that the park’s foray into the studio realm was a complete disaster.

Several major films did utilize Disney-MGM Studios for production, including Passenger 57, Honey, I Blew Up the Kid, Newsies, Instinct, and From Earth to the Moon. The New Mickey Mouse Club also filmed at the park. The main problem Disney ran into was that they made production contingent on guests being able to watch the filming process. The studios lining the backlot tour had huge soundproof clear sides, and that created major privacy and liability issues for casts and crews to have to work with tourists watching their every move. Indeed, long before the backlot tour finally closed in 2014, production at the park had ceased.

Disney’s Animation department fared better. While the majority of Disney’s animation was produced at its studios in California, the studio located inside The Magic of Disney Animation attraction succeeded as a functional addition to Disney’s production network. Guests touring the attraction could watch as animators contributed to scenes from Beauty and the Beast, Aladdin, The Lion King, and other Disney Renaissance classics. The branch did so well that a majority of the footage for Mulan, Lilo & Stitch, and Brother Bear was animated at the Orlando location within the sight of guests. The working studio component finally closed in 2004 around the time of the shift of Disney’s animation focus to their partnership films with Pixar. The attraction lasted until July of 2015.

3. The Chinese Theater has always been the park’s icon 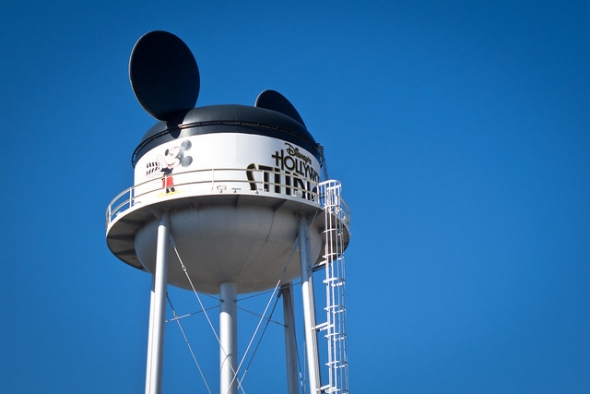 What is the actual symbol for Disney’s Hollywood Studios? When Disney-MGM Studios opened, there was little doubt that the park’s primary icon was The Earful Tower—an iconic Mickey-eared water tower located on the studio’s backstage tour. The tower even showed up in most park logos. However, even from its opening, Disney’s Hollywood Studios always had a competing icon.

The park’s replica of Mann’s Chinese Theater is stunningly accurate, detailed to 9/10th’s scale. While the Earful Tower could be easily missed by guests who never took the tour, the Chinese Theater ultimately acted as the focal point for guests entering the park. You almost couldn’t imagine Disney-MGM Studios without that first glimpse at the gorgeous theater.

So logically, in 2001, Disney covered it up with a giant sorcerer’s hat…

The addition of the hat had nothing to do with the park’s name change—the park was still called Disney-MGM Studios. Rather, the hat was added for the resort’s 100 Years of Magic Celebration. The gargantuan thing was originally designed to be built outside of the park, but complicated plans eventually moved it smack into the middle of Hollywood Boulevard—an inconvenient spot as it completely blocked the Chinese Theater. Rather than removing it after the anniversary celebration was over, Disney left the hat in place as the park’s icon until 2015, when finally, it was removed and the sightlines to the Chinese Theater restored.