In 2009, Disney set out on a venture that would push the boundaries of the theme park experience forever—an attraction where guests weren’t just entertained as spectators but where they could step up and become that entertainment.

The American Idol Experience took park-goers to territory never before explored by putting the power into guest’s hands. Audience members were given full autonomy both to vote for winners throughout the day and to decide what lucky young person might win a coveted “Golden Ticket” to potentially become the next American Idol. After a highly successful run of six years, the attraction closed in 2014, but its mark on Disney history cannot be understated. I had the pleasure of taking part in the show twice as a finale contestant, and I can easily say it was my favorite experience in 30 years of Disney travel.

However, it does beg the question: How did Disney’s take on the American Idol Experience compare to the real thing?

I worked as a production crew member on the American Idol national auditions for two seasons, and I want to offer an insider perspective on how Disney’s American Idol Experience didn’t just capture the magic of America’s favorite talent show—it exceeded it.

The American Idol Experience hinged entirely on the participation of guest contestants—a risky venture that paid off in spades. The audition process to find those contestants was a testament to Disney’s attention to detail not only in replicating the American Idol adventure but improving upon it.

In Disney’s version, Guests 14 years or older could register to audition each day. At your allotted time, you’d proceed to the American Idol Experience studio to be briefed via a pre-audition video. You sang an acapella song of choice for a very nice casting director, and if you made the cut, you were given a pin-on number and directed inside to the next stage of the audition. If you didn’t pass, you still got a sweet “I auditioned for the American Idol Experience” button to show off your chutzpah.

This, by itself, was a far more pleasant experience than attending a real American Idol audition. The process for hopeful Idols wasn’t so simple as standing in a line then serenading Simon Cowell. It was an extremely arduous affair involving days of pre-registration, significant queues with tens of thousands of other hopefuls (and some outright crazy people), and waits as long as nine hours in a hot stadium to finally sing for one of several dozen casting judges in a line of pop-up tents. You could have a voice like Celine Dion and be given a thumbs-down for anything from appearance, to squeaking a note, to just not “fitting the profile”. In most cases, you would never learn the reason.

If you were given that remarkable news that you passed stage one, you wouldn’t be headed to Hollywood but to hours of briefings, signing documents, and even psychological testing. As for auditioning for the celebrity judges? It never happened that same day. Contestants would be given a date several weeks away to sing for the show’s executive producers. If participants passed that, then on another completely separate day, the best of the best and worst of the worst would audition for the celebrity judges.

In the Disney version, the process sped by in a whirlwind of excitement, trepidation, and adrenaline. After receiving your number, you were immediately ushered into the studio’s beautiful Red Room (an interior designer’s love letter to Coca Cola) and given a song list and MP3 player. You chose two songs to perform for a producer in a studio reminiscient of the audition room from the show.

In a uniquely smooth move on Disney’s part, guests received their results from a pre-recorded video of Ryan Seacrest—either that your journey had ended or, with classic Idol fanfare, that you were heading to the stage. With blaring music and applause, you were rewarded with a bag of swag and a spot in the day’s preliminary shows. If you were extra lucky, the production team spirited you away to film fun TV spots that highlighted contestant personalities. 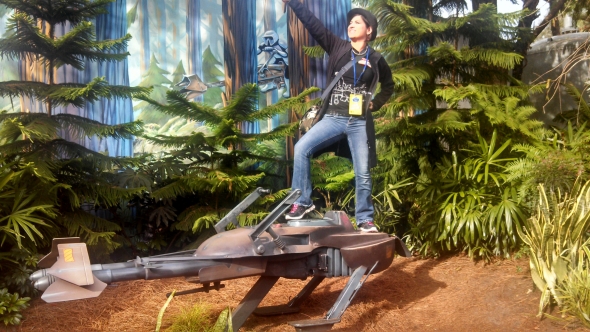 However, injecting Disney magic into the auditions wasn’t the only area where Disney went above and beyond in recreating the American Idol Experience.

Thank you for a great article, The Cast Members who were apart of this great experience still talk about it fondly. We are the Idol Family no matter where we are around Disney