Behind the Ride: Slinky Dog Dash 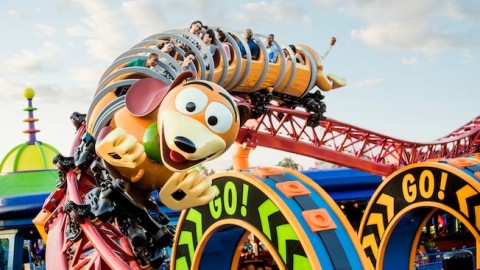 Have you ridden Slinky Dog Dash yet? If not, “you are a sad, strange little man and you have my pity.” The hottest new ride at Disney’s Hollywood Studios isn’t an E-Ticket attraction per se. It’s more of a family-friendly roller coaster that fills a niche. Still, it’s the anchor attraction at Toy Story Land, the themed land that’s driving attendance at Walt Disney World right now. It uses a lot of impressive Imagineering tricks, too. Let’s go Behind the Ride to learn what makes Slinky Dog Dash tick.

The Experience: Suspension of disbelief about your natural size

The Trick: Creating larger-than-life ornaments that sell the premise 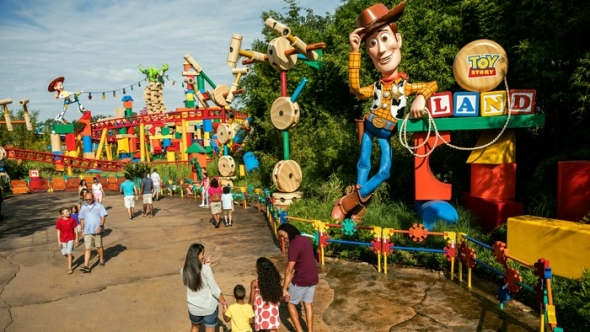 Image: DisneyWhen you visit Toy Story Land, the theming suggests that you’ve shrunk down to the size of a toy. You’re visiting Andy’s bedroom shown in the first three Toy Story movies, and he hasn’t given any of belongings to Bonnie yet. Yes, the gang’s all here!

As the signature attraction at Toy Story Land, Slinky Dog Dash embodies the concept of the entire themed land. Everything that you see is part of a playset that Andy won during a fateful game at Toy Story Planet. He is now the proud owner of the Dash & Dodge Mega Coaster Kit, which is happily constructing in his bedroom.

The catch is that Andy is a young boy, and I speak from experience when I say that young boys have the world’s shortest attention spans. Presumably, Andy’s seen something shiny or maybe chased a butterfly out of the room or something. Whatever happened, he hasn’t completed the coaster kit yet, and that’s troubling since you’re about to ride it! 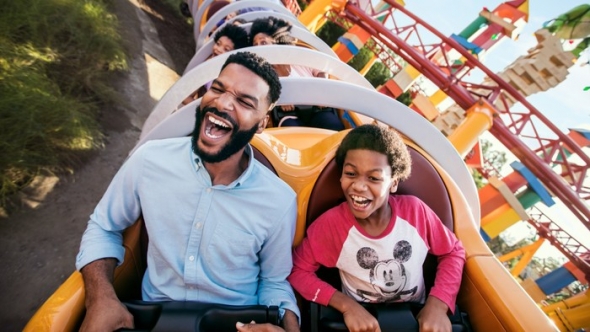 Image: DisneyYes, on Slinky Dog Dash, you’re a kind of crash test dummy, the ill-fated toy forced to zoom around on an incomplete roller coaster. There’s a strong chance that this won’t end well for you, which exacerbates the element of excitement.

Imagineers really played up the premise with the ride design. You’ll see all sorts of elements that reflect the improvisational skills of a child. Sure, it’s a roller coaster playset, but it’s got Christmas lights for some reason. Also, several of the beloved Toy Story characters are on display, probably because they’re toys sharing the same play area with you. 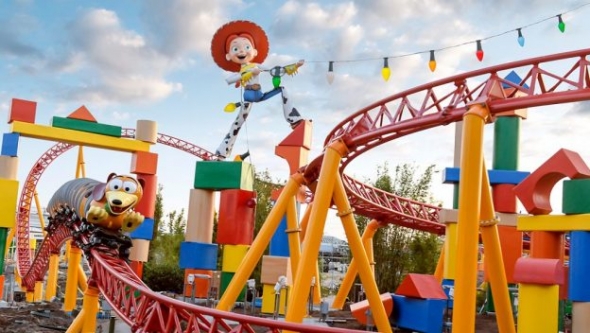 Image: DisneyFrom the start of the ride queue, you'll see hints of Andy's hand in building the playset. His illustrations are on display. You can see giant-sized characters like Jessie throughout the ride.

Disney’s crafted a level of immersion that’s stunning even by their lofty standards. By the time you board the ride, you’ll fully believe that you’re a toy in Andy’s bedroom. And all Disney needed to perfect the illusion was a bunch of oversized models of Rex and Jenga blocks and the like. This easy demonstration of scale proves that the simplest tricks are frequently the most impacting.