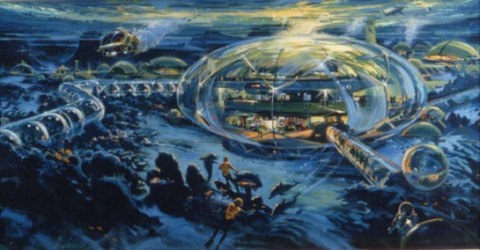 In a heartbreaking manner, Epcot represents a series of unmet dreams and frustrating compromises. I say that as someone who describes Epcot as my favorite park on the planet. As a Disney historian, however, I look back at Walt Disney’s vision for the Experimental Prototype City of Tomorrow, and then I think about Journey into Imagination with Figment. Somehow, Epcot diverted from its path as a utopian society into a place with a lousy ride that makes lazy jokes about bodily functions. It’s a depressing trajectory.

Epcot’s Future World embodies this odd path. It started with nine pavilions, most of which emphasized edutainment. They exemplified facets of humankind such as communication, creativity, innovation, and nutrition. Today, Mission: Space lets you push a button one or two times while it bounces you around. Somewhere along the way, Disney lost its way, presumably because Uncle Walt died too young. So, how do we evaluate what’s left of the future that Imagineers projected in 1982? Here are my rankings of the remaining pavilions at Future World.

7. Festival Center aka Wonders of Life

One of the heartbreaking aspects of this discussion is the usage of some original pavilions. Horizons, the de facto sequel to Carousel of Progress stood apart as one of the most ambitious original pavilions, one that projected the future. It’s no longer with us, perhaps the most damning statement possible about Epcot.

Another pavilion, the Universe of Energy, is currently in transition from Ellen’s Energy Adventure to a Guardians of the Galaxy roller coaster that won’t have anything to do with the pavilion’s initial intent. Two of the seven pavilions in operation today are on life support. Choosing one is better is like debating the least klutzy of the Three Stooges.

Wonders of Life was once a place that celebrated the virtues of health and fitness. Its dedicated attractions, Body Wars and Cranium Command, quickly won over guests. The golden-domed pavilion was visually stimulating and maintained the vision Walt Disney had shared for Epcot. Alas, this place cost a lot of money to maintain and became financially impossible when its sponsor, MetLife, dropped out.

Today, Wonders of Life is…a welcome center for the four current international exhibitions Disney hosts at the World Showcase. Where guests once learned in the most entertaining of ways, they now order beers. It’s a bastardization of everything that Disney should stand for and a total waste of space.

The formerly great CommuniCore had grand ambitions. Imagineers structured the park so that this area would sit squarely in the middle of Future World, educating one and all on the topic of innovation, especially the fledgling field of computers. Thematically, it was central to Walt Disney’s grand scheme for his utopian capitalist society.

In execution, CommuniCore displayed the overriding problem that has plagued Future World and Tomorrowland for that matter. Technology moves at a pace that construction simply cannot match. Trying to keep up is functionally impossible. This pavilion failed in its first form, forcing Disney to rebrand it as Innoventions.

Over the years, various sponsors have asked for educational attractions, and Imagineers have dutifully constructed them. The best was Sum of All Thrills, a make-your-own roller coaster, which closed in 2016. At the time of publication, three meager Innoventions are available for public consumption plus a character meeting spot. I say with some confidence that when Walt Disney planned his prototype city, he didn’t expect to sponsored edutainment with a Mickey Mouse hangout.