The Insane Details You Never Noticed at Disney Springs 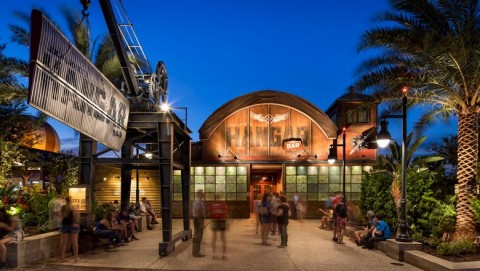 You’ve walked there, you’ve shopped there, and you’ve eaten there, at least if you’re lucky. Disney Springs is the famed entertainment district of Walt Disney World, one with more than 40 years of history. It’s also only a couple of years old from a certain perspective, as Imagineers erased the final traces of Downtown Disney to start this “new” shopping destination. Today, let’s look at the special touches that you might have missed that reinforce the underlying premise of the area. Here are a few amazing details about the theming at Disney Springs. 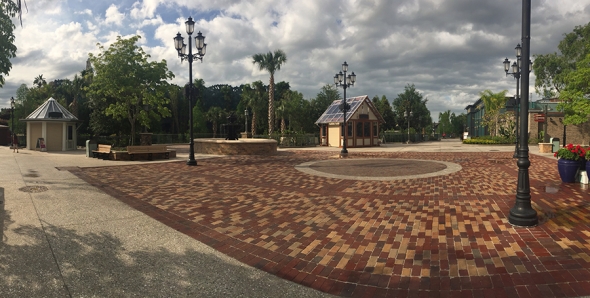 Image: DisneyLet’s start with the basics. Disney Springs is, believe it or not, the fourth iteration of this shopping district. The original version was Lake Buena Vista Shopping Village, an early attempt by Disney to empty the wallets of all theme park tourists visiting Walt Disney World. I’ve previously described it as Disney Springs Alpha, although it didn’t last long. It existed for only two years before the company changed the name to something more homogenous, Walt Disney World Village.

After only two years, Disney executives understood that they needed a stronger connection between their shopping village and the Most Magical Place on Earth. They tried something new in 1989, altering the name to Disney Village Marketplace. Alas, guests mainly referenced it by its most memorable area, Pleasure Island, the late-night hotspot. 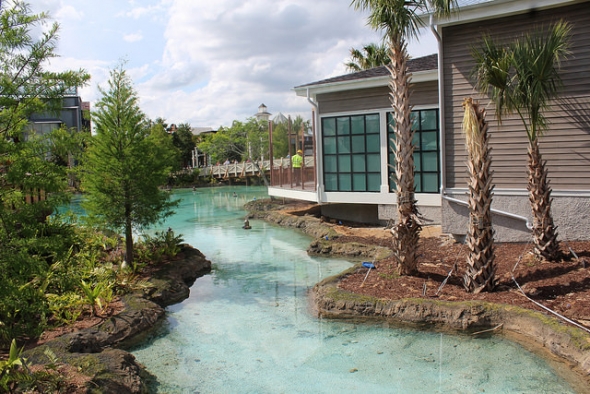 In 1997, park planners married Walt Disney World Village and its nightclub section, Pleasure Island, under one umbrella. This attempt proved so successful that they mirrored it at Disneyland in 2001. Known as Downtown Disney, it lasted almost twenty years before Disney Springs opened, but Imagineers learned something during this era. The idea of theming proved effective with tourists, as Merriweather Pleasure’s backstory amused guests.

What Disney needed was a similar theme that connected a planned expansion of the entertainment district. They wanted four different sections at their new shopping mecca, Disney Springs. Each quadrant of land earned its own name. They are The Landing, Marketplace, Town Center, and West Side. They’re loosely connected by one of the most important but subtle themed elements of Disney Springs: the bridges and man-made waters. 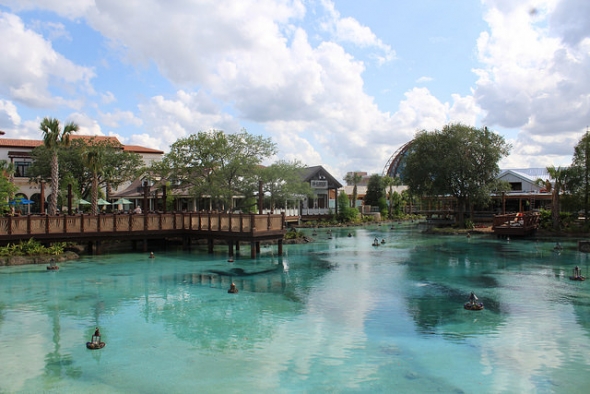 The premise of Disney Springs is hidden in plain sight. It’s the islands of Florida! Yes, all of those intercostal developments are the inspiration for the design. Imagineers took a look at some of the geographical oddities of cities like Coral Gables and St. Augustine, places that line the coast of Florida. They also took inspiration from the Florida Keys, noting that several standalone islands are inaccessible by bridges.

When you cross a bridge at Disney Springs, you’re effectively traveling from one disconnected part of an island to another. Without that bridge, your only other options to reach the other side are a boat or some swimming trunks. With these premises in place, Disney could construct four different styles of “lands” in plausible fashion. Each one is representative of a set time and place in Floridian culture. And here you thought Disney Springs was just a great place to get sloshed!