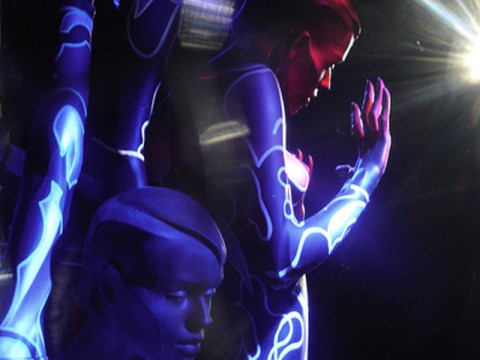 Walt Disney World’s Pleasure Island closed for good on September 27, 2008. But it really died long before that, when then-management decided it would be a great idea to build the West Side. With admission-free shopping and dining on both sides of the Island, guests naturally complained about having to walk around the gated attraction to visit the free stuff. So management responded by opening up Pleasure Island as a walk-through, with admission charged only to get inside the clubs. This move killed the entire theme, opened up trouble with local teens who showed up for the free outdoor concerts, and marked the beginning of the end.

Today, we take a look back at Pleasure Island’s glory days. Some of these things lasted until the bitter end, while others died long before. Here are 5 things we miss about Pleasure Island. 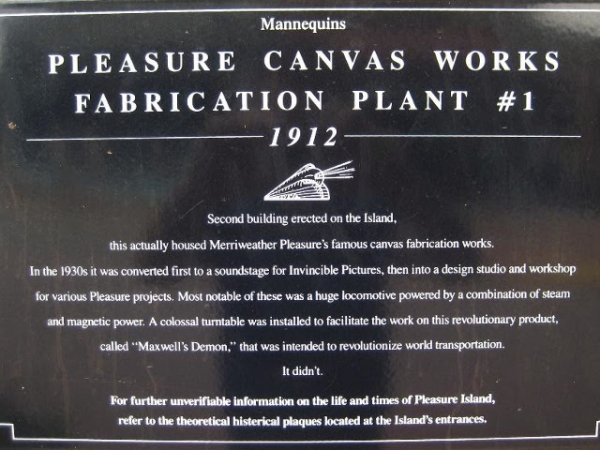 The back story for Pleasure Island was highly imaginative and intentionally ridiculous. As the story went, explorer and visionary Merriweather Pleasure purchased the Island in 1911 and founded a hugely profitable canvas-making and sail-fabricating empire. With the proceeds, he indulged his twin loves of scientific experimentation and world travel.

Unfortunately, he was lost at sea while attempting to circumnavigate the Antarctic in 1941. His sons took over the empire, but mismanagement led to a 1955 bankruptcy, and Hurricane Connie largely destroyed the Island that same year. The Island and its remains were discovered by archaeologists in 1987, and Disney decided to reclaim it. In 1989, it opened as a nightclub complex honoring Merriweather Pleasure with the motto, “Fun for All, and All for Fun!”

This ludicrous yet entertaining back story was explained via “historical plaques” at the entrances, while plaques on each building explained what the building originally housed during Merriweather’s time. Some of the plaques survived until long after Pleasure Island closed, but many were removed during various renovations while it was still operational. 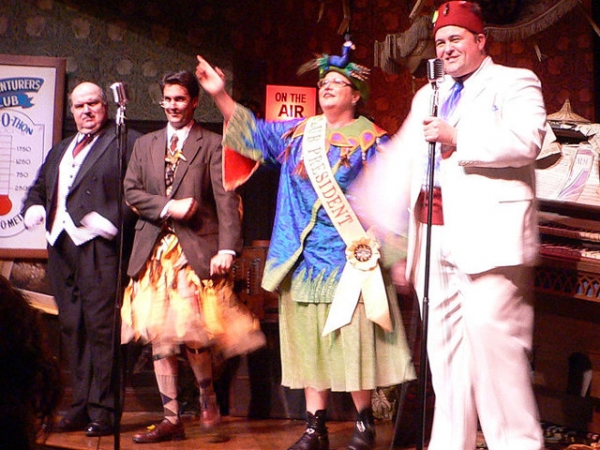 The Adventurers Club was nearly indescribable. The premise was that it was a 1930s social club for explorers and world travelers. The outer rooms held small shows featuring animatronic masks and other treasures. Every hour, a different main stage show took place inside the Library, with various adventurers telling the tales of their exploits.

One of the greatest things about the Adventurers Club was that it was highly immersive improv theater. The actors mingled with the crowd and often acknowledged individuals in fun and unusual ways. For example, I stepped in one night wearing ripped jeans and combat boots, along with an eyebrow ring. Curator Fletcher Hodges immediately thanked me for crawling on my hands and knees just to get to the club—as evidenced by the missing fabric on the knees of my pants. He then asked me to share my story of the fight I had with a fish hook, and how it got embedded in my eyebrow.

Kungaloosh was both the official greeting and the official drink of the Adventurers Club. Many people have fond memories of both, slurring the greeting as they reached the bottom of the glass. It was introduced to new guests as part of the theme song, sung repeatedly throughout the evening as part of the New Member Induction.