Downtown Disney Was Doomed Before it First Opened. Here's Why 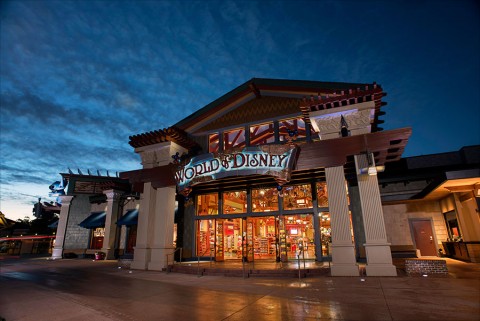 Pleasure Island sounds like a place where clothing is optional, doesn't it? At least it would if you weren't a Disney fan who already knew what it was. For this reason, the idea of Pleasure Island at Walt Disney World always sounded incongruous to outsiders.

Conversely, Lake Buena Vista Shopping Village sounds like a happy retirement community where retirees invite their grandchildren to spend the holidays. Therein lies the logic that Disney execs used in trying to unearth new ways to improve their bottom line. They wanted to maximize their revenue potential during the early 1970s, the trying period that came soon after Walt Disney’s demise. The best way to do that was to build an entirely new development, one that they could market to every adult on the planet. This entertainment district was a transparent attempt to expand the target audience for Walt Disney World.

Did the plan work? The answer depends on who you ask. The truth of the matter is that the portion of Walt Disney World that we now know as Disney Springs wasn’t even part of the core plan for Walt Disney’s city of tomorrow. It was a previously planned shopping center outside the experimental community. The historical records for Lake Buena Vista suggest that it was to stand as the highlight of a complimentary town close to EPCOT but not for residents of the utopia. It was always intended as a showcase for something better, even before the Florida Project evolved into something different. Let’s take this opportunity to learn the history of Disney Springs or, as people knew it in 1975, Lake Buena Vista Shopping Village. 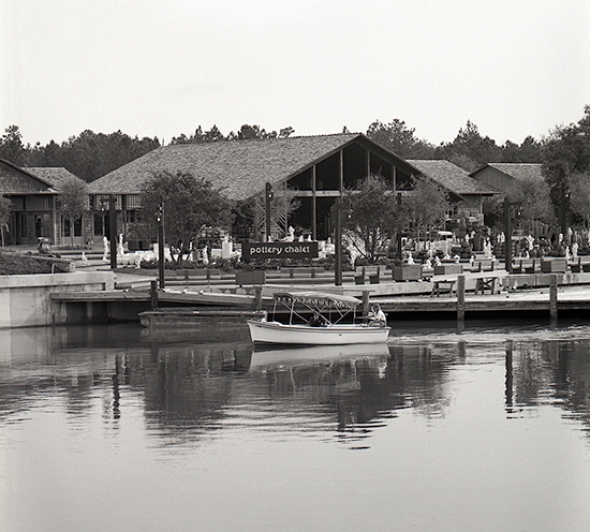 While studying the available land in the greater Orlando area, Walt Disney noted that one of the overseers of the Florida Project had crossed out an area of land. The project manager had spent tons of money determining the viability of potential land acquisitions in the region. He’d discovered that this particular parcel of land would require lots of jumping through hoops to acquire. In other words, it would involve a time delay.

You may recall from the Florida Project story that time was of the essence to Disney since they were employing subterfuge to purchase the swampland. Ostensibly, the acreage had zero redeeming qualities. It should have had limited property value.  If Walt Disney wanted the land, however, its value was the equivalent of Boardwalk and Park Place. The employees in charge of finding acreage for him to buy crossed off anything that would require a lot of time and effort. They needed people willing to sign on the dotted line immediately in exchange for some quick cash. Had they known it was Disney money, the prices would have skyrocketed.

All of this is germane to the Disney Springs discussion due to an odd bit of trivia. When Uncle Walt looked at a map of Central Florida, he noticed the very region that legal counsel Bob Foster had crossed out. Where Foster saw a subdivision of ownership interests and a protracted set of negotiations, Disney saw convenience and maybe a few dollar signs. The troublesome parcel of land resided near the interchange of Highway 535 and Interstate 4. It was an easily accessible spot, a priority to Disney, a man who learned to prioritize logistics after a few miscalculations at Disneyland.

Foster would later lament that Disney’s obsession with that piece of land delayed the entire Florida Project by a full year. It was an instance where everyone involved made the correct assessment. The overseers and legal counsel correctly evaluated the complexity of the land acquisition. They were right to state that it might be worth the aggravation. Meanwhile, Disney proved prescient in recognizing that the convenience of the locale would lead to heavy traffic over time. We know this because we’ve all spent time at what was first known as… 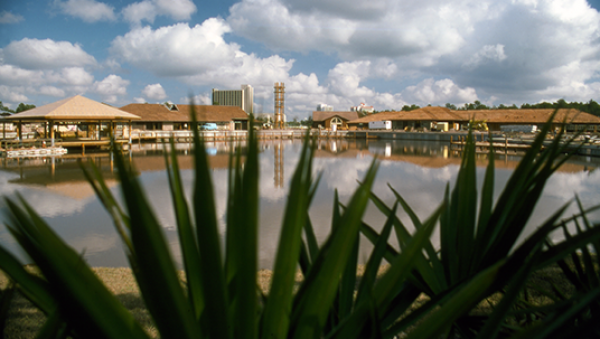 When elderly Floridians discuss the development of the Walt Disney World campus, they’re inclined to highlight the constructions of Magic Kingdom and EPCOT Center. The former theme park gate fundamentally changed the perception of the state while the latter, well, some lamentations exist about what was promised versus what was delivered.

What doesn’t get mentioned enough is the construction project that happened in the middle of the two events. Magic Kingdom opened in 1971, and EPCOT Center followed more than a decade later in 1982. Disney Imagineers weren’t sitting on their hands during this gap in history. In 1975, the company introduced Lake Buena Vista Shopping Village. It seemed like a rather innocent shopping center at the time, and there was no reason for customers to appreciate the bittersweet nature of its existence. This strip of stores and restaurants was the culmination of an idea that Uncle Walt had carried with him more than a decade before. The land he’d once seen on a map of Central Florida had finally become the shopping area/breadwinner that he’d forecasted. But the journey to reach this point was lengthy and meandering.

First, get an editor. This story rambled from one place to another, never making the point the headline of the story intended to.

Second, the conclusion of the story did match the headline in any way.

Third, the timeline was awful. Eighty percent of the story could have been called "Downtown Disney: A tale of Disney world's early years"

I remember going to "Disney Village" in the 80's and then Pleasure Island in my teenage years. I always found it odd that it had the same name as the "bad place" in Pinocchio where kids smoke cigars and turn into donkeys. That was a bit of weird unintended(?) synergy.

Great article but it seems only halfway done. Would love more insight into the different themed clubs of PI or it's transformation into Disney Springs and the rebooting of the story there.