Everything We Know About Universal Orlando Resort's Third Park 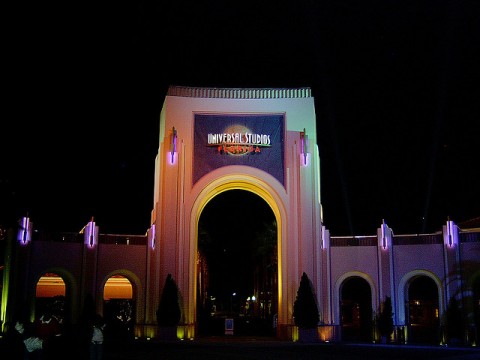 Until recently, the words “Universal Studios” were looked at as something akin to blasphemy amongst the hardcore Disney faithful. Sure, it was a nice diversion, but there was nothing that the upstart neighbors on I-4 could offer that would outclass the mighty mouse. And, for a long time, even the Universal apologists (of whom I’d call myself a member) had to agree: The service was better at Disney, the attractions were better at Disney, and there was simply more to do at Disney.

In 2015, however, the calculus is different. While Disney is still the old standard, Universal has become an ultra-trendy competitor, attracting teenagers and young adults with its immersive thrills inspired by franchises like Harry Potter, Transformers, and soon, King Kong (again), and the Fast and the Furious. Universal isn’t seen as a diversion anymore – but rather, it has quickly become a must-do destination that truly rivals Walt Disney World. The team members are far more helpful than they used to be, and the resort offers some of the best attractions on the planet – two factors that have clearly helped Universal steal precious vacation days away from the Central Florida mainstay.

The question is no longer whether or not Universal is stealing market share from Disney – it very clearly is – but rather, the question is how far they can go with it.

The closing of Disaster at Universal Studios Florida – a refurbished version of the opening day attraction, Earthquake – brings to mind an interesting quandary for Universal. Now, following its closure, there are only two opening day attractions left in operation at Universal Studios Florida: E.T. Adventure and the Horror Make Up Show.  Compare that to the Magic Kingdom’s 13 or so (not counting experiences like the Dapper Dans and Frontierland Shooting Gallery), and it’s hard to see Universal having that same generational hold on guests that Disney currently enjoys. Universal has spent a lot of money redeveloping its attractions over the years out of necessity – now that they have largely a pretty good slate to work with, it will become ever-tougher to pick and choose what must stay and what must go when it’s time to build a new attraction. This is where the benefit of size that Walt Disney talked about so many years ago has really aided Disney. 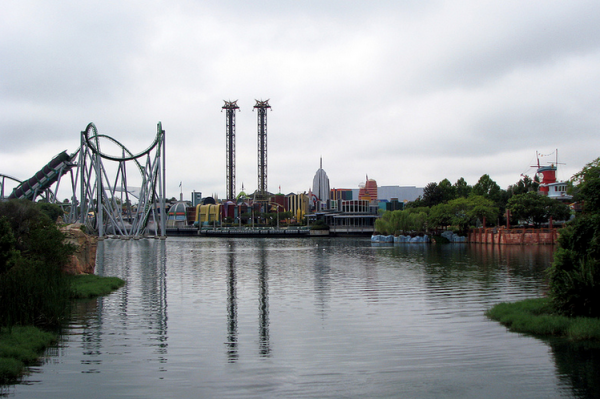 And so, Universal has reached a point where it has to make a decision of what it wants to be: A Disneyland-style park that puts immersion and freshness ahead of variety and volume, or a Walt Disney World-style resort that caters to every vacation whim and encourages week-long stays.

Every indication is that Universal desperately wants its Orlando resort to be the latter, which can mean only one thing: It’s time to build a third theme park. We’ve discussed reasons why it might be difficult for the company to do this before, but with Disney announcing the development of its Star Wars land, it seems more and more likely that we’re just counting down the days until Universal makes an announcement on this scale.

So, buckle up and let’s take a look at why Universal Orlando needs a third park, how they might go about building it, and what it may look like when all is said and done.

Universal has always been about beating Disney 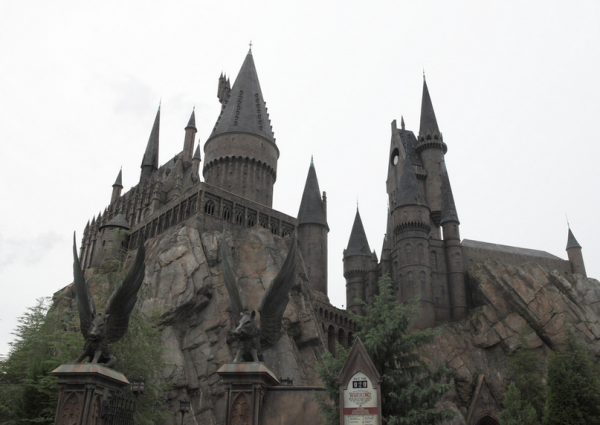 Before we get into this third gate business, it’s important to look back at the history of Universal Orlando. It has always measured itself against Walt Disney World, and it shouldn’t be surprising that this competitive nature has baked itself into the resort’s DNA. When Disney does something, it’s important for Universal to answer back – even though the reverse is not always true.

It used to be true, however.

Back in the early 1980s, Walt Disney World was humming along nicely, opening its grand Epcot Center in 1982 and revolutionizing the Central Florida tourism market. Clearly, it wouldn’t be long before someone else jumped into the fray to give Disney some competition, and sure enough, it would be Disney’s old California rival Universal in 1986.

That year, the company announced its plan to build an East Coast version of its iconic Hollywood park. The plan not only called for full-scale adaptations of some of the most popular features from its famous Tram Tour, but it would also be a working studio – complete with the home base for the wildly popular Nickelodeon Studios.

Coincidentally, Disney announced its own plans for a movie-themed theme park / production studio hybrid around the same time – and, the proverbial race was on. Because Walt Disney World acts largely free from governmental control due to its own special municipality, the company was able to have its new park up very, very quickly: Disney-MGM Studios opened in 1989 – one year before Universal Studios Orlando. 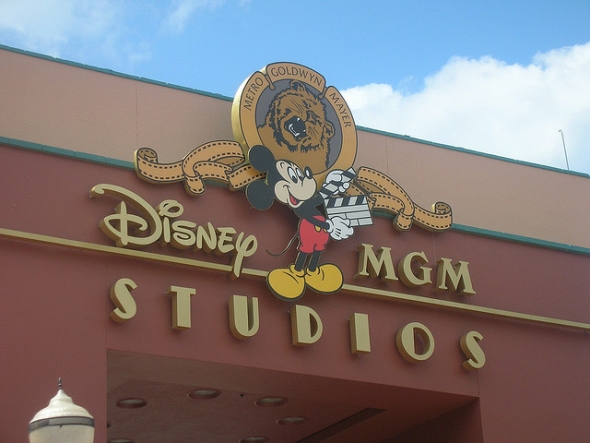 While Universal had its fans in the early years, it never quite caught on in the way the company hoped. Its effect on Disney’s bottom line wasn’t quite as dramatic as they might have projected, and investment in the property quickly stagnated. Meanwhile, Disney was embarking on its most dramatic era of construction in its history: the Disney Decade. By 1999, Disney had opened dozens of hotels, sports complexes, a water park, an overhauled shopping area, and a fourth theme park. Universal had opened only two attractions that are still in operation today.

And so, near the apex of the Disney Decade, the company decided to take another big swing at the mouse, overhauling its entire resort. They built a nightlife complex, two luxury hotels, and a second theme park – all of which finally opened in 1999. Everything they built was well-received, but still didn’t cause Disney any pause. Islands of Adventure, which is about as beautiful a theme park as you’ll find anywhere, was critically adored but largely ignored by the vacationing public. Again, Universal remained a day-trip diversion – something that maybe you’d seek out on your third or fourth visit to the area. It hadn’t yet cemented itself as a destination in the same way as Disney. 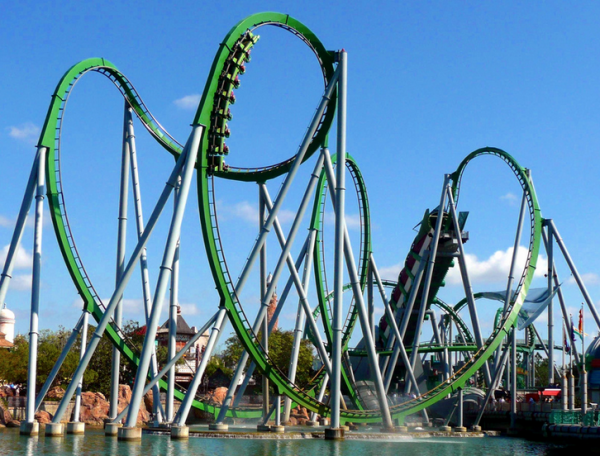 With Universal’s grand swing not really affecting them, and with the economy slowing down in 2001, Disney essentially declared victory in Central Florida. The cranes mostly went away, the feverish construction stopped, and things pretty much stood pat on their property for nearly the next decade.

But then, in 2007, Universal took one final shot. After changing corporate hands several times and nearly running out of money, this was pretty much it for Universal: Connect and deliver, or whiff and decline. Universal has always been about competing with Disney, but now, they desperately needed a win.

Well, I don't know if Disney will stay on top. I came from Europe for The Wizarding World of Harry Potter. Of course I also visited Disney, but besides the waterparks it did not add much to the Disneyland Paris experience I already had. Universal on the other hand was a completely new experience and definitely a reason to come back to florida.

There are two bookends that tell the story: Pop Century and Harry Potter. We all know how the 9/11 attacks affected tourism and put a stop to the Disney Decade's intense growth. The area remained relatively stagnant (look at how Pop Century languished as a construction project reclaimed by the jungle) until Harry Potter changed everything and affected tourism for the better for the entire region.

Universal will remain in second place because of property. Property here has multiple meanings. First, the physical property is limited as you have noted. Riding a bus a few miles is hardly magical, as we monorail fans understand.

Second, the properties on which attractions are based differ widely. Universal has made some good investments in licensing, but Disney has its own properties and - with the exception of Avatar - has been able to plan all its expansions around properties it already owns and cross-promotes. Universal doesn't make money when people buy a new Harry Potter whatever, but Disney profits from Star Wars movie tickets, Star Wars toys at Christmas, and sales of old Star Wars products. As a total package, Disney is better able to exploit these properties, and the theme park experience is only a slice of the pie.

Third, Disney's philosophy is not just to get people into the park, but to get them to stay on the property. Those people visiting Universal are frequently staying in Disney's hotels. They are eating at least some meals there, and possibly buying souvenirs at the hotel. Universal's lack of hotel diversity - dictated by its smaller footprint - keeps it from being the #1 resort even if it has the #1 attractions.

here's a idea ---enclosed park here in New York to use year round--- can keep the size of amazing just like now but in this region ---not everyone wants to go to Florida --the heat -humidity -the snakes -gators etc....corner the NY market people can come and have a wonderful vacation without the worry of flying -driving-critters ---I would bring my family to vacation here along with lots of others and look how many jobs you would be creating --also tax free for 10 years for businesses brought here-

It seems as if this subject has gotten confusing to people. So let's ask the question, what constitutes a theme park "gate"? I would have to say that any separately paid entrance into a theme park of any kind is a fair definition. With that being set, Universal's 3rd gate is 100% with out a doubt going to be Volcano Bay. Yes it's a water park, but it's a themed water park. Separate ticket, separate "gate", Universal built, owned, and operated. Universal also publicly stated that it's 3rd on-property park, is going to be Volcano Bay. With that being said, I can't agree more that Universal will build a 4th park. It has a need to increase capacity and by doing so it will catch up to Disney's attendance numbers.