Behind the Ride: 4 Mind-Bending Tricks Employed by Epcot's Test Track 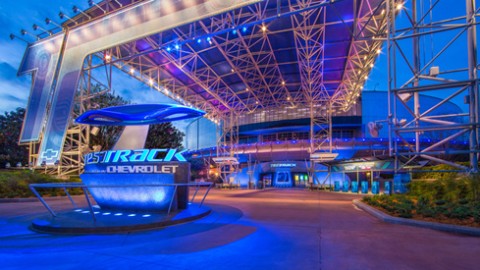 Test Track has been a staple of Walt Disney World’s Epcot since its debut in 1998. As the fastest ride at the park, it has the reputation of being one of the few true thrill rides across the four Disney theme parks in Orlando. Roughly two years ago, it underwent refurbishments that augmented Test Track’s style. Gone is the yellow/black checkerboard design that caused riders to feel like crash test dummies. In its stead are slick, Tron-inspired blue colors that dazzle with their brilliance. The new version of Test Track is a technological marvel that meshes style and substance in a single glorious ride experience. Let’s go Behind the Ride to determine how the new and improved Test Track looks under the hood.

The Experience: The Tron Ride

The Trick: A Videogame Feel for an Aging Ride 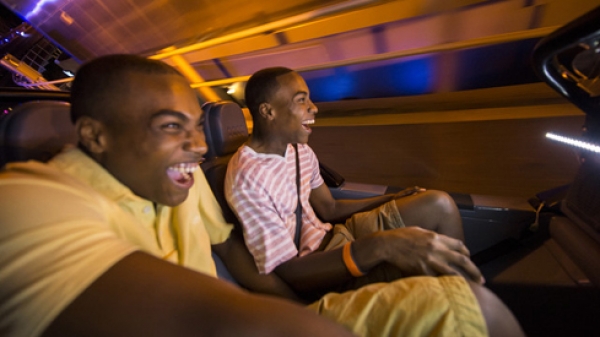 “But as the vehicle industry evolved, we decided to go back and explore a new story that reflects these evolutions. As a result, this iteration of Test Track celebrates vehicle design and an optimistic view of the future.” – Test Track Assistant Project Manager Melissa Jeselnick,

General Motors had been the sponsor of Epcot's Test Track since its debut. In fact, if you loved the previous World of Motion, you should blame them, because their fingerprints are all over the murder weapon that killed that attraction. They wanted to sponsor a thrill ride instead. After the longest delay in the history of Walt Disney World, Test Track finally launched in 1998.

Once Disney decided to renovate the previous iteration of Test Track, GM determined that only one of their brands should become the focus of the new version.  The Chevrolet Design Center was revealed in 2012, and the breathtaking additions immediately created shockwaves among long time Disney fans. The Test Track that they knew had been traded in for a younger, hotter model. Interior color schemes accentuate the splashy blue world created in Tron by placing them against black backdrops. It’s the kind of neon paradise ordinarily reserved for Las Vegas. The entire interior area is illuminated to craft the illusion that a person has entered the world of Tron.

To that end, the visual majesty of Tron is reflected throughout the attraction experience. In the movie, a programmer is transported into the realm created by his code. The premise of Test Track is that once you build a vehicle, you are transported to a test track where you test its ability. Amusingly, Tron isn’t the only Disney movie to which Test Track pays tribute via its visuals, though. The sign “Turn Right to Go Left” is an actual quote from John Lasseter’s masterpiece, Cars.

The Experience: Design Your Dream Car

The Trick: Design your Frankenstein car may be a better description 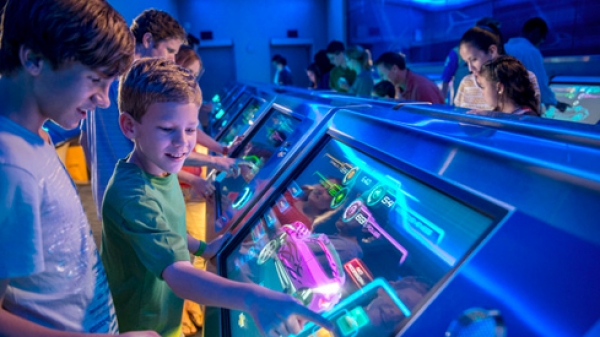 For people who wait in line for Test Track, the first part of the ride experience occurs prior to the ride cart. Utilizing technological advances in RFID technology, Disney Imagineers have crafted a pre-ride car simulator. A person’s RFID card (or magic band) is employed as an identifier, and a competition unfolds wherein everyone tries to build the most capable vehicle.

A series of touch screens provide options about the style of car, starting with size and eventually evolving into more technical details. The user has the ability to define the length and width then sculpt to craft the style that best suits them. Some engine choices are also enabled. Menu options include solar drive, fuel cell, EV hybrid, gas engine, super charged, plasma burner, and eco electricity. Further customization is available, depending on the current wait time for Test Track. After all choices have been selected, a person is provided with a visual of their “dream car,” although it looks like The Homer more often than not. The last time I tried it, my car wound up looking like The Batmobile after a 20-car pile-up.

Since some people DO have skill as car designers, Test Track allows people to compete to see whose vehicle is most functional. Designs are tested in the categories of capability, efficiency, responsiveness, and power, with a maximum of 100 in each category. The fuller your circle is, the stronger your prototype will perform in this evaluation. Most people clean up in the power department while their efficiency score would lead to about three miles a gallon on the road.

After people finish their designs, there are a couple of other tricks to be done via RFID. The post-ride area interacts with the cards to reveal the overall grades for the designs. If you want a point of comparison, I scored a 206 with my vehicular monstrosity. Some Elon Musk wannabe put my results to shame with their 227. The worst part is that I was already married to the little prima donna.