6 Projects That Walt Disney Never Got to Finish 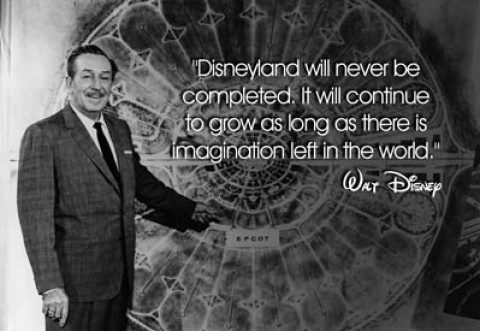 On July 17, 1955, Disneyland opened to the public for the first time. As the happiest place on Earth prepares to celebrate its 60th anniversary, Walt Disney’s legacy continues to define the direction of the various Disney theme parks across the world. Of course, no man can achieve all of his hopes and dreams, not even someone as iconic as Walt Disney. Here are half a dozen goals that Disney had that he was unable to realize in his lifetime.

The Experimental Prototype Community of Tomorrow as envisioned by Walt Disney has only kernels of similarity to the Epcot in operation today. Walt Disney's infamous PROJECT X was his pride and joy during his last few days on Earth. Troubled by the increase in crime rate and worried for the safety of his grandchildren, Disney brought together some of his company’s finest men in an attempt to build a better tomorrow. An optimist at heart, Disney believed in that quasi-sci-fi version of the future where an idyllic utopia exists thanks to the brilliant planning of clever founders focused upon long-term infrastructure.

As you well know, EPCOT was intended to be an operating city rather than one of the most popular attractions for theme park tourists around the world. People would inhabit the city for more than just a week’s vacation. Instead, they would work, eat and recreate in this city of the future, one Disney proudly proclaimed would be modeled after no existing city.

Alas, the Epcot of today bears little resemblance to Walt Disney’s grand vision. Still, some of the new ideas his team crafted for the EPCOT utopia are incorporated in unlikely ways at Walt Disney World. You probably know the Peoplemover as the best ride in the park when you need to escape the sun and get off your feet for a bit. To Walt Disney, it was the primary component of a three-level hub design for an entire city’s transportation. People on the top level were expected to ride monorails and Peoplemovers to their destinations.

If you watch this YouTube video, you will appreciate just how clever this design was, even if it never came to be. Had Walt Disney lived for a few more years, his city of tomorrow may very well have come into existence, closely resembling the ambitious ideas he announced. Don’t get me wrong, though. Test Track is still pretty great.

With regards to this project, an entire article could be written about the chaos created by Disney’s death in 1966. His brother, Roy O. Disney, was forced to come out of retirement in order to fulfill his younger brother’s wish of a revolutionary new theme park in Florida. As homage to the incredible man with a stunning ability to create something from nothing, Roy altered one key aspect of his brother’s park plans. The name Walt was added to the original title of Disney World.

Tragically, Walt fell a few years short of seeing his vision brought to life. Thankfully, Roy was luckier. He broke ground on opening day on October 1, 1971. Only 80 days later, he passed away. Had the park been delayed for any significant time, neither brother would have ever set foot in Walt Disney World.

3. California Institute of the Arts 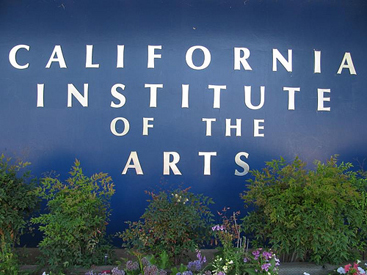 The three most popular animated movies of all time with regards to worldwide box office are all Disney properties: Frozen, Toy Story 3 and The Lion King. All of them trace back to this educational facility. For example, The Lion King employed the services of more than 50 CalArts graduates. Pixar movies feature a recurring theme to honor their time at this college. A113 is a classroom number from the school that has been included as an Easter egg at some point in every Pixar title to date. Meanwhile, Frozen directors Chris Buck and Jennifer Lee are not only alumni but also former faculty members.

None of these contributions to the Disney library would have been possible without Walt Disney. In 1960, he appreciated the need for a feeder system for the company’s projects. Disney negotiated a merger between the existing Los Angeles Conservatory of Music and Chouinard Art Institute under the eventual CalArts umbrella. The university’s site lists the following: “He (Disney) envisions a campus in the hills overlooking Hollywood's Cahuenga Pass.” Alas, the groundbreaking for this endeavor would not occur until 1969 and the facility that he planned was not implemented until late in 1971, almost five years after his death. Walt Disney’s lasting contribution to the arts is a truly breathtaking achievement but not one he got to enjoy during his lifetime.

I had wanted very badly to go to CALARTS and learn animation. I wanted to draw for Disney since I was five years old. Unfortunately, my parents couldn't afford to send me, the loans I took out weren't enough to cover tuition plus dorm, and I would have had to find a job to make up the difference. I went to a small local college and earned a degree in Commercial Art using loans and my paycheck. That career has never been as fulfilling as I believe a career in animation would have been.