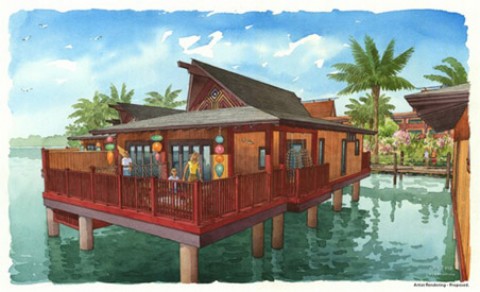 As the economy continues to improve, the Walt Disney Company has recently announced a pair of changes to the Disney Vacation Club. Both of them will mean that purchasing a membership directly through the company costs more money. As the recession becomes a distant memory, Disney has taken a hard look at their current pricing model and decided that they have been charging too little. Points are about to increase in cost, and some of the more popular resorts will spike dramatically.

Then again, the DVC news is not all bad. The recent annual condo meeting for DVC owners revealed further details about the upcoming Disney's Polynesian Villas & Bungalows. While cost per point has not been announced, Disney has announced most of the pertinent details about their signature 2015 property. Read on to learn the details. 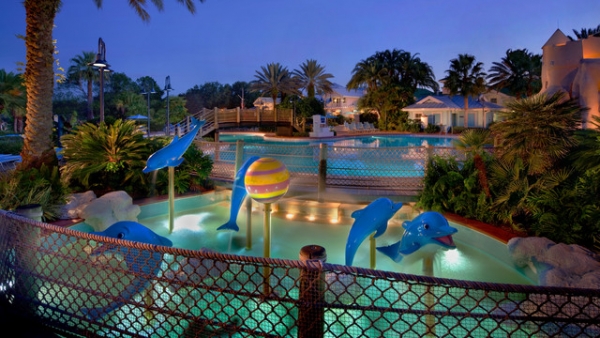 A few months ago, I wrote a pair of articles about the advantages of DVC direct membership as opposed to resale purchase. At the time, I mentioned a strong benefit of ownership. Existing members receive a discount on add-on point purchases. DVC diehards even have a description of this behavior, add-on-itis. The temptation to pick up additional points in order to visit more often and in better accommodations is a tantalizing proposition for DVC owners.

For the body of 2014, Disney had incentivized this behavior by offering $7 a point discounts for current owners. Late in the year and without fanfare, the company removed these reduced offerings. In the process, every purchase of 100 points suddenly increased by $700. Many members were annoyed by this turn of events, as they rightfully maintained that Disney should want to entice their most loyal customers to add points on a constant basis.

Still, with a general cost of at least $110 and generally at least $130 per point, lack of a discount should not be a significant deterrent. We are only discussing a 5 percent per point savings for a DVC resort near a theme park. Even Hilton Head and Vero Beach are less than 7 percent discounts at the $110 per point rates. In addition, Disney’s DVC benefits are well established as a moving target. It’s Disney’s way of maintaining awareness of their products throughout the year. They add an offer every now and again to foster discussion (and daydreams) about a customer’s next visit. Then, the offer goes away to be replaced by another one. As such, the removal of the $7 discount caused barely a ripple until…

2. DVC prices have been raised for all sold out resorts

There is no sugarcoating the news here. Disney’s DVC strategists have determined that they have not been selling points at an appropriate rate. Adjustments will be made beginning on January 6, 2015, to reflect fair market value. At least, it will be the amount Disney perceives as fair market value.

Before we discuss the pricing changes, it is important to note that Disney always states in straightforward language that prices are subject to change. The last time the company provided a major rate change occurred in March of 2014, some ten months ago. There had been a previous increase in December of 2013, but the March rate hike was wider ranging.

Ten of the 11 resorts experienced hikes, and some of them were dramatic. The most significant in terms of percentage increase was Hilton Head, which increased from $75 to $115 per point before being lowered back to $110. The initial rate spike was 53 percent for that property. The resorts at Disney theme parks generally went up between $5 and $15. Most important, the popular EPCOT properties, Beach Club Villas and Boardwalk Villas, increased $15 per point each while Bay Lake Towers maintained its record cost of $165 per point.

Those baseline prices remained in play for the body of 2014. 2015 will start with a pricing bang, as all sold out resorts will increase at least $5 per point. Some of the most popular locales, however, will increase much more. Beach Club and Boardwalk, the properties with back-door entry into EPCOT, will now cost $155 per point, a raise in cost of $25 per point. To put this in perspective, consider that on January 1, 2013, the two properties cost $115 per point. Their cost per point has increased almost 26 percent in only two years. Similarly, Wilderness Lodge is increasing from $130 to $155 as well, negating its status as the best value option for DVC members seeking to stay close to Magic Kingdom.

What you should take from the above is that Disney is no longer handling their pricing based upon expiration date of their properties. Beach Club Villas DVC contracts expire in 2042, the soonest of any property. The resort itself, which I previously ranked as THE best DVC property, still should be priced at a higher level, because its location in combination with its hotel amenities – read: Stormalong Bay – differentiate it from most other DVC options. As one of the best DVC resorts, its cost has always been a bargain.

Disney is ending that virtual arbitrage scenario by sticking a heftier price tag on potential point purchases. If you want to stay close to their most popular theme parks, EPCOT and Magic Kingdom, the cheapest option has gone from $115 to $155 in two years. Notably, this rate spike also entices consumers into purchasing at the Grand Floridian, which is no longer notably higher than other properties in the area. In fact, that property is the only one that is not experiencing a rate increase. At $165 per point, it is now $5 cheaper per point than Bay Lake Towers while being only $10 more expensive per point than Beach Club and Boardwalk Villas. Given that its contract lasts until 2064, it offers much more value than properties ending as much as 22 years sooner.

In the process, other properties will all increase at least $5 per point. Included in this change are Bay Lake Towers and Disney’s Grand Californian as well. Clearly, Disney believes that it can extract more money from DVC customers at the time of purchase. There is an explanation for this confidence. Historically, rates have been raised whenever a new property was about to be added. In 2015, that new DVC option is…

As much as I don't want to see prices increase from the standpoint of having addonitis, as an owner of VWL and BWV pts., it's good to see appreciation for these properties still being intact. Gives them a little respect I think! Poly will not be on my radar to purchase, but look forward to staying there someday

How about building or adding on at Disneyland. Have never been able to book a week straight due to unavailability.

You have gone up too much already.
I have put my membership up for sale already.
I bought 180 points, & didn't know how fast you would go up. Now our points cover only part of our vacation. We were not told when the price on the rooms go up you will need more points. So if anyone wants to buy 180 points just email me.

So, I'm confused... why are point costs even discussed or available at sold out resorts? Is it a Disney resale market, where members sell back their points to DVC, who in turn resell them at the new rate? Thanks...

This is exactly why we opted for Hilton ownership over Disney. Hilton is worldwide and after 12 years of membership we have never experienced any type of pricing increase or surprise point hike.