The Contrarian: The 2 Biggest Problems for the Theme Park Industry, and How to Solve Them 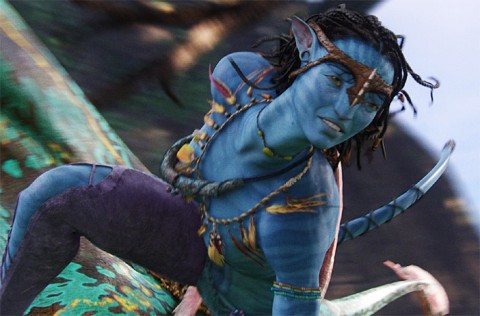 Editor's note:  this is the latest of a series of features in which one of our writers takes a deliberately controversial stance on a theme park-related topic to try and stir up some debate.

Disney, according to the latest scuttlebutt, is dumping an additional $600 million into both its Avatar and Star Wars Lands, which aren’t expected to open until 2017 (at the earliest).  Universal reportedly spent some $400 million on designing and building the Wizarding World of Harry Potter – Diagon Alley (which isn’t to mention the $260 million that Hogsmeade cost four years earlier).  And in 2012, Disney dropped a whopping $1.1 billion on its California Adventure theme park, mainly revolving around the addition of Cars Land.

That is, needless to say, a lot of money, and it is, perhaps just as obviously, a major problem for the themed industry, for the companies that comprise it, and the future that all of them share.

Here are the two reasons why.

In order to compete with the likes of Gringotts Bank, which is topped with a 60-foot, fire-breathing dragon, or Radiator Springs Racers, which cost more than $200 million to make, future potential competitors must have a lot of money in the bank – a lot.  There is just no other way to burnish the same level of immersive detail or to provide just as revolutionary a ride experience as Disney and Universal have been doing, particularly since the start of this decade.  And this is just to tread water with the Big Two – forget about actually attempting to one-up them and deliver the next-generation of theme park experiences. 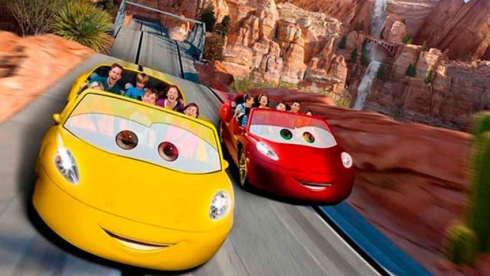 And while this is certainly a problem that will be felt worldwide, it will hit doubly hard in Orlando, the so-called theming capital of the world.  SeaWorld’s recent promise to invest hundreds of millions to upgrading its orca habitats and to installing brand-new attractions is, in addition to being an attempt to deal with the continuing Blackfish fallout, a reaction to the rising cost of doing business in Central Florida.  At this rate, the still-fledgling Legoland Florida and the upcoming I-Drive 360 entertainment complex (both overseen by Merlin Entertainments, the second-biggest themed operator in the world, after the Disney Company) may very well be the last attempts at a brand-new, from-the-ground-up competition.

And that, of course, would be a terrible loss for the park-going and -loving guest.

But what’s even more worrisome is the effect it’ll have on the remaining theme park operators.

There is already a trend firmly in place of both Disney and Universal attempting to minimize their ever-more-expensive risks by not taking any type of chance whatsoever; it’s no accident that, in all the examples cited in the opening paragraph, each one is a licensed property.  It’s terrifying to think back to the last original IP Disney has instituted in any of its parks worldwide – and depressing to realize that Universal never really has (and while one may want to at least partially excuse this sorry fact by allowing for Universal’s existence as a film studio first and foremost, it’s sobering to realize that Disney also shares the same exact beginnings). 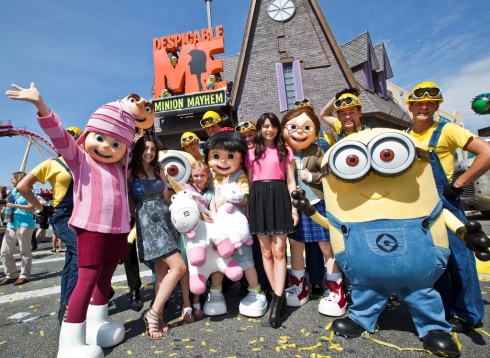 And to add insult to injury, the movie properties that the Big Two has been deploying in their parks have absolutely been the safest of safe choices:  Pixar, Harry Potter, Despicable Me, and Star Wars have all proven themselves to be sure-fire hits at the box office and in toy aisles, and it’s little wonder that they’ve managed to replicate that success at the parks.  Even the two companies’ next big attractions that are currently under construction – Universal’s Skull Island (at Islands of Adventure) and Disney’s Pandora: The World of Avatar (Animal Kingdom) – aren’t anywhere near as risky as the ravenous fanbase would like to make out, as King Kong has been a major cinematic force for the past 81 years and Avatar, despite proving its ultimate staying power, has already raked in nearly $3 billion.

At this rate, by the time the next decade comes to a close, only those franchises that have had nine installments and at least as many Happy Meal tie-ins will even be considered for a possible themed attraction.  And as noted in a recent All-Star Roundtable, the longest-lasting rides thus far have been wholly original creations.