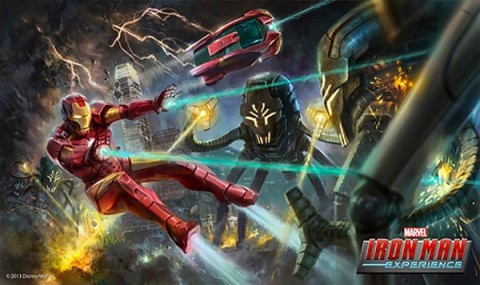 The Walt Disney Company famously purchased Marvel Comics in 2009 for a cost of $4 billion (the same price it would pay three years later for Lucasfilm, though only half of what it paid for Pixar three years previously).

Obviously, the deal has worked wonders for its Walt Disney Studios division, producing such billion-dollar-grossing films as 2012’s The Avengers and 2013’s Iron Man 3 – but it’s been a rather bleak story for the Parks and Resorts unit thus far, due to some legal complications with Universal Orlando Resort and the current, somewhat turgid pace of development at Imagineering.

(For a full breakdown on the situation, take a look at our controversial The Contrarian: 3 BIG Reasons Why Marvel’s Super Heroes Haven’t Saved Disney’s Theme Parks [Yet].)

Indeed, despite the length of time and the amount of money paid, Disney has managed to only tepidly integrate Marvel’s approximately 8,000 characters into its 11 theme parks across the globe, typically in the form of character meet-‘n-greets (but of course). Each of the last three big Marvel Cinematic Universe releases have had their protagonists take up temporary residence in Disneyland’s Innoventions building in Anaheim, while Spider-Man has more recently visited Walt Disney Studios in Paris. 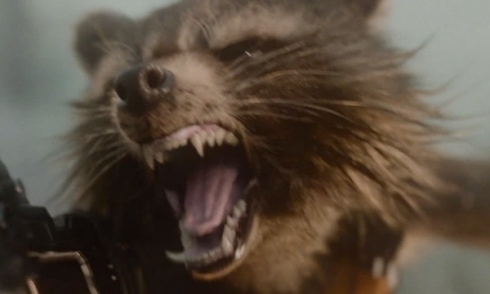 I can already see Rocket Raccoon making himself comfortable inside Innoventions. Image © Disney.

Being something of an intractable situation, however, Disney has been actively looking to turn everything around, in both ways large and small, predictable and innovative. Forget about Avengers-themed monorails at Walt Disney World or, even, the Avengers Academy kids’ club aboard its cruise ships – we’re talking about a bright and shiny future, the perfect answer to Universal’s growing Harry Potter presence around the world.

Here are the projects it’s got lined up so far, including their strengths and weaknesses – and, perhaps most importantly of all, what should be in them in order to not only make them as immersive and innovative as they can be, but also as competitive as possible, as well. 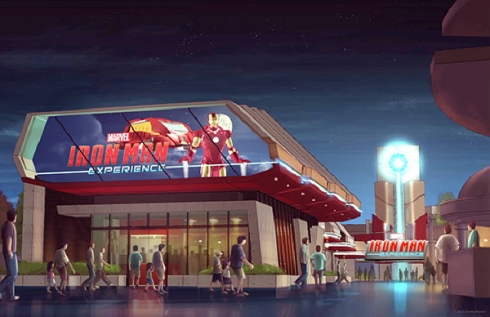 Announced last October, the Iron Man Experience is a promising, albeit still nebulous, attraction that will consist of a “thrill ride,” a photo pavilion, and the requisite shopping area.

The wording of the ride experience has led many to believe that it will be a motion simulator in the vein of Star Tours: The Adventures Continue (2011), that the photo pavilion will be a meet-‘n-greet not unlike its “Stark Expo” (2013) Disneyland predecessor, and that the shopping area will include multiple venues instead of the single standard gift shop.

Many eyes are on the Iron Man Experience, given its status of being the very first theme park ride based off of a Marvel property and the $100 million that is being invested in its development, which is roughly how much Universal spent on Harry Potter and the Forbidden Journey (2010).

Although not as technologically advanced as that attraction – or the forthcoming Harry Potter and the Escape from Gringotts (2014), which, ironically enough, will be the next-generation iteration of the company’s Amazing Adventures of Spider-Man (1999) – there is still potential enough for a captivating, engaging ride; Disney can always include the new Star Tours’s randomly-generated locations, for instance, or crank the intensity of the simulator’s motions up enough to make even the most hardened rollercoaster pro go queasy.

Still, the lack of the wow factor that has been working so well for Universal’s latest slate of attractions and the decision to house the Iron Man Experience in Asia pose significant problems for Disney, at least on this side of the hemisphere.

While the ride’s Hong Kong location is essentially a matter of necessity – Walt Disney World Resort is out of the question, given Marvel’s pre-existing contract with Universal, and Disneyland Resort is highly impractical, given the lack of real estate (demolishing and renovating would be the only recourse here, a process which adds additional layers of planning, financing, and, perhaps most dreadfully of all, fan feedback) – it still means reserving Iron Man for the least-attended Disney park in the world. What is the likelihood of North American or European tourists heading to the other side of the globe? For a motion simulator ride, not the greatest.

So what can Disney do to help shore up Iron Man’s marketability, its longevity, and, most importantly of all, its rideability? The first step is to bring in the filmmakers, from both sides of the camera, and integrate them as thoroughly as possible. 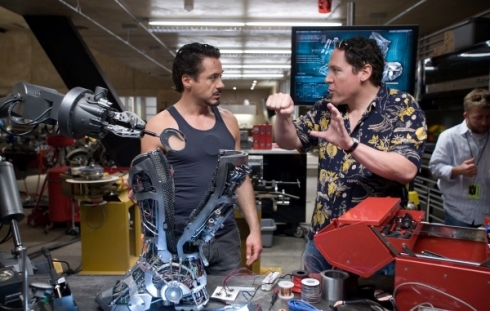 Disney, of course, has had a long history taking this approach – as is most recently evidenced by Anaheim’s Cars Land and Orlando’s upcoming Pandora - The World of Avatar – and Universal has had unprecedented immersive success by hiring Harry Potter’s production and art designers to draft the blueprints of its Wizarding Worlds. It’s no secret that Robert Downey, Jr. owns the role of Tony Stark, and having his spot-on performances be written and directed by Jon Favreau or Shane Black would seal the deal on the ride, no matter its final form or location.

Obviously, such a step assumes that Disney will be specifically focusing in on the hugely successful (both commercially and creatively) Marvel Cinematic Universe, instead of selecting one of the animated renditions of the character or, even, incorporating elements from all previous incarnations, Batman: Arkham Asylum (2009)-style.