Worth the Wait: 7 Glowing Reviews of Disney's Seven Dwarfs Mine Train 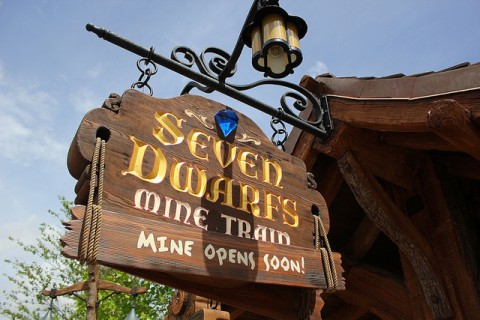 After months of keeping fans in suspense, Walt Disney World has finally revealed the opening date for the Seven Dwarfs Mine Train, the new roller coaster at the Magic Kingdom. The ride is due to open on May 28, 2014, although "soft opening" periods are likely before that date. The Seven Dwarfs Mine Train takes guests on a tour around the diamond mine from Snow White and the Seven Dwarfs, as well as through the enchanted forest and Snow White's cottage. The ride's main gimmick is its unique cars, which swing outwards as they round corners in the track. Disney's signature audio-animatronic characters also feature heavily in the family-friendly ride, and have been enchanced with new technology that involves projecting expressions onto their faces. Disney allowed members of the media onto the Seven Dwarfs Mine Train as part of a special dedication event on May 2. Since then, a number of reviews have appeared online, and we thought we'd post a round-up to show what the overall opinion of Walt Disney World's new attraction is shaping up to be. 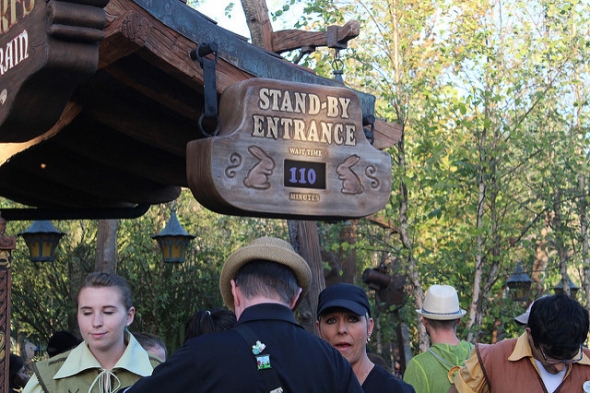 Barbara Nefer of Examiner.comsays that riders of all ages will be able to enjoy the Seven Dwarfs Mine Train: "Even those traveling with multiple generations can enjoy it together because it's mostly mild, with just a hint of wild thrown in." Nefer was impressed by the unique ride system, too, saying that "the sway actually serves to offset some of the whip action of the track, resulting in a very smooth roller coaster experience." Disney had promised that the views from the top of the coaster's fake mountain would be spectacular, and it seems they don't disappoint: "Because the ride isn't crazy, you get some time to enjoy the great view of other parts of Fantasyland and New Fantasyland. I especially recommend riding the Seven Dwarfs Mine Train at night so you can see the lights as you whiz around the track." 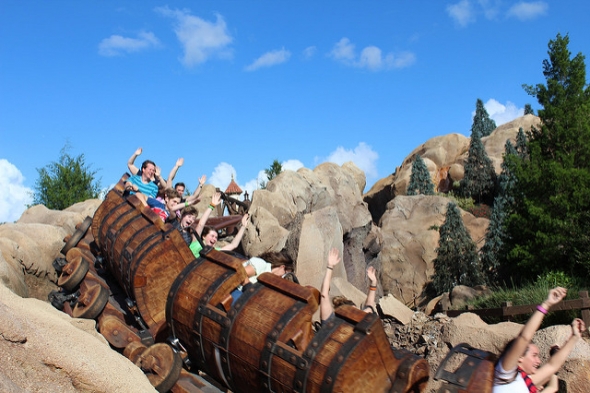 Dave Parfitt of Adventures By Daddybelieves that Disney has created a new category of ride with the Seven Dwarfs Mine Train. "This is NOT a roller coaster," he says. "No, with Seven Dwarfs Mine Train, Walt Disney Imagineering has created a Story Coaster." Parfitt is referring to the dark ride sections of the attraction, which serve to fill in riders on the backstory behind the coaster. This is told from the perspective of the dwarfs, and elements of the plot are revealed in the interactive queue line, too. The many little details that Disney has included in the ride mean that repeat rides will be essential: "You can ride again, and again, and again to see all the details packed within the mine sequence, or just gape in ownder at how the audio-animatronic wizardry that brings the dwarfs to life."

5. "A perfect blend of family thrills and dark ride fun" 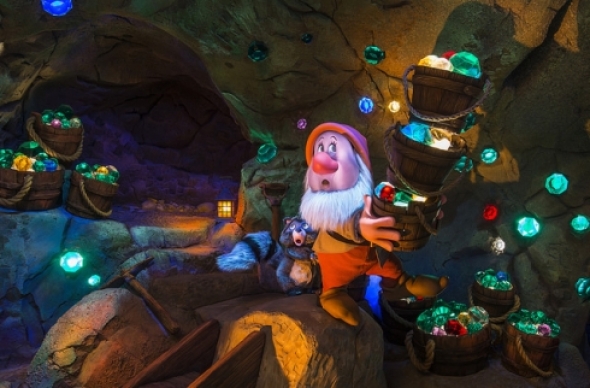 Ricky Brigante of Inside the Magic is glowing in his praise of the Seven Dwarfs Mine Train. The roller coaster is the centerpiece of New Fantasyland, which will finally be complete once it opens. Brigante believes it fulfils its roles perfectly: "The Seven Dwarfs Mine Train takes up a huge plot of Fantasyland real estate, able to be circled by guests marveling at its sheer size. The grassy hill adds a further forest element to to the park that was once in desperate need of foliage." Describing the ride as "wonderfully fun", Brigante also points out an element of the queue line that's likely to be a hit with kids. This sees guests "washing" gems with real water: "Holding a hand underneath each character results in an audible note, colored light, and a steady stream of forceful water splashing down onto a guest’s hand. The idea is to let the water fall to the gems, but there’s no doubt kids will be splashing around endlessly in here."