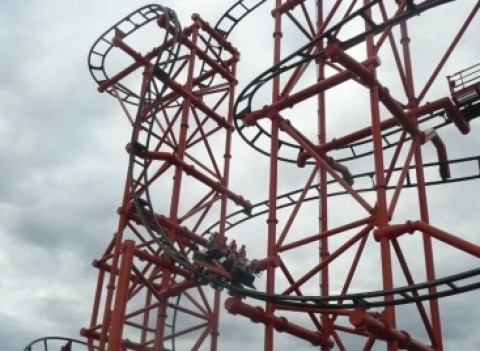 When Oblivion opened at Alton Towers in 1998, it was billed as "the world's first vertical drop roller coaster". Surely there was nowhere else for coaster manufacturers to go in their quest for steeper and steeper drops?

Not so. Rides with "beyond-vertical" drops soon began to appear, with 90 degrees proving not to be the "holy grail" of coaster design. Manufacturers Gerstlauer (with its Euro-Fighter model) and S&S Worldwide (with its El Loco model) have continued to push the boundaries on what is acceptably steep for a coaster drop.

Those two manufacturers dominate this list of the steepest roller coasters in the world. 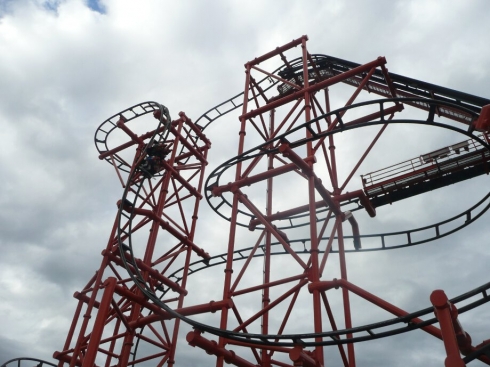 Opened in July 2009 at a cost of £4 million, Mumbo Jumbo featured the steepest drop of any roller coaster in the world at the time. An El Loco model, it sees guests plummeting from a height of 98 feet at a 112-degree angle. The remainder of the circuit features two inversions, which are navigated at a relatively low speed. Riders experience forces of up to 4G, and are seated in small, 4-seater cars. 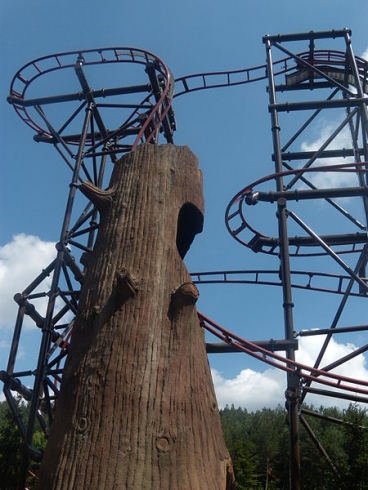 Another El Loco creation, Timber Drop features a drop of 113 degrees. This briefly gave it the world record, although it lost it within a couple of weeks. It remains the steepest roller coaster in Europe.

The 4 million euro attraction was the most expensive in the history of Fraispertuis City. More than a quarter of that budget was spent on its theming, with the trains passing through various tree trunks and stumps. The message? It's designed to teach guests about the dangers of deforestation.

Opened just in time for Christmas 2013 (along with its host park), Crazy Bird is the only ride on this list to be housed indoors. Other than that, it's a fairly standard El Loco model that's similar in style to Mumbo Jumbo and Timber Drop, packing two inversions and a 120 degree drop into its 1,280-foot circuit. 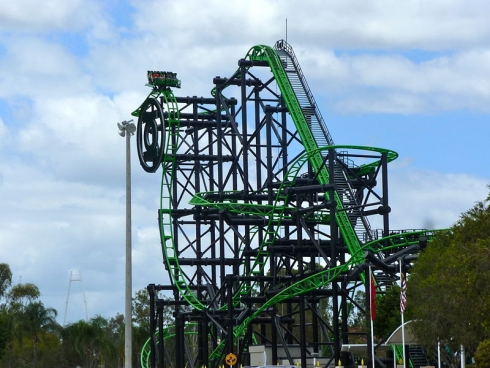 Green Lantern Coaster, another S&S El Loco model, features the steepest drop of any roller coaster in the Southern Hemisphere. It hits a top speed of 41 miles per hour during its 1601-feet circuit, with the trains plunging down a 120-degree first drop. Opened in December 2011 at a cost of $10 million, it includes two inversions and subjects riders to forces of up to 3.5G.

The ride is the third roller coaster in the world to be based on the 2011 movie starring Ryan Reynolds and the comic books that preceded it. 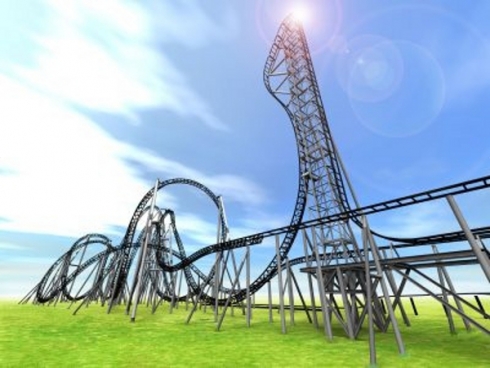 Fuji-Q Highland Amusement Park is home to a number of unique and insane roller coasters, and Takabisha is the latest example having opened in July 2011.

i wanna ried that