The Top 13 Disney Attractions You Can't Ride in America 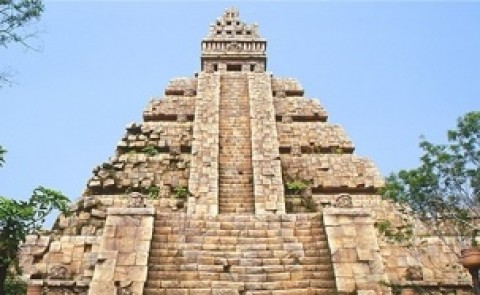 Walt Disney World and the Disneyland Resort are home to many, many fantastic rides and attractions. Disney's parks in Paris, Tokyo and Hong Kong, though, have a lot to offer...

There are some truly incredible rides at the Disneyland Resort Paris, the Tokyo Disney Resort and Hong Kong Disneyland. Some are completely unique, while others are unique twists on classic Disney favourites. We've picked out 13 of the very best below.

We know some of you are going to ask where Space Mountain: Mission 2 at Disneyland Paris is. Well, once they fix the ride's restraints and make it non-painful to ride again, it'll be right near the top of this list! 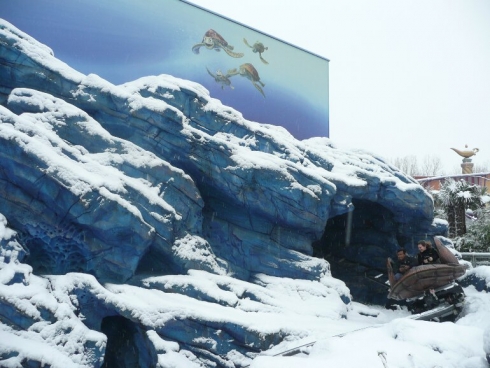 Installed in 2007, Crush's Coaster rapidly became one of Walt Disney Studios most popular rides. At its heart, it is a spinning roller coaster manufactured by German firm Maurer Söhne, similar to those at many other theme parks all over the world. In order to create a unique experience, though, Disney located the coaster almost entirely indoors, and installed extensive theming elements around its circuit.

12. Indiana Jones and the Temple of the Crystal Skull at Tokyo DisneySea

Tokyo DisneySea's take on Indiana Jones Adventure uses the same ride system and an identical layout to Indiana Jones Adventure: Temple of the Forbidden Eye at Disneyland, but serves up a different plot. It employs jeep-themed Enhanced Motion Vehicles, which are affixed to a motion-simulator base to create realistic movements.

The storyline revolves around Indiana Jones' search for the Fountain of Youth, although it does not directly match that of the fourth film in the series. The fountain is guarded by the spirit of the Crystal Skull, and a series of spectacular set-pieces take place during the journey to find it

Based on the 2001 Pixar movie, Monsters, Inc. Ride & Go Seek! cost $88 million to install in Tokyo Disneyland's Tomorrowland. The interactive attraction uses the same ride system as Toy Story Mania at Disney's U.S. parks, with guests riding in 4-person cars equipped with "flashlights" that allow them to search for animatronic monsters in the dark. 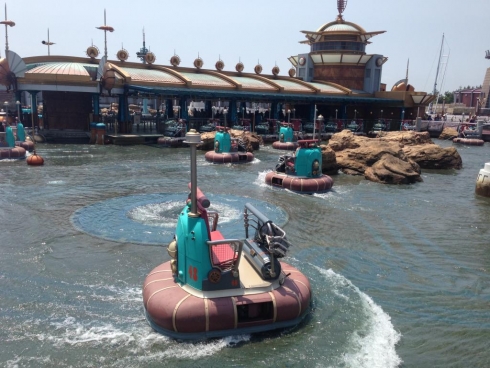 Aquatopia is an innovative trackless water ride, which uses the same local positioning system as Pooh's Hunny Hunt at neighbouring Tokyo Disneyland. The ride's name is derived from the Autopia attractions at many other Disney parks, which take guests on an on-rails car journey.

The "boats" actually travel on wheels, as the water is only a few inches deep. At several points in the journey, guests appear to be about to be sucked into whirlpools, with the lack of track adding to the sense of unpredictability. 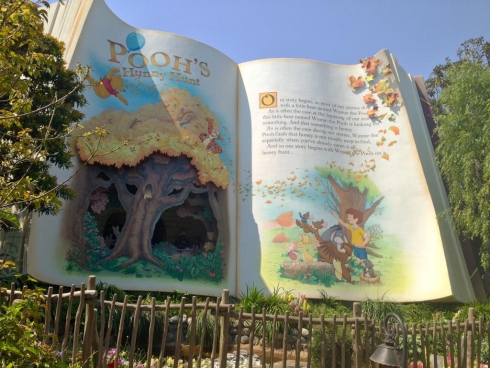 Pooh's Hunny Hunt is a groundbreaking "trackless" dark ride, and not to be confused with the more basic Winnie the Pooh-themed attractions at other Disney parks. Costing more than $130 million to create, the ride dispenses with the traditional OmniMover system used by rides such as the Haunted Mansion. Instead, it uses a unique local positioning system, enabling computers to control the movement of each individual car. 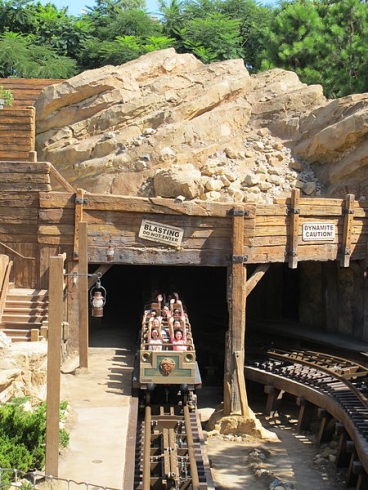 Big Grizzly Mountain Runaway Mine Cars is the headline attraction of the Grizzly Gulch area of Hong Kong Disneyland. It is similar in style to the Big Thunder Mountain Railroad mine train coasters at other Disney parks, but also brings in elements from the Expedition Everest coaster at Disney's Animal Kingdom.

The first third of the ride is spent plummeting backwards down a twisting, turning hill, before being blasted forwards by an "explosion". The circuit then takes in most of Grizzly Gulch, including the Geyser Gulch water play area.

7. Tower of Terror at Tokyo DisneySea 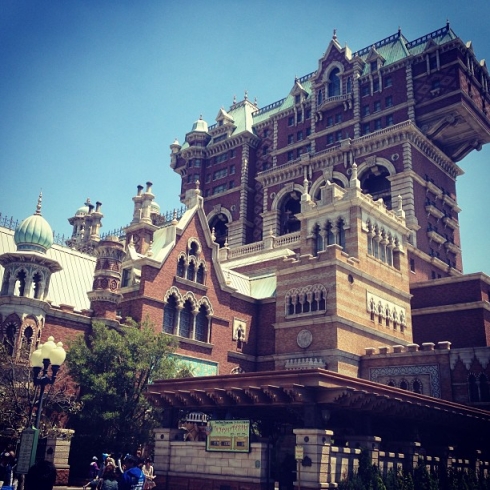 While it offers a ride experience that is similar to the Twilight Zone Tower of Terror attractions at Disney's Hollywood Studios, Disney California Adventure and Disneyland Paris, Tokyo DisneySea's version dispenses with the Twilight Zone tie-in. The elaborate backstory instead revolves around Harrison Hightower, a famous adventurer who has collected a variety of artefacts inside a New York hotel. After bring back a cursed idol from Africa, he boards an elevator with it - which promptly crashes to ground below. When the doors are opened, Hightower is nowhere to be seen.

Guests are taken on a tour of the hotel, with a guide and an effects-laden pre-show filling them in on the background. They then emerge into a storage area, where they are divided into groups and board one of the hotel's elevators. Seated and strapped in, they rise to take in two mid-level effects scenes. The elevator then races to the top of the hotel, offering a quick peek out over the park before plummeting towards the ground below at speeds that are faster than freefall. The elevator then rises and drops again several times, before guests emerge into the post-ride shop.