The Top 5 Rides and Attractions at Thorpe Park 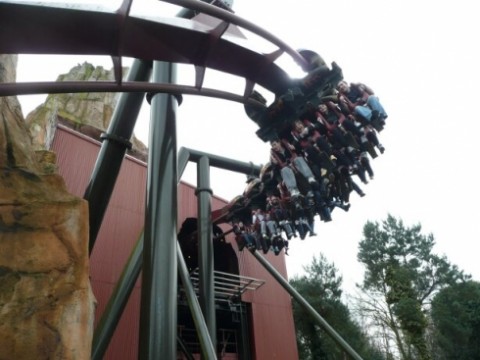 Thorpe Park bills itself as "the nation's thrill capital", and it has certainly invested in a line-up of attractions in keeping with this boast. Almost of all the park's child-friendly rides have been removed, replacing with towering roller coasters and flat rides aimed at teenagers and young adults.

Last year, we launched our extensive theme park guides. Since then, hundreds of readers have rated and reviewed attractions at Thorpe Park, providing a unique glimpse into which are the most highly-regarded among theme park fans. As we're focusing on Thorpe Park as our "Park of the Month" for September, in this article we run-down the top 5 rides at the park, as rated by Theme Park Tourist readers. 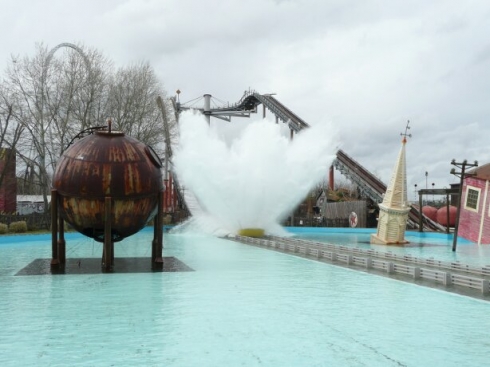 Towering some 85 feet over Thorpe Park, Tidal Wave was the tallest water ride in Europe when it opened in 2000. A classic “Shoot the Chute” ride, it sees guests boarding reinforced boats, which use lap bars to hold them in place. The boat then climbs to the top of the tower, before plunging down into a lagoon below that holds 3 million gallons of water.

One look at Tidal Wave will tell you everything you need to know about the attraction. If your goal is to get thoroughly drenched, then are few better (or more thrilling) ways to achieve it. If not, stand well clear! 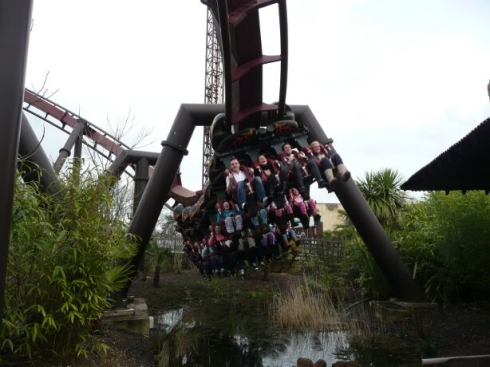 Nemesis has proven to be the star attraction at Alton Tower since its debut in 1994. Nemesis Inferno was opened in 2003 at a "sequel" of sorts to the ride at its sister park, although it boasts a completely different layout and a slightly different backstory. The alien from the original ride is said to have created the "volcano" setting for Thorpe Park’s version, though most guests will be hard-pressed to notice.

Nemesis Inferno’s trains are suspended underneath the track, with riders’ legs dangling beneath them. The ride starts with a sharp turn into a misty tunnel section, before climbing a lift hill. The remainder of the circuit features a vertical loop, a zero-G roll and interlocking corkscrews.

The coaster has not achieved the same legendary status as its predecessor at Alton Towers, and it doesn’t really deserve to. The volcano theme is almost entirely wasted, with the majority of the ride taking place in a relatively bland setting. Despite this, riding Nemesis Inferno is an absolutely essential part of any visit to Thorpe Park. Taking on its own merits, it's still one of the best roller coasters in the UK, and features a tightly-designed circuit packed with one thrilling element after another. 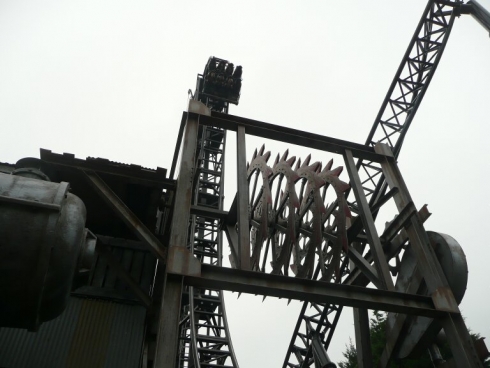 Themed around the Saw horror movie franchise, Saw - The Ride is marketed as the "world's scariest coaster". The backstory sees evil genius Jigsaw challenging guests to prove that they are worth of living by braving his latest creation – the coaster itself. The ride features both indoor and outdoor sections, with a number of gruesome theming elements featured throughout.

The Saw movies may or may not be your cup of tea, but having selected the theme Thorpe Park has done a good job of recreating the dark world of the movies. The queue line sets the scene perfectly, and for once a roller coaster’s plot actually makes some kind of sense. 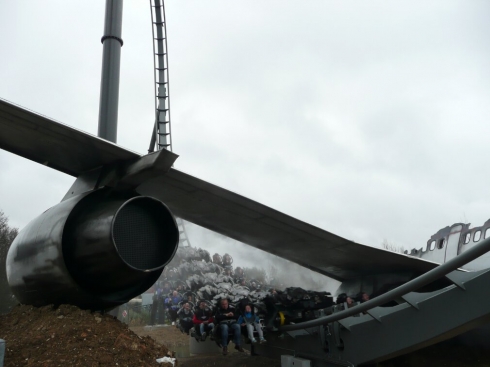 Thorpe Park's major new addition for 2012 was The Swarm, the first Bolliger & Mabillard Wing Rider roller coaster in the UK. Riders are seated in pods of two on either side of the track, enabling the ride to incorporate a number of “near-miss” elements with the surrounding scenery. In 2013, the park reversed the seats on the final two rows of each train, enabling guests to experience the ride backwards.

Extensive theming is dotted around The Swarm’s circuit, with the backstory for the ride being that an alien invasion has devastated the earth. A number of burnt-out vehicles are located close to the track, including a “crashed” aeroplane, a helicopter and a fire engine. The train themselves are designed to represent the invading “swarm”.

B&M's Wing Rider coasters are taking the world by storm, and after riding The Swarm it’s easy to see why. Dangling on the side of the train, with no track above or below you, creates an unparalleled sense of freedom and vulnerability. The cleverly-designed circuit makes great use of this, and you’ll be relieved to exit at the station with all of your limbs still attached to your body. 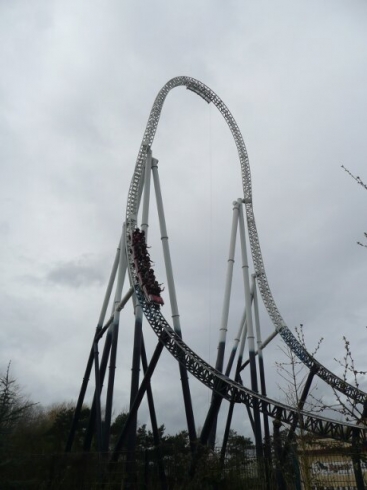 Dominating the skyline at Thorpe Park with its 205-foot tower, Stealth is the fastest roller coaster in the UK. Originally, it launched riders up to a top speed of 80 miles per hour in 2.3 seconds. Subsequent modifications, however, have reduced this time to just 1.9 seconds. The coaster’s circuit is simplistic, with the initial launch sending the trains to the top of the main tower. They then plummet back down towards the ground, racing over another, smaller hill before returning to the station.

On the surface, Stealth’s short ride duration and basic design look like weaknesses. However, they are actually strengths – the entire ride is focused around the launch, and it’s so breathtaking that you won’t want to be distracted by anything else. Even the lack of theming doesn’t really feel like a lost opportunity – it just adds to the simplicity of the experience.

Disagree with the rankings above? Let us know what your favourite THorpe Park rides and attractions are by adding your own ratings and reviews.