5 Reasons Splash Mountain is the Best Water Ride in Florida 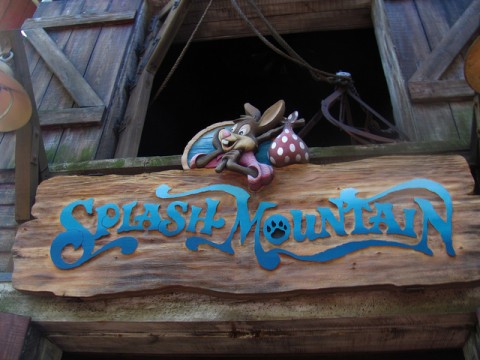 Before 1982, Disney parks used the famous tiered-ticketing system, meaning guests could purchase booklets of tickets that would then be spent riding the individual rides. Each attraction “cost” a certain coupon to ride; the coupons were lettered “A” through “E”, with the E designation being reserved for only the biggest and most elaborate rides.

That system is no longer in use, but the term “E-ticket attraction” still holds meaning among Disney fans and parkgoers. These are the attractions that are a cut above the rest, that define the parks they reside in.

While other attractions might have more history, more thrills, more fame, or more fans, Splash Mountain is, arguably, the best example of what an E-ticket attraction should be. It is an absolute triumph of storytelling that is simply unmissable on a Disney vacation, taking its time to craft a tale worthy of its tremendous size, scale, and budget. That it is a water ride – and, more specifically, a log flume – only makes this fact even more amazing, as water rides typically forego theming and storytelling in favor of cheap splashes and thrills. Not so on Splash Mountain.

All of these factors combine to make it the best water ride in Central Florida (and, it should be said, Southern California – where the attraction first debuted -- although there's less theme park competition there). But, let's dive a bit deeper and explore a few reasons why Splash Mountain rises above all challengers: 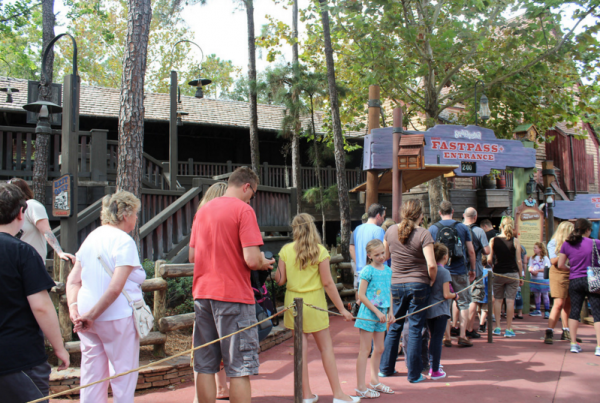 Disney's Imagineers take their jobs very seriously. In putting together a new attraction, it's not simply enough to make a great ride – they also have to make sure you transition into the world of the ride properly, and make sure nothing seems out of place along the way. This is the work of attraction queues, and it's why Disney fans are so appreciative when a line for an attraction has care and detail worked into it.

It twists and turns through the rustic, Southern landscape before entering the ramshackle buildings and shaftways that eventually lead you to the boarding platform. All the while, you're treated to Bluegrass music and folk art-inspired decorations adorning the walls of the tunnel down to the station – humble distractions, yes, but excellent storytelling devices all the same.

In all, the whole thing transports you from the more generic version of “Frontierland” into the specific world of the Southern United States. And so, by the time you board, you're not only living in the same world as the ride's main characters, but you're also accustomed to the visual and musical aesthetics of the show.

And, thankfully, it's mostly in shade – that's important too.

While Splash Mountain is an amazing attraction, it does have a problem: Disney likes to pretend that that film it's based on, Song of the South, doesn't exist.

Unfortunately, when the film was released in 1946, America was still a long away away from making significant progress on social equality, and the film is, shall we say, somewhat controversial for its portrayal of African-Americans in the Reconstruction-era deep south. As such, the film has never been released on home video and likely never will. That's not really a bad thing, in all honesty, but it does mean that the parts of the film that were nothing more than simple cartoon fables had been somewhat lost to history.

And so, in 1989, Imagineers decided to give those stories new life as a massive new attraction. The story of Br'er Rabbit and his attempt to flee Br'er Fox and Br'er Bear's nefarious deeds is as charming as they come – and, because you can't actually watch the original film, the ride's story feels fresh and full in a way Disney's book report-style attractions don't.

In the era of corporate synergy, the Frozen take-over of Walt Disney World, and movies being made based on Tomorrowland, it may seem surprising that Disney would create a massive attraction based on a film they simply will never put out to sell. And, indeed, it's extremely unlikely Splash Mountain would ever be built today. However, the story it tells is so charming, I think all told, the executives at the Walt Disney Company have to think it was worth it.

I would argue that Jurassic ParkRiver ride in IOA is pretty close in just about all of the categories you cite (the ride is not quite as good in Hollywood)...If Spalsh Mountain is a solid 10/10, IOA's Jurassic is at least a 9.5/10

It doesn't even come close...
I've been on it multiple times, and while it is one of my favorites, Splash Mountain is in a league of itself.

10 minutes?!? Really? Never seems that long from inside the boat. By the way, you forgot about what (I think) is the coolest feature of the ride, the melding of log flume and roller coaster inside the mountain. Never seen anything like that before!

Great article. Splash Mountain is one of my favorite rides at Magic Kingdom.