This week at Walt Disney World, Star Wars: Rise of the Resistance opens to massive crowds and rave reviews, Disney's Hollywood Studios changes its opening procedure, plus opening dates are announced for four attractions coming in the first quarter of 2020!

Programming note: Though we normally devote some time to Orlando-area parks outside Lake Buena Vista, there has been so much going on at Walt Disney World over the past seven days that we decided to forgo the “beyond” for just one week. You’ll hear about all the news from Universal Orlando Resort, Busch Gardens Tampa and SeaWorld Orlando in next week’s update!

The much-anticipated Star Wars: Rise of the Resistance attraction opened this week, finally completing Star Wars: Galaxy's Edge at Disney's Hollywood Studios. And while guests have shown up in droves to be among the first to experience this new attraction, we have to say that this attraction is definitely worth the wait, and is unlike anything else at any theme park, ever. 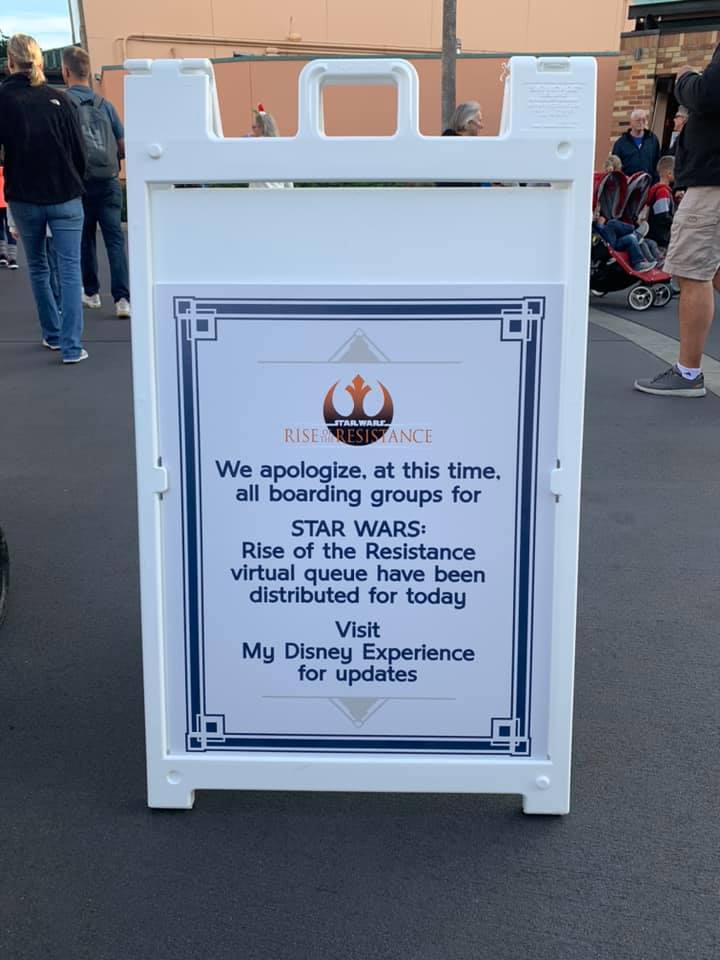 Disney's Hollywood Studios has been overwhelmed by guests wanting to be the first in line to sign up for a boarding pass to experience Star Wars: Rise of the Resistance, and as a result, Cast Members have been letting guests in to the park as early as 6:00 AM, three hours before posted opening, which has resulted in boarding passes for Star Wars: Rise of the Resistance "selling out" before the park officially even opens!

However, it looks like, starting today, Disney will be changing their morning procedure, opening Disney's Hollywood Studios at 8:00 AM (an hour early) and will not letting guests in before that (unless they are participating in Extra Magic Hours)

To make way for this experience, it has been confirmed that Agent P’s World Showcase Adventure will close sometime in early 2020.

So, is the American Adventure closing to make way for this new Art of Disney location?