One complaint that we've heard many times over the years is that theme parks (especially Universal) are becoming too reliant on 3D screen-based simulator rides. And while opinions about the quality of this type of attraction are divided, the fact is this technology has been both popular and cost-effective, making it an easy choice for attraction development, not only at Disney and Universal, but at other theme parks as well, with SeaWorld, Six Flags and more using 3D screens in recently constructed attractions.

However, some interesting things have happened in the last week that could indicate that major theme parks could be ready to take a step back when it comes to 3D screen-based simulation attractions. 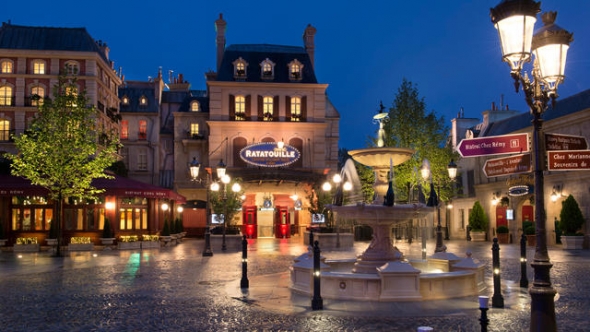 Last week guests who visited Walt Disney Studios Paris were surprised to find that the 3D effect in the Ratatouille attraction had been completely removed. All on-ride video footage has now been converted to 2D, and no 3D glasses are being distributed to guests in the queue.

This was quite a shocking change for this attraction, as it doesn't seem to have been previously announced, and Disneyland Paris' Ratatouille ride has only ever been offered in 3D since its opening in 2014. However, the removal of the 3D effects in this attraction and conversion to 2D video could be a sign of things to come, as it could be a sign that the Ratatouille attraction that is currently being constructed at Epcot could opt to use the 2D format now in effect at Walt Disney Studios Paris. 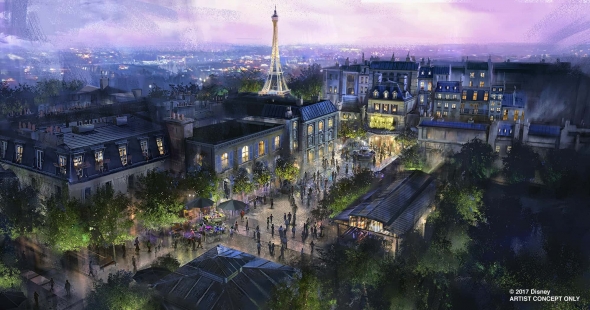 Then again, this could just be a limited time test to see which version of the attraction guests seem to prefer before the decision is made to make the Epcot version of this attraction 3D or 2D. However, though this is all just speculation, there's something else that happened this week on the other side of the world that could hit at the end of another 3D simulator attraction in Orlando...

I personally am a fan of the 3D removal form these attractions, but I may be in the minority.

They actually removed the 3D effects in Forbidden Journey at Universal Studios Hollywood a little while back.

I don't think simulator rides are out. Disney recently unveiled their Flight of Passage attraction that was a huge hit.

Could cost be a factor? There’s an additional cost to maintaining 3D equipment. Repairing, cleaning, and/or replacing the stock of 3D glasses, potential liability from riders who get headaches or other head symptoms from the 3D experience (more common that you think—the eyes and brain were never designed to focus on a fixed point (the screen) and converge at some other point in space simultaneously)

Journey of Water: Inspired by Moana Will Open At EPCOT In Late 2023, Here Is A Video To Show How It Currently Looks!