The Great Movie Ride is Closing Forever Next Month. Here's What is Replacing It

Earlier this week a rumor from 2016 re-surfaced that seemed to suggest that The Great Movie Ride, which is a Disney's Hollywood Studios classic and one of the most iconic rides in all of Walt Disney World, would close forever in 2018 and would then be transformed into the Great Mickey Ride. This rumor turned out to be false, as it was revealed at the recent D23 Expo Disney Parks and Resorts Panel that the Great Movie Ride was actually closing in 2017, on August 13th, which is just under a month away.

This seems like quite the sudden closure, and will bring Disney's Hollywood Studios down to just 4 rides total until Toy Story Land opens next year. And though fans of this park will lament yet another closing at this park, Disney released the first details about the ride replacing this classic attraction: Mickey and Minnie’s Runaway Railway.

Mickey and Minnie get their first "real" ride 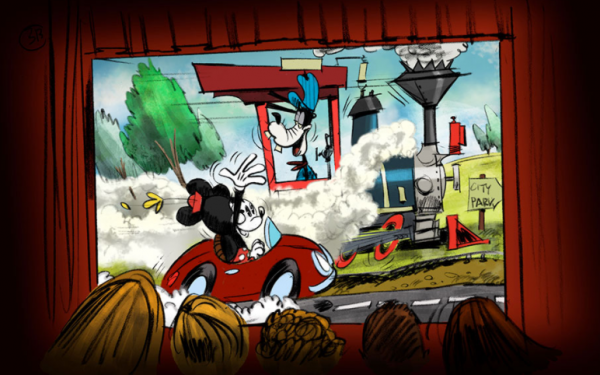 Though Mickey Mouse has appeared in several rides over the years (including the now doomed Great Movie Ride), it looks like Disney is finally giving its most famous character the chance to star in his own ride, along with Minnie Mouse and some of his other pals. However, instead of being based on some of the classic Mickey Mouse cartoons, Mickey and Minnie’s Runaway Railway will be directly inspired by the Mickey Shorts that are shown on the Disney Channel (and have their own channel at Disney resorts). As you might expect, the people who produce the shorts at Disney Television Animation are partnering with Disney Parks and Resorts to help bring the attraction to life.

The actual setup of the attraction is pretty standard, as it will allow guests to literally step "through" a movie screen and join Mickey and his friends on a fun adventure where you’re the star of your own Mickey short and anything can happen. This zany out-of-control adventure features surprising twists and turns, dazzling visual effects and mind-boggling transformations that happen before your very eyes.

There will be some interesting new technology used in this attraction 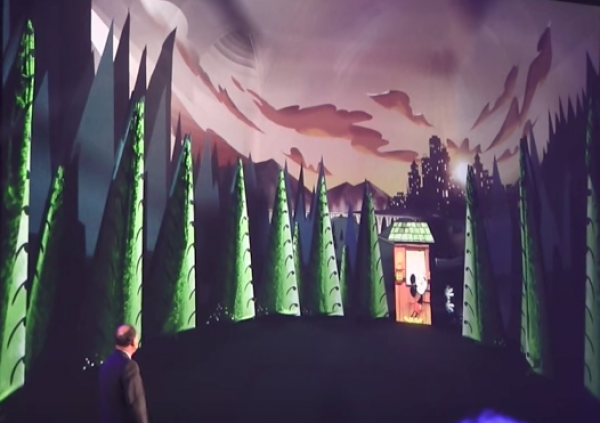 Though this attraction sounds a bit like your standard screen-based affair so far, Disney is promising that this ride will be more than just a screen-based dark ride. Mickey and Minnie’s Runaway Railway will make extensive use of new enhanced screen technology that Disney is calling 2 1/2D. Though we're not entirely sure what this really means, Disney said that the normally 2D world of Disney animation will pop in new ways inside this attraction, but interestingly, without the need for 3D glasses. During the panel Disney Imagineer Kevin Rafferty said teams are inventing new technologies that turn the flat world of a colorful cartoon short into a “dimensional display of amazingness.” They did showed off a quick clip of a forrest instantly being transformed into a cityscape. You can check out the effect here. 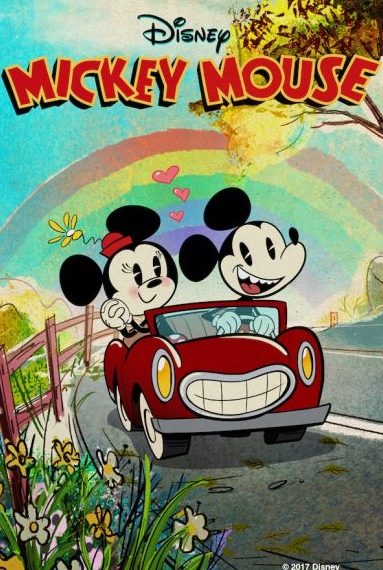 While Disney is basing the overall look of this new attraction on its current slate of Mickey Mouse shorts, Mickey and Minnie’s Runaway Railway will feature its own original story. The ride experience will begin with a pre-show that shows Mickey and Minnie getting ready for a picnic while Goofy tries his hand at being an engineer. Once riders board their vehicle, the ride will then pull them through the movie screen, and their adventure will begin in earnest. And of course, riders will want to keep their eyes peeled during this attraction, as this new ride will have the largest amount of hidden Mickeys in one attraction, ever.

While this new Mickey Mouse-based attraction certainly sounds interesting, it seems a shame that Disney isn't willing to build a new facility to house this ride, and instead kicking The Great Movie Ride out of the Chinese Theater structure, where it has been since the opening day of then Disney-MGM Studios. And when this attraction closes next month, it will be a milestone, as this attraction was the last opening day attraction in existence at this park. With the closure of The Great Movie Ride, it will truly be the end of an era, as Disney sheds the last trace of the original "studios" theming of this park as it gets ready for its new identity as a park that celebrates current films and characters, instead of the making of movies. 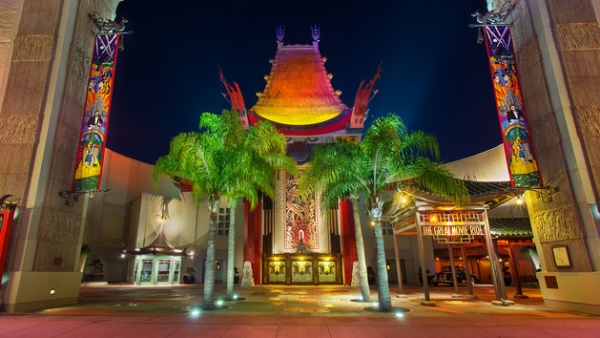 How do you feel about this change? Do you feel like Mickey and Minnie’s Runaway Railway will be a fitting replacement for The Great Movie Ride? Let us know what you think in the comments!

Very sad by this news, excited for all the new wave of projects and updates for Disney parks, but this one is a bitter pill to swallow.

WHAT ARE THEY THINKING??? They removed the movie about Walt in One Man's Dream ( guess it isnt important for people to know who was behind their magical vacation) and now they are throwing away the history of movies ? The Original MGM Studios was such a great experience that is now being replaced by everything we are exposed to currently on TV and at the movies. If I wanted a boring day exposed to everything new and current vs the Golden Days of Hollywood I would spend my days and loney at Universal. Come on, Disney. RETHINK THIS. You are better than this!

Truly disappointed in Disney!!!! Not only are they getting rid of a great ride of classic movies and history, they are using a cartoon that is NOT the Mickey Mouse we are all use to. I love Mickey and use to love the Disney shorts that were shown in the resorts, on Disney Channel and on Main Street in the theater at Magic Kingdom. This new character (who I do not consider Mickey) and all his pals look like they are cracked out and do not represent what Walt created when "it started with a Mouse". VERY VERY DISAPOINTED!!!!!

Not happy at all about this development. I'll be heading to Disney in October and what was once our favorite park will be a shell of what it has been in the past. Four rides in a park that has always had long lines, I can only imagine how long the lines will be now.

The Great Movie Ride is so old fashion and outdated. Time to go! I love that Mickey is getting is own ride and in the premiere attraction location at the studio, the Chinese Theate is fitting. However, I hate the name and theme. The Great Mickey Ride is a way better name. I would have much preferred a ride based on Mickey over the years, not the lower quality TV version.