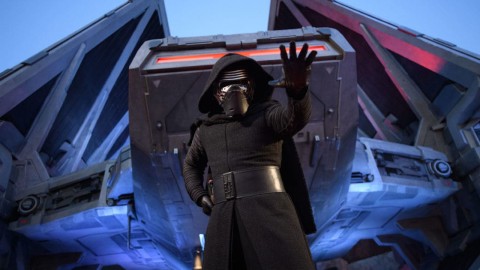 Disney’s Hollywood Studios has changed a lot from opening day—not only in terms of a name change but also through the process of a long thematic overhaul. The last five years have been particularly significant, transforming a park that was once written off as a half-day experience best reserved for teenagers to one of Walt Disney World’s most popular destinations.

It certainly appears to have been a season of winning transitions for Disney’s Hollywood Studios, spurred on by the arrival of major draws like Star Wars: Galaxy’s Edge and Toy Story Land. Despite things looking positive for the park’s future, there remains a problem.

What exactly is the direction for Disney’s Hollywood Studios now?

Disney’s Hollywood Studios opened in 1989 as Disney-MGM Studios, a celebration of the art of cinema paired with a working studio. This core concept has long fizzled out and with it, the park’s original vision as a place for guests to experience the magic of movie-making. Times have changed dramatically, and it has admittedly become hard to see through the fog of years what Disney’s long-term intentions for the park are.

Disney’s Hollywood Studios is, in many ways, a canvas ready for repainting, and the company has several choices where they could go. Will they ride the wins of the current season to refresh the park’s vision to something ambitious and exciting, or—as some fear-- is Disney’s Hollywood Studios doomed to become the dumping ground for the company’s most marketable IP’s that just don’t fit anywhere else?

The slow death of the studio park

Disney-MGM Studios was originally conceived as the brainchild of Marty Sklar, Randy Bright, and CEO Michael Eisner, who had a strong background in the movie industry. In many ways, the park was a gauntlet thrown in response to the building of Universal Studios Orlando—the race was on to see who could establish “Hollywood East”, pairing the newest concepts for theme parks with a working studio primed to draw big industry names.

Unfortunately, the working studio concept never really took off, particularly for Disney. Universal Studios Hollywood worked because it was already a popular working studio that Universal then added a theme park to. The same principle didn’t take off in reverse. There just weren’t enough film and television producers interested in adding the complications of filming in a theme park to the already complex world of production.

The working studio concept lingered several decades for both parks, with Universal managing to hold on to a string of television productions until the mid-2010’s while Disney kept a branch of their animation studio alive until around the same time. In the end, both Disney and Universal Orlando abandoned the idea for good.

This left Disney’s Hollywood Studios with something of an identity crisis. Residue of the themes of exploring the magic of movies remained, but by and large, the company was starting to move in a different direction across Disney parks—a strong focus on integrating popular intellectual properties into all new projects...