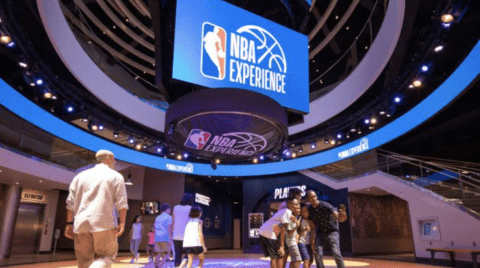 Failure – debilitating, humiliating failure – probably isn't something you associate with Disney... Sure, sometimes a movie flops hard. In the parks, once in a while, we chronicle the embarrassing story of an embarassing attraction. But it's not often that Disney ends up with a mistake you can't help but hear about...

Today, we're chronicling six very big experiments Disney undertook outside of its theme parks... and the spectacular crash and burn each produced. Hidden in these six flops are six lessons that we hope the Walt Disney Company took the time to learn... and six very interesting ideas that could still have legs if they're done right...

At least for some Disney Parks fans, the late 1980s and early '90s were an unmatchable heyday for Walt Disney World. In retrospect, it's easy to see why. With then-new CEO Michael Eisner at the helm, Disney was gutsier than it had ever been before. Michael Eisner had big plans for how to use the company's 40,000 acres in Florida, and among the most spectacular was Pleasure Island.

The thinking is simple: in the '80s, Disney was viewed largely as a "family" destination with little appeal to adults. Even EPCOT Center's valiant effort to reinvigorate the "Vacation Kingdom" was falling on hard times. Meanwhile, dance clubs and bars in Orlando – like the famous Church Street Station complex – were brimming with young adults paying cover fees and buying drinks. It's no surprise that Eisner decided to capture the market himself with a new expansion of the Disney World Marketplace (today, Disney Springs) that would cater to adults, keeping them dancing into the night.

Pleasure Island opened May 1, 1989 – the same day as the Disney-MGM Studios. As you might expect from the "Ride the Movies" era of Imagineering, the island's clubs, bars, and restaurants were all stylized as reclaimed industrial warehouses once owned by a mysterious adventurer named Merriweather Pleasure, with clues across the complex telling his backstory. By far, Pleasure Island's most famous inhabitant was the Lost Legend: The Adventurers Club, a living theater, restaurant, walkthrough, and bar packed with surprise special effects and actors.

WHAT HAPPENED: When Pleasure Island opened, a ticket was required to cross onto the island, and right out the gate, the complex failed to meet attendance projections. In 1997, the bright, buzzy "West Side" opened, coinciding with the entire complex (the Marketplace, Pleasure Island, and West Side) joining together as "Downtown Disney." It didn't make sense for Pleasure Island – smack dab between two family entertainment zones – to be a hard-ticketed, 21+ experience that families had to walk through a parking lot to detour around. To make matters worse, in 1999, Universal's CityWalk debuted up the road, arguably capturing the sleek, cool, entertainment zone / young adult hang-out vibe in a more modern way, anyway.

In 2004, the gates to Pleasure Island came down, and the zone was opened to the public. (Rather than an all-inclusive ticket for the Island, each club pivoted to require an individual cover charge). Even then, the era of '90s "dance clubs" was well in the past, and visitorship continued to deline. Disney must've recognized that they could make far more money charging premium rent to outside vendors than by operating and staffing venues of their own. The last clubs closed in 2008, leaving the path between the Marketplace and West Side a construction-wall-lined no man's land.

Plans announced in 2010 would've transformed the island into "Hyperion Wharf," but allegedly, vendors didn't race to fill Disney's planned redesign... so the island sat empty. Pleasure Island was a problem, and clearly a much more aggressive redesign would be needed to lure vendors to the property.

In 2013, the entire Downtown Disney complex was redesignated Disney Springs. Pleasure Island became an upscale neighborhood called "The Landing" – one of several aesthetic upgrades to the property to attract a more sophisticated range of retailers. Now, CityWalk is Orlando's spot for music, dancing, and entertainment while – for better or worse – Disney Springs is content being an upscale, outdoor shopping mall.

In 1996, Eisner's Walt Disney Company made one of the brashest purchases in American entertainment history to that point: they purchased Capital Cities/ABC Inc. for $19 billion (worth nearly $34 billion today – more than Pixar, Marvel, and Lucasfilm put together). It's that acquisition that left Disney in charge of a broadcast network (ABC) and began the company's growth into the international media conglomerate we know today. As part of the purchase, Disney also inherited majority ownership of ESPN, a leading cable sports channel.

It was reported Disney Parks and Resorts vice president Art Levitt who suggested leveraging the ESPN brand on a wider scale. Given his one-time role as CEO of Hard Rock Cafe International, Levitt was just the man to oversee the operations of a whole new subsidiary at the company called Disney Regional Entertainment. (Pleasure Island and later, Downtown Disney, was retroactively nested under this banner, too.)

Levitt reportedly had difficulty selling the concept to ESPN leadership but managed to squeak out the EPSN Club at the brand new Disney's BoardWalk entertainment complex in 1996 as a proof of concept. It worked.

Each ESPN Zone was essentially an ornate "Bar & Grill" with hundreds of television screens. Placemats were printed daily to include the previous day's scores and the current day's sport match-ups, and the restaurant staff was subject to daily briefings so they could keep patrons updated on results. Most locations also included private screening rooms, plus a 10,000 square foot arena. All locations were also set up for live broadcasting, sometimes including full radio studios for live commentary.

WHAT HAPPENED: Starting in 2009, ESPN Zones started dropping like flies. Disney cited the "economic environment" during the Great Recession as the reason that Denver and Atlanta's closed within six months of each other. By the next summer, just two locations remained: Disneyland and Los Angeles. Even then, Disney officially sold off the management rights, washing their hands of the concept.

The L.A. location closed for good in 2013, while the lone survivor in Disneyland's Downtown Disney held on till 2018, only closing to make way for a hotel that never came. (The building is used for occasional promotional events, but is expected to be torn down as part of a wider Downtown Disney redevelopment in California.) However, the prototype ESPN Club remains at Disney's BoardWalk Resort! It's currently closed as part of the resort's slow re-opening, but its closure is still expected to be temporary.

Meanwhile, back in Florida...