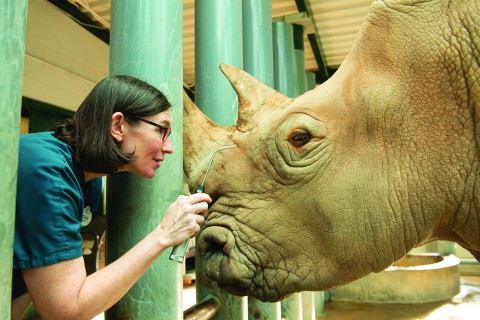 When Disney first announced plans to launch an exclusive streaming service, many fans were understandably skeptical—it seemed like everyone was trying to get a slice of the streaming pie. Would the service be able to produce a sustainable amount of content? Would it only cater to niche audiences like families with kids or fans of classic Disney fare?

Disney+ has not only succeeded as a major streaming provider—the investment may have saved the company’s skin. When the COVID-19 pandemic shut down theme parks around the world, families stuck in lockdown flocked to streaming providers for some sense of escape and normalcy. At the same time the parks languished during extended closure, Disney+ subscriptions soared.

With the increase in subscribers has come an increased demand for content centered on Disney parks. Disney+ first dipped its toe into this arena with the release of the highly acclaimed series The Imagineering Story shortly after the service’s launch. Since then, the service has released an impressive range of content to satisfy avid Disney parks fans—to the point it can be a challenge to sift through it all.

Eager to get your Disney parks fix from the comfort of your home? Here are the top ten gems we found on Disney+ for fans of every type…

Let’s start with the most obvious winner—The Imagineering Story is one incredibly well-done show, so much so that even viewers unfamiliar with the parks may enjoy it.

The Imagineering Story is a six-part documentary series that tells the story of the trials and triumphs of Disney Imagineers throughout the entire history of the parks. It’s hard to summarize all the things the show did right. For one thing, it avoided Disney’s usual tendency towards sensationalism, use of reality TV tropes, or even the common flaw of feeling like an advertisement.

It simply told a story, and it did so in a way that was dramatically engaging and beautiful.

The filmmakers highlighted Disney’s biggest wins as well as some of their most embarrassing losses—they didn’t shy away from such epic flubs as Black Sunday or the troubled openings of EuroDisney and Disney’s California Adventure. While they avoided a few notable missteps, the filmmakers leaned into the company’s learning experiences as well as their home runs. Hearing the story told by the Imagineers and leaders who made the magic possible makes for an impressively gripping ride.

Needless to say, if you’re looking for Disney parks content on Disney+, The Imagineering Story is a solid place to start.

2. “The Pre-Opening Report from Disneyland”

At first glance, the Disneyland Pre-Opening Report looks like about as dry an offering as could be found for parks fans. I almost passed it by completely when I was first looking for content for this piece.

I’m glad I didn’t—of all the content for Disney parks fans on Disney+,  this is the one I would best describe as a hidden gem.

The film is exactly what it’s described as—it was the final publicity film Disney released to encourage people to visit Disneyland before the park’s opening. Instead of feeling like a pandering commercial or something intended for a board room, for modern audiences, the film offers an intriguing glimpse into Disneyland before it ever opened its gates.

For one thing, Disney did an excellent job restoring the footage—the resolution is impressive for a historic film. Walt Disney suddenly feels like a figure from our modern era as he hosts the piece, simply stylized in black and white for cinematic purposes. I found myself leaning in listening to him calmly describe both hopes and challenges surrounding the realization of Disneyland.

The film proves surprisingly enjoyable to watch, particularly if you’re familiar with some of the trials Disney faced when the park opened (wet concrete, guests jumping the fence with ladders, sinking boats, attractions on fire, etc.). It’s fascinating to get a glimpse into the mind of the American public during this time, as well as the way that things we take for granted in theme parks now were revolutionary at that time.

3. “Disneyland Around the Seasons”

Disney+ currently has a second notable offering from Disney history—a rather important episode of Disney’s Wonderful World of Color called “Disneyland Around the Seasons”.

This somewhat-oddly named special holds a unique place in Disney history—it was the first episode of the show to air after Walt Disney’s death (three days after). The episode served as a tribute to Walt’s legacy shown through in-depth looks into new offerings at Disneyland.

In some ways, the film feels like a predecessor to the YouTube videos and detailed ride-throughs fans enjoy today. Throughout the course of the show, viewers are invited to enjoy the grand opening of It’s a Small World followed by detailed footage of the whole ride. Great Moments with Mr. Lincoln and the Disneyland Railroad get similar treatment. Viewers also get a close look at the opening of New Orleans Square, Fantasy on Parade, and one of the park’s original candlelight processionals. Overall, it’s another enjoyable offering for fans of Disneyland nostalgia.

4. The Magic of Disney’s Animal Kingdom

After the success of The Imagineering Story, it’s no shock that Disney has taken several more swings at documentary filmmaking.

One of the service’s most recent offerings is The Magic of Disney’s Animal Kingdom, an eight episode documentary series exploring the relationship between Disney cast members (and Imagineers like Joe Rohde) and the animal denizens of the park.

The show was produced by National Geographic, and it bears a number of familiar hallmarks from that network. Having worked over ten years in the television industry, I will be the first to admit that my patience for many reality TV tropes is fairly low. I tend to enjoy the storytelling feel of something like The Imagineering Story or nature content along the lines of Planet Earth much more than the average Nat-Geo show simply because of this bias. For this reason, it took me some time to warm up to The Magic of Disney’s Animal Kingdom. It feels at times distinctly like a reality show, one possibly more likely to appeal to kids than adults.

However, the in-depth look at the relationship between the humans behind Disney parks and its endearing animals makes the ride worth it. This show offers a lot of content in its eight episodes, and you would be hard pressed to find a closer look into the behind-the-scenes workings of the park. Overall, The Magic of Disney’s Animal Kingdom is another win for the service and for fans of Walt Disney World.

Similar in some ways to The Imagineering Story, One Day at Disney is a feature-length documentary that examines the daily work of a wide range of Disney employees throughout the company’s many wings. Several of these segments tie to Disney parks specifically, including exploring the work of Eric Baker, an Imagineer and prop fabricator for Star Wars: Galaxy’s Edge, and Natalie Mylniczenko, a veterinarian at Walt Disney World.

As a huge fan of both Star Wars: Galaxy’s Edge and Disney’s Animal Kingdom, I very much enjoyed the glimpses into Eric and Natalie’s work. The segment focusing on Star Wars: Galaxy’s Edge really highlights one of the things that makes the land great—in so many ways, Disney Imagineers are superfans. In the case of Galaxy’s Edge, Disney essentially set loose a small army of extremely talented Star Wars geeks and gave them the resources to create wonders. This is especially clear watching Eric cheerfully tell the story of props scattered throughout the land.

As for Natalie’s segment, it’s hard not to lean in when Disney’s animals are involved. The cute factor shoots through the roof immediately as she runs an ultrasound on a very well-behaved female porcupine, and the fun just continues from there. Having seen Disney’s veterinarians at work several times, it’s a real joy getting to see the work of one even closer.

The film is just the start to One Day at Disney—Disney+ actually has a whole series of shorts continuing the story with glimpses into the lives of dozens of Disney employees, including many connected to the parks.

What to Expect Park Hopping at Walt Disney World Right Now (And Is It Worth It?)