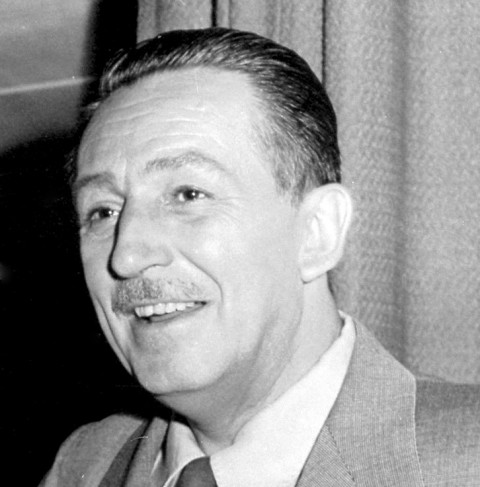 The Walt Disney Company is facing the most difficult setback in the company’s history—the extended closure of their theme parks around the world due to the COVID-19 pandemic. Since the opening of Disneyland in 1955 and the opening of Walt Disney World in 1971, the company has never faced a challenge like they are during this strange season. Disney has already had to adapt to the changing times by announcing delays and cancellations for numerous projects, as well as cutting expenses anywhere they can. The situation looks so grim that people might question how Disney will ever bounce back from it…

Despite the severity of the present crisis, it is not the Walt Disney Company’s first setback. The road to the Disney parks we know today was actually beset by multiple obstacles that the minds behind the House of Mouse had to navigate. Looking at how Disney recovered from past snafus can actually give us some clues how they will persevere through this present crisis… perhaps even to the point that a better future for Disney parks will emerge.

Read on for some of the biggest setbacks in Disney parks’ history, and how they overcame them!

People were highly skeptical when Walt Disney said he planned to open a theme park. Indeed, theme parks as a concept really didn’t exist as we know them in 1955 (the closest thing would have been something like Santa Claus Land in Indiana). Amusement parks were known for being dirty, scary, and sketchy across the board—not the type of place where families wanted to vacation. A lifelong visionary and pioneer, Walt Disney decided he wanted to change that. He intended to make a park where guests could interact with his characters in real life, where the entire family could laugh, play, and imagine together in a wholesome environment that celebrated the past, present, and future at its best.

Nobody believed he could pull it off. Critics called Disneyland Walt’s Folly, and they questioned literally everything he was doing from his strange choice to locate the park in the rural orange groves of Anaheim to his commitment to theming, unlike most disjointed amusement parks. The project even led to a painful split between Walt and his brother, Roy, who wasn’t interested in the project.

Despite the opposition, Disneyland opened its doors on July 17, 1955. It’s important to note that this wasn’t supposed to be an official opening to the park but rather a sort of soft opening for press, VIP’s and specially selected guests to generate interest in the project.

The day was a disaster that would go down in infamy, to the point it is now known as Black Sunday.

Black Sunday was a disaster of comical proportions. The biggest issue appeared when something around 28,000 people showed up with tickets to visit the park. This was a problem since Disney only distributed 15,000 tickets—the other 12,000 were counterfeits. Guests went to such ridiculous lengths to huckster their way in that one fellow propped a ladder up against the fence and started charging people $5 a climb to hop the fence and skip the turnstiles entirely.

Needless to say, this influx of extra people caused huge infrastructure problems. Anaheim only had one major highway, and the crowds caused a seven mile traffic jam so bad that guests decided to use the side of the road and the parking lot as a bathroom. The park itself felt painfully crowded—it wasn’t designed for those numbers yet. An unexpected plumber’s strike left Walt with the option to offer guests bathrooms or drinking fountains. He wisely chose bathrooms, but extreme heat left guests ravenous for beverages and food. Vendors across the park completely ran out of food and refreshments. The scorching temperatures prevented the asphalt in the ground from fully setting, and women found their high-heeled shoes occasionally sinking into the melting stone and getting stuck.

That’s not even half of the madness that took place. Tomorrowland was unfinished, and multiple attractions including Peter Pan’s Flight, Dumbo, and Rocket to the Moon were closed. Thick weeds had sprouted along the route of the canal boats, so Walt sent cast members scurrying in with signs bearing fancy Latin names to make the foliage appear purposeful. The Mark Twain almost capsized, Sleeping Beauty Castle caught fire, and a gas leak shut down half the park. To make matters worse, TV crews cordoned off large sections of the park for broadcasting, confusing crowds even more.

Oh, and Walt got locked in his apartment above Main Street and couldn’t get out for a time. Perhaps he just didn’t want to?

The press were not kind to Disneyland, and they suffered a number of further issues in the following weeks including flipping stagecoach carriages, damaged Autopia cars, and even a panther vs. tiger fight during a parade. Despite the harried start, however, the public was captivated by Walt’s vision for Disneyland, and he persevered, maintaining a commitment to excellence as they addressed problem areas one day at a time. People kept coming, and Disney found their stride along the way. Within two months, the park had drawn a million visitors, and the rest is history.

2. The death of Walt Disney

Walt Disney took on and succeeded in many pursuits during his lifetime, but the one project that eluded him even to the end of his days was his Florida project. EPCOT—his Experimental Prototype Community of Tomorrow—was to be his greatest achievement, not just a park but a contribution to the human race. Walt’s vision for EPCOT was lofty to say the least—even a little disturbing in some of the more Big Brother-like ideas he had to maintain that utopian society. EPCOT would become a prototype where guests could visit, learn about other cultures, discover new technologies, and more. He was so committed to the project that he only caved and agreed to build a Disneyland West in order to provide a surefire financial draw to support EPCOT.

The problem was that Walt was really the only person who understood how the whole thing was supposed to work, especially in regards to critical infrastructure… and when Walt Disney died of lung cancer on December 15, 1966, his plans for EPCOT suddenly stretched into the realm of the impossible.

Walt’s older brother, Roy Disney, ended up inheriting the reins to the company, and despite great optimism in the ranks, Roy was more of a realist. He had to find a way to preserve his brother’s legacy in a manner that would ensure their success, and that meant adapting Walt’s plans the best he could. The first shift came in admitting that EPCOT would have to go on hold, and that it would likely not be achievable in the form Walt desired as a living city. He turned his focus, instead, to the Magic Kingdom.

It turns out that Roy knew what he was doing. In opening Walt Disney World with the Magic Kingdom first, improving on Disneyland wherever he could (such as in making sure the park was built above a series of corridors so cast members could move about unseen—a hugely important detail to Walt), he laid the groundwork to ensure the rest of Walt Disney World would become possible. EPCOT Center was adapted from a prototype city to a park unlike any other celebrating history, technology, culture, and communication. He sprinkled in Walt’s most beloved elements wherever he could (such as in use of the monorail and PeopleMover), and balanced love for his brother’s legacy with savvy business-mindedness.

3. The death of Frank Wells

In 1984, a changing of the guard took place. The Walt Disney Company had nearly been toppled by aggressive takeovers, and it became clear that a business-minded CEO was needed to take the helm of the ship. The role ultimately went to the President of Paramount Studios, Michael Eisner. However, Eisner wasn’t the only important key play of this era—Disney also hired Warner Bros. chief, Frank Wells, to fill the role of President.

Eisner and Wells became something of an unstoppable team, and their partnership led to a golden age of revitalization for Disney. The company’s animation department kicked off the Disney Renaissance era of films, and the parks themselves underwent explosive growth with the completion of Disney-MGM Studios, Disney’s Animal Kingdom, and a number of successful resorts. Fans still remember the 90’s fondly as one of the greatest decades in Disney history. Unfortunately, the tide turned when the unthinkable happened…

Frank Wells died in a helicopter crash in 1994.

It was a heartbreaking loss for the company, particularly for Michael Eisner and the Disney Imagineers. Frank balanced out Michael Eisner in so many ways, particularly in offering a keen eye for business to Eisner’s creativity. Frank’s death threw off that equilibrium and led both to political and personal problems within the company. Eisner loved the parks, but without someone with Wells’ keen perspective, he made a number of questionable calls that would ultimately put strain on the park’s creative teams. To make matters worse, Eisner developed severe health problems surrounding his heart.

Frank Wells’ death came at a pretty critical time, one that would lead to a chain reaction of setbacks. The company had just taken a hit in 1992 with the flubbed opening of EuroDisney (later to be renamed Disneyland Paris). The French seemed to despise the park, particularly citing that Disney didn’t seem to understand Parisian culture. The company took a financial hit as well as criticism from the press, and the changing of landscape for the company’s leadership steered the company towards micromanagement, belt-tightening, and some distinct creative misses.

Indeed, we can’t fully examine how Disney escaped the shadow of Frank Wells’ death without digging into the series of snafus that followed…

Apologies for this mistake, it has been changed in the article. Thanks for reading and kind regards.