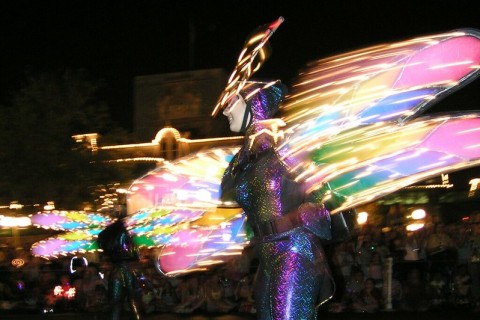 One of the great things about all Disney Parks is their commitment to never being finished. There is no such thing as a “complete” Disney theme park, because they are always meant to grow and change as technology and our culture evolves.

Yes, sometimes, that means beloved rides like Horizons at Epcot or Mr. Toad’s Wild Ride at the Magic Kingdom leave us far too soon. But, even when that happens, it means we get new and exciting rides in their place. The Disney Parks are not museums, nor should they be.

But, Disney sometimes disappoints us in other ways. Instead of taking out an aging attraction and replacing it with something shiny or new — and, instead of giving an old attraction a nice refurbishment — Disney will opt to simply rip something out of one of its parks without a planned replacement.

Some of these depressing wastes of space have had either been replaced or have had announced plans to replace them — from the defunct River Country to the dying-on-the-vine Innoventions. But others are still vacant, with no real replacement imminent. 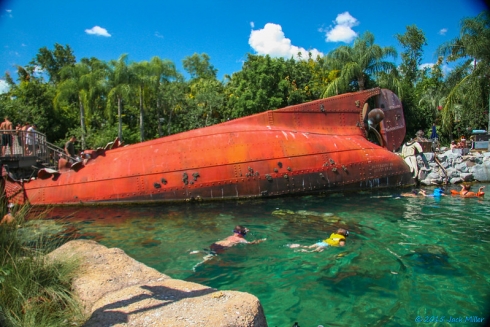 When it opened, the Shark Reef at Disney’s Typhoon Lagoon was one of the most unique attractions ever created for a theme park. Themed to a small shallow cove with a capsized-tanker serving as the home to a vibrant ecosystem of reef-bound life, this area allowed guests to borrow snorkeling equipment from the park to complete a short swim. While in the area, guests could see fish, rays, and even small sharks — up close and personal.

The attraction suffered slightly due to the fact that the water in the cove wasn’t warmed like the rest of the park’s water — making it more suitable to the life living inside it, but a bit less pleasant for vacationing guests hoping to have a fun day at all times of year.

Disney opted to close this attraction in 2016, filling in the cove with sand and closing up the ancillary areas — turning it into more seating for guests. As of this writing, there are no plans to put anything new into the area, making it simply a reminder of the creative and adventurous attraction that used to live there. 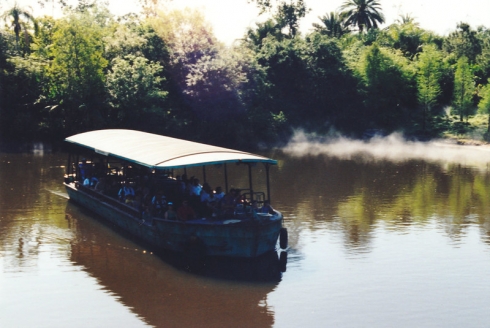 The rivers around Discovery Island in Disney’s Animal Kingdom were, originally, not only decorative. In the park’s first year of operating, they found themselves home to the Discovery River Boats — a short cruise ride around the park, showing off the new themed lands and a giving a bit of a different perspective to the wildlife inhabitants.

There was just one problem: There wasn’t really anything to see. Guests could board the one-way trip to see ... the Tree of Life ... or the Africa area ... or the other side of the Tree of Life. Disney augmented this with some on-board wildlife and expert spieling cast members, but it didn’t really do much — guests still mostly were left bored in a park that famously lacked much to do in its early days.

A rebrand to the Radio Disney Cruise didn’t quite land either, leading Disney to simply shutter the ride less than a year after the park opened. The waterways have remained empty ever since. Yes, the company retrofitted the wider lake-sized section near Expedition Everest to accommodate the nighttime Rivers of Light show, but the rivers themselves remain somewhat underutilized space in such a gorgeous park.